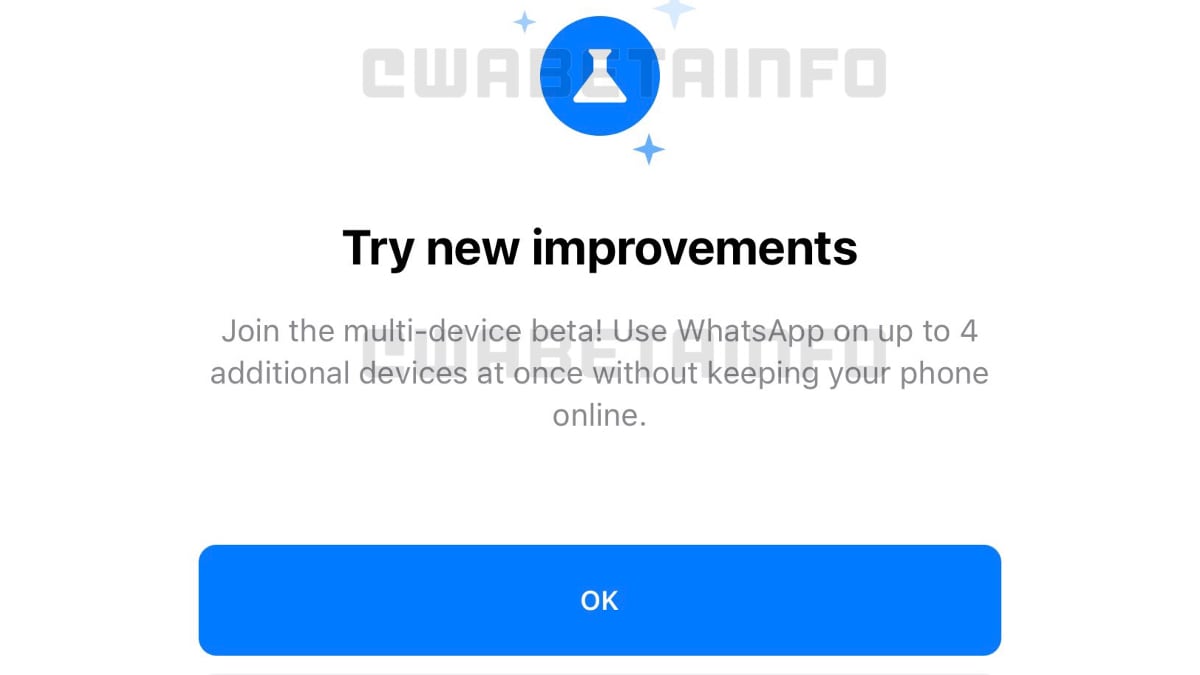 WhatsApp may begin early testing of the much-anticipated multi-device feature soon. This feature, as the name suggests, will enable users to login into multiple devices with the same WhatsApp account, without having to log out of any of them. This feature is expected to allow users to link up to four devices with the same account at once. Multi-device support on WhatsApp has leaked in the past on many occasions and it is now tipped to be nearing launch. This comes after Facebook CEO Mark Zuckerberg and WhatsApp chief Will Cathcart confirmed that multi-device testing for public beta users will roll out in a month or two.

WABetaInfo, a popular WhatsApp features tracker, tweeted on July 6 that multi-device support will roll out soon for testing purposes. The tracker will announce the rollout with details on how to be a part of the public beta programme soon. The public beta programme is expected to offer access to limited users only and therefore users must follow WABetaInfo and keep the notifications on to get real-time updates. In any case, the tracker confirms that multi-device beta will enable the use of WhatsApp Web without an Internet connection on the phone.

The features tracker noted that WhatsApp users need to be on the latest beta version of WhatsApp for Android and WhatsApp for iOS to be able to participate in the multi-device beta programme. The first version of public beta is expected to roll out soon, and then the company is likely to test it for a while before rolling it out commercially for all users.

A screenshot of the upcoming multi-device feature was also shared by WABetaInfo, and it showed a dialogue box that invites users to join the multi-device beta. The dialogue box reads, “Use WhatsApp on up to 4 additional devices at once without keeping your phone online.”

As mentioned, multi-device support has been under development for more than a year now. While speaking about the delay of the feature, Zuckerberg told WABetaInfo, “It’s been a big technical challenge to get all your messages and content to sync.” However, the company has managed to iron out all issues and is reportedly all set to release the first version of public beta.