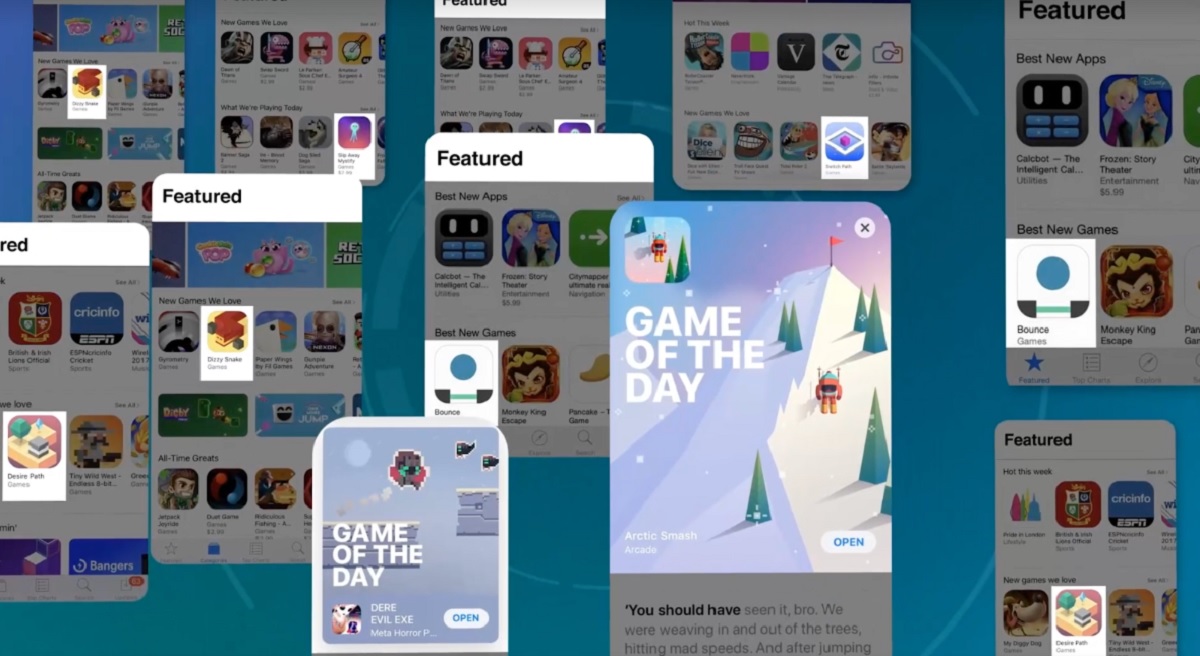 Where does your enterprise stand on the AI adoption curve? Take our AI survey to find out.

Don’t be jealous of that successful gaming app swimming in installs. Your apps about news, retail, food delivery, transportation, and more can join them. Winning today’s ad game requires range and creativity in advertising experiences — something that games have been doing successfully for years.

It’s beyond time that other apps learn from the success of games and apply their methods. So instead of being jealous, here’s four tips to learn from that game app, along with examples of how other categories might be able to use them.

Grabbing a user’s attention typically happens within a content feed they’re already engaged in. That’s a tough sell to start with. But even if you succeed there, users are taken to an app store and greeted with reviews, competitive apps, and a lot of other noise that can distract them from hitting install.

Game developers have mastered the art of grabbing a user’s attention and holding it until the install is complete. For example, a playable ad gets them potentially hooked on a game before they install it. And that’s the simplest way to be sure they hit download.

Consider a fast-casual restaurant. They could use the playable ad to invite the user to build their ideal burrito or ice cream sundae. And when they finish creating their concoction, they’ll be drooling over the desire to download the app and have it delivered right away!

Since gaming apps don’t typically have a mobile web component, the survival of mobile game publishers relies on getting users to try and then become fans of their wares. In response, game publishers live on the cutting edge when it comes to finding innovative ways to help players discover their app.

In addition to playable ads, we’ve seen game publishers have success using Instant Apps, Interactive Video Polls, Dynamic End Cards, and other solutions that all are built to break through the competitive noise. Marketers should look to these engagements that make the advertisement more of an “experience.”

Let’s take a hypothetical example of a tax-preparation app. They could use interactive video to show features of the user interface. And then have a Dynamic End Card that enables users to engage with it to see the potential impact certain variables (such as adding a dependent or a 401k) might have on their tax return.

Game publishers go inside the heads of their players every day. This user understanding has paid off in not just installs but also delivering long-term value. One thing that has paid off smartly for them is their use of on-device techniques like preloads and set-up wizards — a solution they employ five-times more than any other app category. These solutions help not only with the new phone buyer (who are three-times more likely to install apps), but also gives the game constant impressions every time they swipe through the device. That’s a great way to stay top of mind!

A particularly clever on-device method is Game folders that organize all the games on a user’s device into one location. While users get the benefit of having all their games in one place, the games folder will suggest new games for the user to play. And, after all, what’s more appealing to a game user than another new game experience sitting right at their fingertips?

Now let’s consider a retail app that specializes in children’s apparel. They could align an on-device component with Back to School season to help build equity and exposure so that their brand is in the user’s head when they need to buy clothes for their kids. Additionally, their app will be in set-up wizards for new phone buyers during that time period ensuring their app is seen before any competitive apps.

While gaming publishers might not necessarily use all of the above solutions, they have tested them and found the ones that worked for them. All of these tactics can be deployed by other categories of apps, including news, social media, retail, streaming services and task-specific apps.

And while some of these solutions won’t be suitable for every app, the important part for developers is to think outside the box and test the ones that might work well. Gaming apps have helped illuminate opportunities and now it’s up to other apps to find their way to the light.

What’s more, all of these tactics have been market-tested and perfected by game developers, whose existence depends on breaking through the noise, which means there’s no need to reinvent the wheel. So it’s time to stop being jealous of that successful game app down the street and start copying them and reap the rewards!

Scott Tomkins is the senior vice president of global revenue for Digital Turbine.