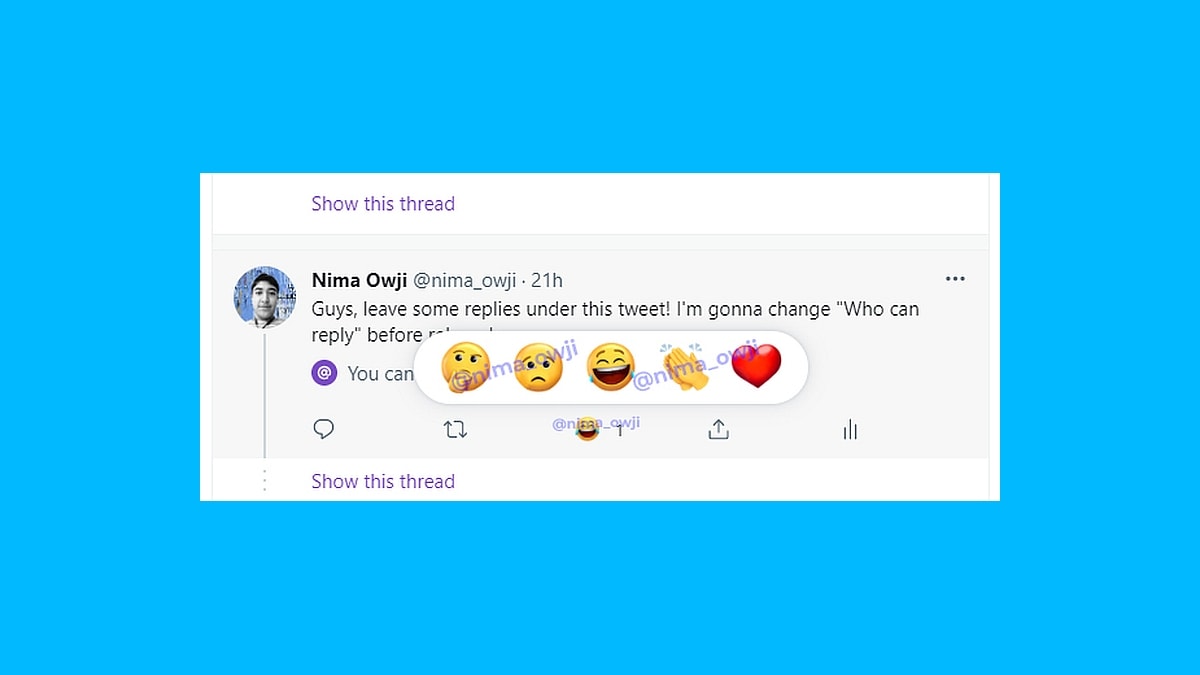 Tipster Nima Owji (@nima_owji) tweeted details on the emoji reactions on July 4. All five reactions are seen have their own emojis in the screenshot he shared. An earlier report showed only two such emojis — a thinking face for ‘hmm’ and a laughing face for ‘haha.’ The rest of the three emojis had a heart as the placeholder emoji but that has changed now. ‘Cheer’ reaction shows a clapping hand emoji, while the ‘sad’ shows a sad face emoji. ‘Like’ reaction retains the heart emoji. Owji’s tweets were first spotted by 9to5Mac.

It seems that not all users have received the new feature yet but looking at the development process, it can be expected that Twitter may roll out the feature soon. Once released, users may have to long-press on the react button to discover all emoji reactions, just like Facebook.

Another tweet by Owji shows that Twitter is working on incorporating Fleet and Twitter Spaces rings for its Web app. At present, users are not able to view Fleets on the Web app but that is expected to change soon.

Owji also tweeted that Twitter is working on letting users search their DMs using keywords. The social media platform had announced the introduction of the search bar for its Android app, that had been available for iOS users since 2019. However, Owji discovered that Twitter will extend this functionality for its Web app as well.