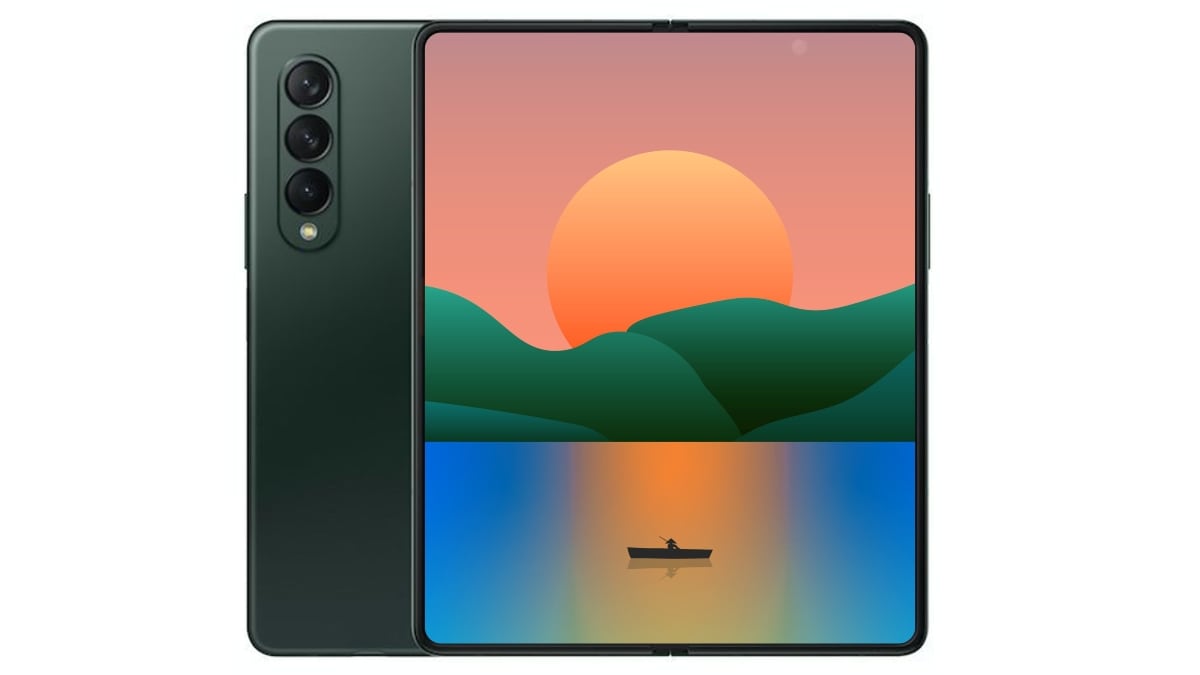 Samsung Galaxy Z Fold 3 has appeared online with an under-display camera. A render has been leaked on the Web that suggests the upcoming Samsung foldable phone will offer new selfie camera technology. The Samsung Galaxy Z Fold 3 is expected to arrive alongside the Galaxy Z Flip 3 next month. Some concept renders of the phone indicated its rear camera module similar to the one featured on the Galaxy S21 Ultra earlier. The smartphone is also expected to have an S Pen integration.

A tipster who’s available on Twitter with a pseudonym Ice Universe has posted the render showing the Samsung Galaxy Z Fold 3. The render shows the same design that we saw on the earlier images indicating the existence of the new foldable phone. However, in addition to suggesting the overall foldable form-factor, the fresh leak hints at the under-display selfie camera of the Samsung phone.

The camera isn’t entirely hidden and is slightly visible — similar to the normal hole-punch design. However, there is a thin layer on top to mask the selfie camera deployment.

Samsung is rumoured to be among the key smartphone vendors to launch smartphones with under-display selfie cameras. Some leaked images also suggested the development particularly on the Galaxy Z Fold 3. However, unlike players including Xiaomi, the South Korean company is yet to give a glimpse of what exactly users would get.

Some recent reports suggested that the Galaxy Z Fold 3 would carry a Qualcomm Snapdragon 888 SoC and a triple rear camera setup. The smartphone is also rumoured to have either a 4,275mAh or a 4,380mAh battery.

Microsoft Beats on Earnings
Google Reportedly Working on Fast Pair Setup for New Android Phones, May Debut on Samsung Galaxy S23 Series
With This Wallet You Can Do Everything
Fntastic Denies ‘Scam’ Claims, Says The Day Before Delay Was Pre-Planned After MMO Gets Delisted From Steam
Foldable iPad With Carbon-Fibre Kickstand Coming in 2024, iPad Shipments May Decline This Year: Ming-Chi Kuo