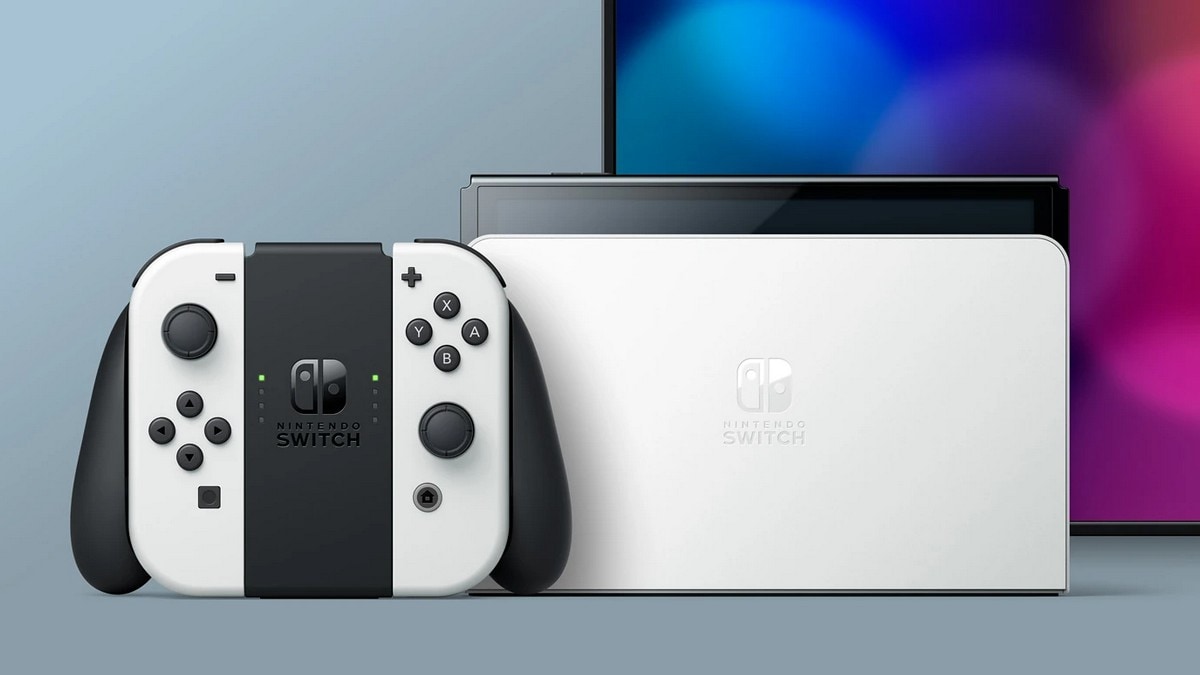 Nintendo Switch (OLED Model) has been announced with some upgrades and improvements over the original Switch. It will be offered in two colour options when it goes on sale later this year. Nintendo Switch (OLED Model) will be compatible with all current Nintendo Switch games and the current Joy-Con controllers. The OLED model brings a slightly bigger display but in the same console size, which means the bezels have shrunk just a little. It also comes with double the internal storage compared to the original console.

Nintendo Switch (OLED Model) is priced at $349.99 (roughly Rs. 26,100) and will be offered in two colour sets. The White set features white Joy-Con controllers, Black main unit, and a White dock. The Neon Red/ Neon Blue set features Neon Red and Neon Blue Joy-Con controllers, a Black main unit, and a Black dock. The OLED model will be available from October 8 in the US and select regions. As of yet, there is no information on its India availability.

The original Nintendo Switch, in comparison, was launched in 2017 at $299.99 (roughly Rs. 22,400). It is offered with Neon Red and Neon Blue Joy-Con controllers or Grey Joy-Con controllers. The console has not launched in India officially but is available for purchase via select online retailers. It is possible that the newer OLED model won’t make its way to the Indian market either.

Nintendo Switch (OLED Model) comes with a few key improvements over the original Nintendo Switch. The screen size has increased from a 6.2-inch LCD to a 7-inch OLED. The resolution stays the same at 1,280×720 pixels. The OLED model is powered by the same Nvidia custom Tegra processor but comes with 64GB of internal storage compared to 32GB on the previous generation Switch. It is expandable via microSDHC or microSDXC cards (up to 2TB).

Wireless connectivity options remain the same — with Wi-Fi and Bluetooth v4.1 — but the new console gets a wired LAN port in the dock. There is a 3.5mm headphone jack on the main console along with a USB Type-C port. It can offer an output of up to 1080p when plugged in to an external display when docked. Nintendo Switch (OLED Model) has the same battery capacity at 4,310mAh which the company says can last up to nine hours depending on the usage. In terms of dimensions, the OLED model has the same size at 101.6×241.3×13.97mm but it weighs slightly more at 421 grams compared to 399 grams of the original console.

A couple other improvements that Nintendo has made include a more sturdy and versatile kick-stand similar to what is present on Microsoft Surface Pro models. It can let you place Nintendo Switch (OLED Model) in a lot more positions that the original Switch allowed. Nintendo says the stereo speakers on the OLED model have been enhanced as well.