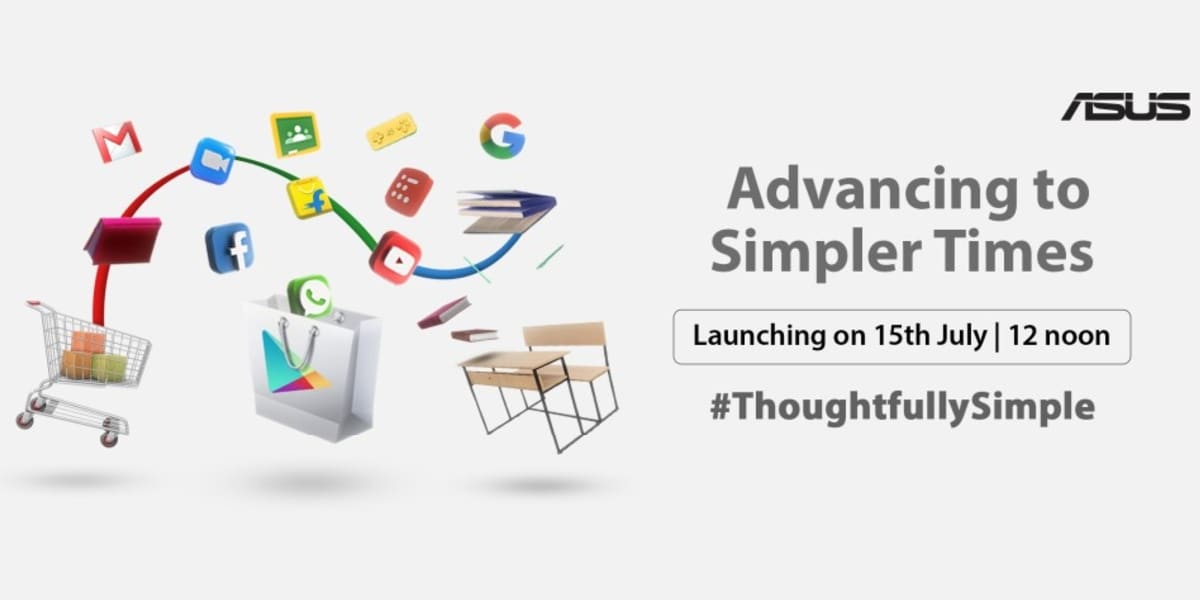 Asus has announced a strategic partnership with Flipkart to launch a new category of products in India that are claimed to be “affordable” and “simple.” First set of the new products will be launched on Thursday, July 15, the Taiwanese company said. Although both Asus and Flipkart are yet to reveal the details about the launch, the upcoming products are speculated to include Chromebooks from Asus. Previously, Asus and Flipkart partnered for launching new smartphones and Windows laptops in the country.

The partnership with Flipkart is one of the major steps in a series of other strategic efforts to deepen commitment to the Indian market and serve the unmet needs of Indian consumers designed with in-house engineering, R&D, and design resources, Asus said in a statement.

A dedicated microsite has been created on Flipkart to announce the July 15 launch. The microsite features an image that suggests the new products would mainly cater to the needs of people working and studying from home and include Google Play store access. Asus is also emphasising on bringing the new products with an affordable pricing. All this indicates that the launch could include new Chromebooks.

Asus has a number of models in its Chromebook portfolio in the global markets. However, the company has not yet brought any of those models to India.

The COVID-19 pandemic has helped Chromebooks become a popular category globally, as people shifted to remote working and learning models. According to a report by Canalys, Chromebook shipments worldwide surpassed over 11 million units in the fourth quarter of 2020. Key players including Asus are, however, yet to consider India as a significant market for Chromebooks.

“Flipkart has been our long-term strategic partner to bring in path breaking innovations to the Indian market. We are very happy and strongly believe this collaboration will bring about a radical change in the digital lives of Indians,” said Leon Yu, Regional Director, India and South Asia, Asus.

In April, HP brought its Chromebook 11a to India that offers up to 16 hours of battery life and is priced at Rs. 21,999. Dell also earlier this year launched its Latitude 7410 Chromebook as a premium offering with a starting price of Rs. 94,500.