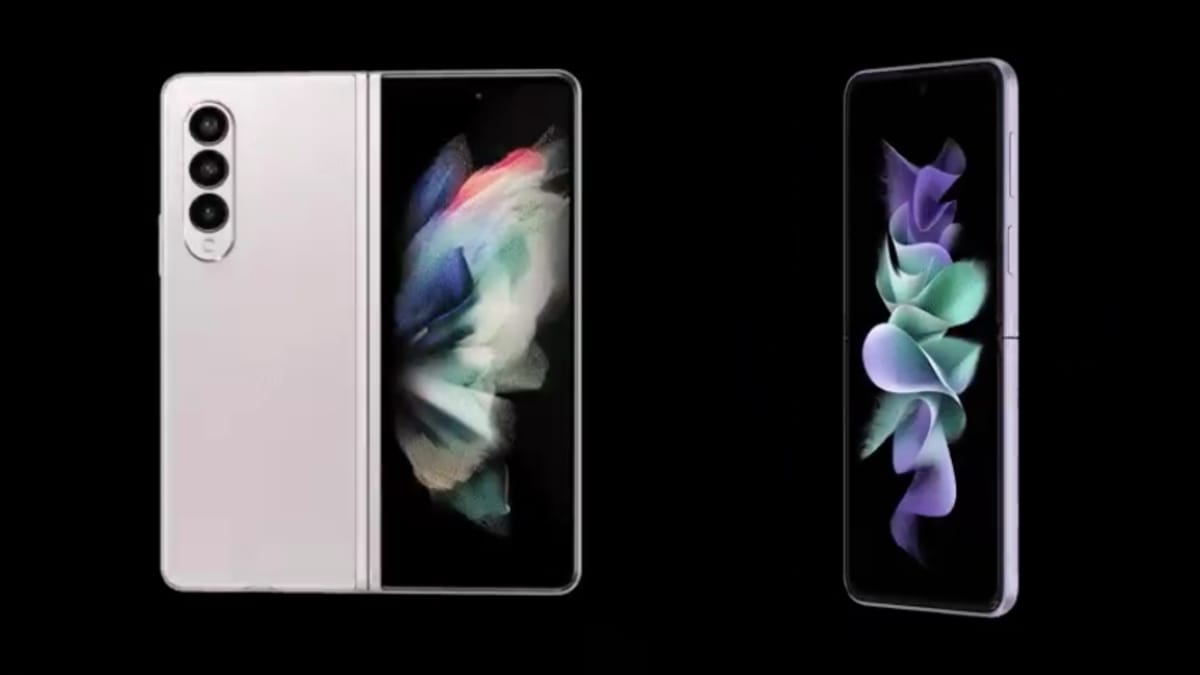 Samsung’s entire lineup that is supposedly launching at its next Galaxy Unpacked event on August 11, has been leaked online. The new range of devices would comprise the Samsung Galaxy Z Fold 3 and Galaxy Z Flip 3 foldable phones, Galaxy S21 FE smartphone, Samsung Galaxy Watch 4 Classic and Galaxy Watch Active 4 smartwatches, and the Galaxy Buds 2 truly wireless (TWS) earbuds that all have appeared in GIFs shared on Twitter. The latest leak also suggests what all the colour options we may get on the hardware that is expected to debut at the August event.

Reliable tipster Evan Blass has leaked what appears to be the complete range of the Samsung devices launching at the Galaxy Unpacked event next month. Blass has posted a long thread on Twitter that carries GIFs to suggest the design of the new devices.

The first device in the thread appears to be what has been rumoured as the Samsung Galaxy Z Fold 3. The foldable phone, which is speculated to carry an under-display camera and have S Pen support, appears in black, green, and white.

Blass has also leaked some GIFs that seem to have the official renders of the Samsung Galaxy Z Flip 3. The phone appears in black, gold, green, and purple colours. It is also seen with a clamshell design and the new secondary display that is rumoured to be larger in size over the one debuted on the Galaxy Z Flip and Galaxy Z Flip 5G.

The next model that Blass has leaked appears to be the Samsung Galaxy S21 FE that was recently reported to be delayed to September or October due to production constraints. The phone has been leaked in grey, purple, and white colours.

Alongside smartphones, Samsung is rumoured to have its new smartwatches in development that are likely to debut at the forthcoming Galaxy Unpacked event. One of the models is likely to be the Samsung Galaxy Watch 4 Classic that Blass has apparently tweeted in black, grey, and white colours. The GIFs posted by the tipster also suggested a rotating bezel on the new smartwatch, along with two physical buttons.

Both Samsung Galaxy Watch 4 Classic and Galaxy Watch Active 4 are expected to run on the new Wear OS version that Google is developing in collaboration with Samsung.

Samsung has not yet officially provided any details about its next Galaxy Unpacked event. Nonetheless, the tweets posted by Blass — considering his past track record — are enough to give us a sense of what all we could expect from the South Korean giant next month.