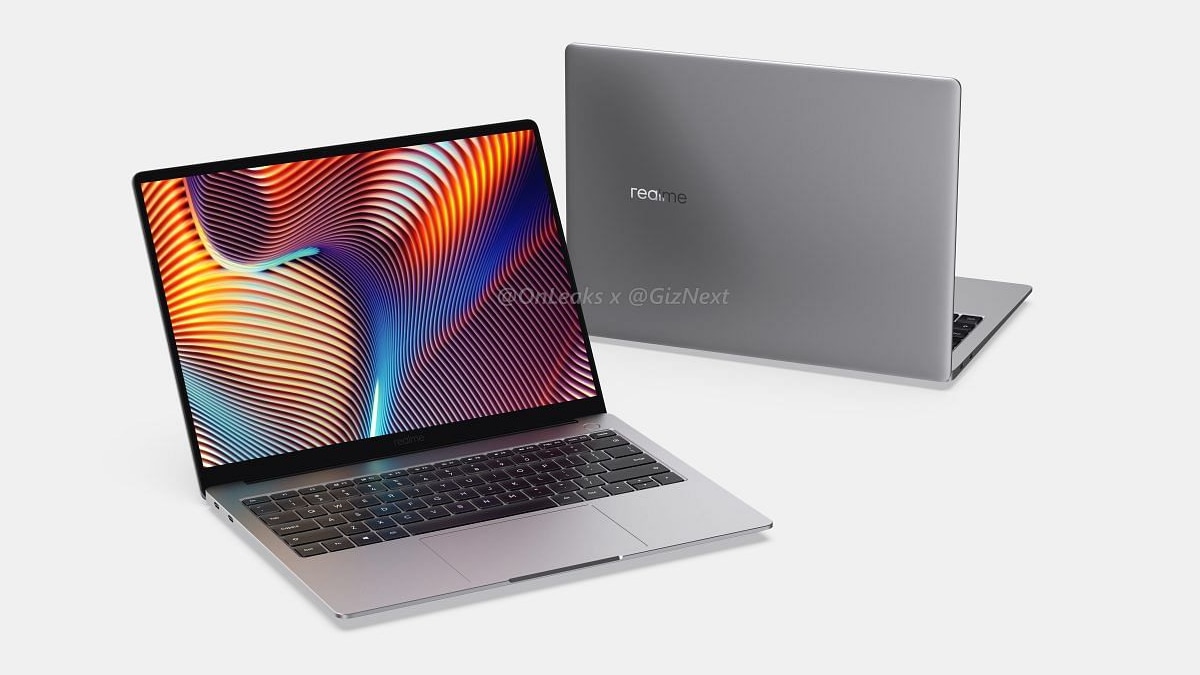 Realme Book is an upcoming laptop from the Chinese tech giant. Its renders have now leaked online, showing off its design from all angles. The leak also offers its specifications, leaving little to the imagination. The Realme Book is tipped to be powered by the latest Intel Core i3 and Core i5 processors and have a 14-inch full-HD display. There are expected to be multiple connectivity options on the Realme Book and it is likely to be offered in multiple RAM and SSD options. Pricing and availability details of the Realme Book have also been tipped.

Renders and a 360-degree video of the Realme Book have been leaked by Steve H. McFly (aka OnLeaks) in partnership with GizNext. The laptop has a silver finish both inside and out with an island-style black keyboard. The power button sits on the top right corner of the keyboard and is said to double up as a fingerprint scanner.

The report also offers details on possible pricing and availability of the Realme Book in India. The laptop will reportedly be priced starting under Rs. 40,000. The first laptop from Realme is expected to be launched in India by the end of August. Realme is yet to confirm the upcoming launch.

Tipped specifications of the Realme Book include a 14-inch full-HD LED anti-glare display with slim bezels on the sides. The report says that the laptop is touted to weigh roughly 1.5 kg. The upcoming Realme Book will likely measure 307mm in length and 229mm in width, and may have a thickness of 16mm. It is tipped to be powered by the latest 11th Generation Intel Core i3 and Core i5 processors paired with multiple RAM and SSD options. The laptop is likely to come pre-installed with Windows 10 OS and Microsoft Office software. Ports expected to be included are USB Type-C, USB Type-A, and a microphone-headphone combo jack.