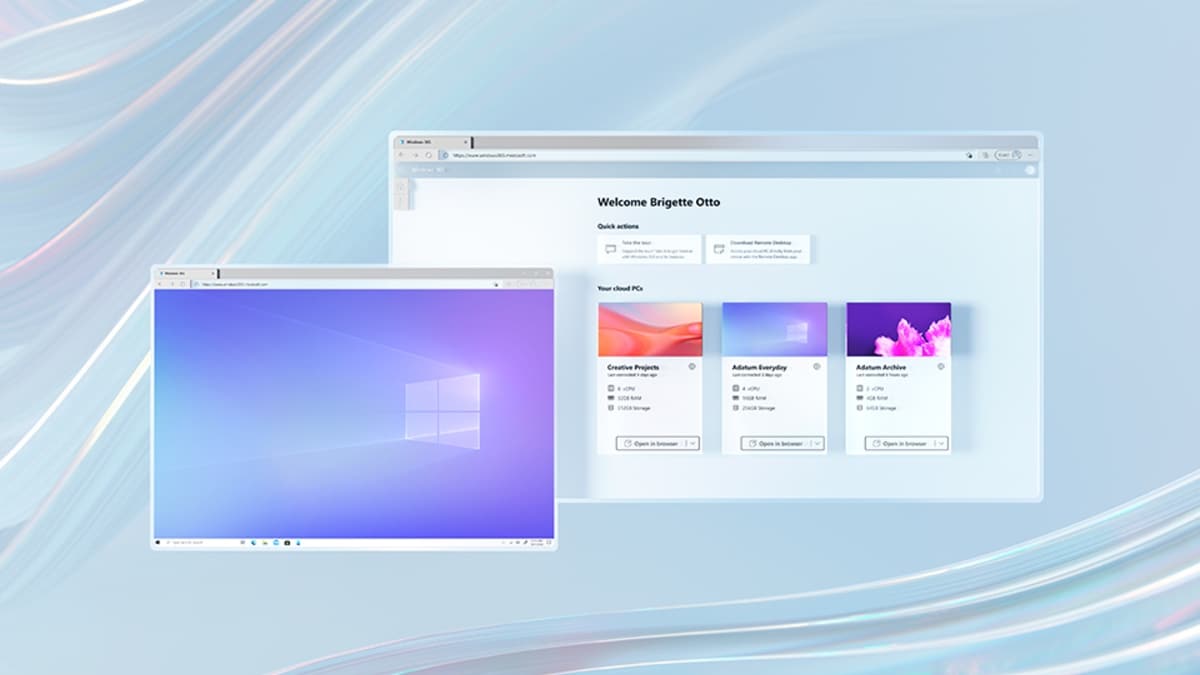 Windows 365 has debuted to offer an all-new way to access a full-fledged Windows operating system from anywhere — using a desktop, laptop, or even a mobile device. Microsoft announced the debut of Windows 365 at its partner-focussed virtual conference Inspire 2021 on Wednesday. The new offering brings the concept of a cloud PC to reality and comes as Microsoft’s latest product for the remote working environment that became so common with the arrival of the coronavirus pandemic last year. Windows 365 is designed to offer a complete computing experience through a native app or Web browser on any device that has an active Internet connection.

Microsoft said that Windows 365 would be generally available to organisations of all sizes starting August 2. It will be accessible through any device including a Mac, iPad, Linux, and even an Android phone. There will be two cloud PC configurations — Windows 365 Business and Windows 365 Enterprise. Pricing details are yet to be announced, though.

With Windows 365, Microsoft aims to offer an experience that looks, feels, and has the security of a traditional Windows PC but can be accessed through a native app or a Web browser. It allows users to access full Windows 10 (or Windows 11, once it will be available) directly from an app or using the Web browser. Users will also get access to their apps, tools, data, and settings from the cloud that they would want on their PC.

Thanks to the Microsoft Cloud integration, you will be able to access Windows 365 while switching between multiple devices and irrespective of the device, you will get the same experience. Since the service will run on the cloud, it will not result in any performance differences even when you move from a top-end device to a more basic one.

Windows 365 will let you run apps on the cloud
Photo Credit: Microsoft

Although Microsoft already offers Azure Virtual Desktop to offer Windows through the cloud to enterprise customers, Windows 365 is aimed to provide virtualisation that does not require dedicated IT support. However, if a company has IT admins, Microsoft said that they could manage and deploy cloud PCs based on Windows 365 using the same tools that they use to manage physical PCs.

“Windows 365 is really going to make a huge difference for organisations that wanted to try virtualisation for various reasons but could not — maybe it was too costly, too complex or they didn’t have the expertise in house to do it,” said Wangui McKlevey, General Manager of Microsoft 365.

Microsoft mentioned that Windows 365 will support business apps, namely Microsoft 365, Dynamic 365, and Power Platform, among others. Microsoft Endpoint Manager will also be able to work with Windows 365 to let IT teams manage cloud PCs provided in their organisations and apply management and security policies remotely from their devices.

IT teams will be able to manage Windows 365-based cloud PCs through Microsoft Endpoint Manager
Photo Credit: Microsoft

Windows 365 also comes with the Endpoint Analytics dashboard to offer analytics and give access to look at the Internet connection health across the network. Further, there is a new Watchdog Service to let IT teams run diagnostics.

In addition to offering remote access, Windows 365 is touted to be designed to address some of today’s security challenges using a Zero Trust architecture. The service comes with multi-factor authentication (MFA) to verify login or access attempts to the cloud PC using an integration with Microsoft Azure Active Directory. There are also options to delegate specific permissions such as licensing, device management, and cloud PC management using specific rules. Further, you can use Microsoft Defender for Endpoint for an enhanced security.

Microsoft also claimed that all managed disks running Windows 365-based cloud PCs are encrypted, all stored data is encrypted at rest, and all network traffic to and from the PCs is also encrypted.

The development of Windows 365 kicked off before the pandemic, with some references suggesting initial work started back in 2014. However, the coronavirus outbreak has helped Microsoft test the cloud-based service at a larger scale than it would have done earlier. The company also set the pitch for its new service by replacing Microsoft Office 365 with Microsoft 365 last year.