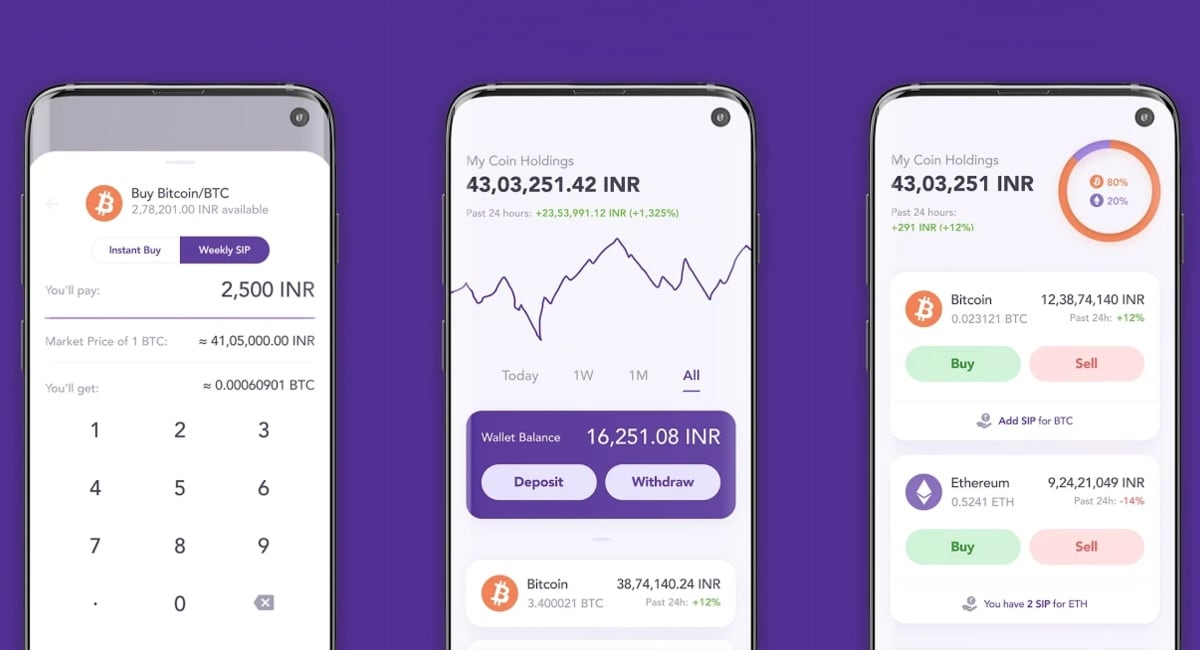 Cryptocurrency asset exchange ZebPay on Wednesday announced the launch of a new app that is meant to allow Systematic Investment Plan (SIP) options in Bitcoin and Ether. Called ZEBB, the app lets users start an SIP of as low as Rs. 100 to begin investing in the two leading cryptocurrencies. The new app has been launched in the midst of a fall in the prices of Bitcoin and Ether. However, despite a significant dip in prices in the last few days, both cryptocurrencies remain popular investment options. While some other cryptocurrency exchanges in India, such as WazirX, also have the nominal Rs. 100 minimum investment cap, ZebPay plans to make long-term, recurring investments in digital currencies much easier. The recurring investment model would also help ZebPay increase active usage on its crypto exchange.

ZEBB is aimed at lowering the barrier of entry for investing in Bitcoin and Ether, ZebPay said in a statement. Users just need to sign up and complete their KYC process to start investing in the cryptocurrencies through the app.

Once signed up, you can set up a recurring SIP schedule (such as weekly) on the app to buy or sell Bitcoin and Ether using ZEBB. The experience is similar to how one can buy mutual funds via SIPs. You can also alternatively buy Bitcoin and Ether units all at once. ZebPay claims that the app takes zero percent buying fees.

Alongside giving users the ease to invest in cryptocurrencies, ZEBB is touted to have the same level of customer data security and the security of customer deposits and wallet holdings that ZebPay offers to its regular customers.

The purpose of enabling SIPs in Bitcoin and Ether is to encourage investors to take the rupee cost averaging approach in which a user invests a fixed amount of money at regular intervals to buy more shares of the investment over time.

“Bitcoin and Ethereum are revolutionary technologies with tremendous growth potential, and SIP is known as one of the most efficient models of wealth creation helping users to invest in the best possible average buy price,” said Avinash Shekhar, Co-Chief Executive Officer, ZebPay.

He added that if, for instance, an investor had bought Bitcoin worth Rs. 100 every week in the past year, they would have gained around 72 percent on their total investment of Rs. 5,200.

ZEBB is available for free download on Android and iOS through Google Play store and Apple’s App Store, respectively. It is currently limited to Indian citizens.

Similar to ZEBB, there are solutions such as Bitdroplet and Unocoin that let you create SIPs in Bitcoin.

US Senator Urges Apple, Google to Remove TikTok From App Stores Over National Security Risks
Gadgets for real travelers
Naughty Dog Has Moved on From Uncharted, Co-President Neil Druckmann Confirms
What is Intel playing at…?
Samsung to Collaborate With Google, Qualcomm, Microsoft, and Meta on a New XR Headset: Report