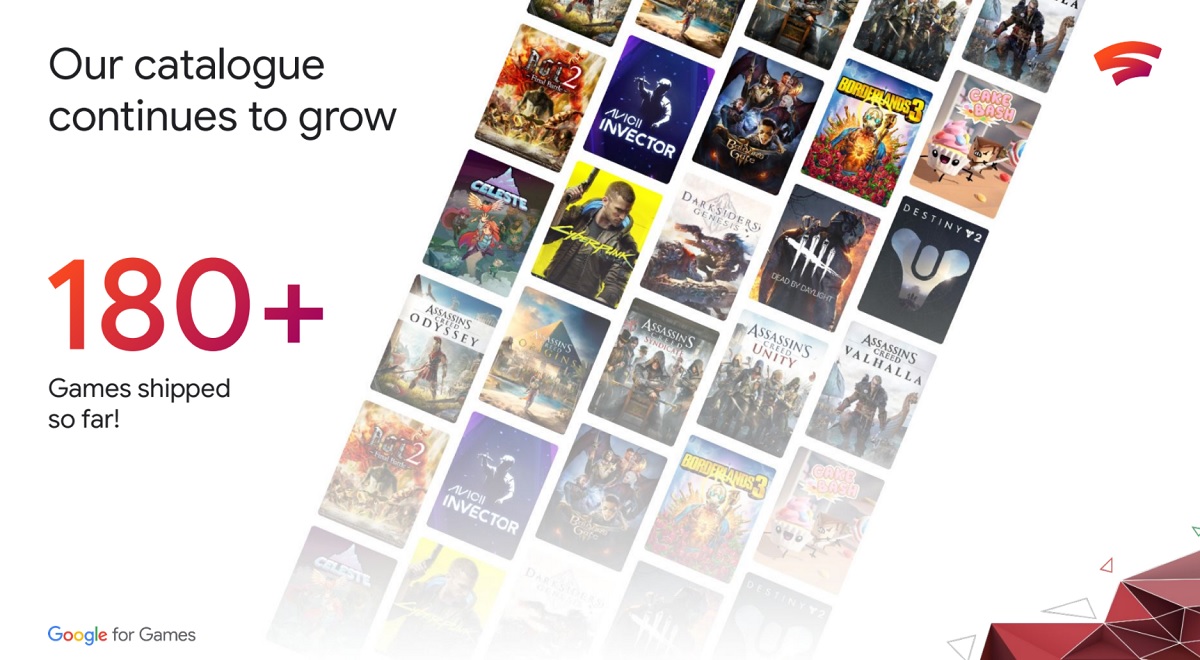 It’s fair to say Google hasn’t set the world on fire with its Stadia cloud gaming service. But the company is doing its best today to instill more confidence in the game platform with enticements that are pretty attractive.

The tech giant waded into the game business with a big presentation at the Game Developers Conference in March 2019, but it has pulled back on its investments during the pandemic and moved to a slower approach. With cloud gaming, Google hopes to use the processing power of its datacenters to stream outstanding graphics to any device, so players can play high-end games on any computer, smartphone, TV, or other devices they have with a screen.

For developers, Google said that it will share 70% of revenue proceeds with Stadia Pro game developers, or those who share their games for use on the paid part of the Stadia subscription service. And for influencers, Google has proposed an affiliate marketing platform for influencers (YouTubers and so on) who adopt the Click to Play feature, where a streamer shares a link and someone else can join the game live. That affiliate marketing program will get under way in the first half of 2022, after that feature goes live.

While these enticements are nice, Stadia’s overall progress has received a lot of criticism. The company decided to shut down its own game studios — including a Los Angeles studio headed by Jade Raymond. And adoption numbers have been disappointing, by most accounts. But Google is hoping that third-party game developers will continue their support. So far, the service has 180 games available.

I asked Stadia for a live interview to talk about this update, but Stadia PR turned that down and asked for email questions instead. I declined. 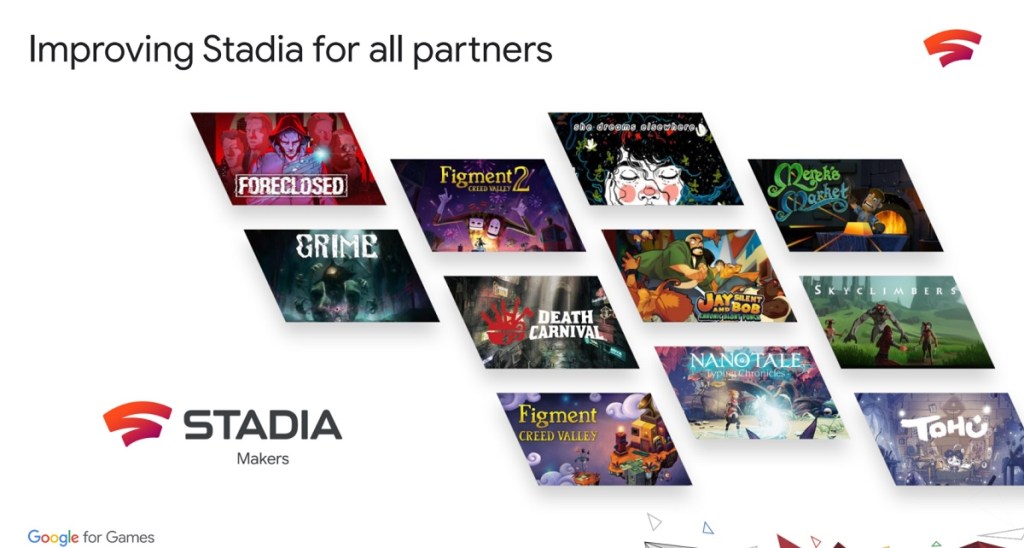 Above: Google is trying to share more revenue with Stadia partners.

Launching in the first half of 2022, Stadia Pro partners will receive $10 for each player that uses their Click to Play link to instantly play their game with the free trial month of Stadia Pro and successfully transitions to a paid subscription.

Meanwhile, by the end of July, Stadia Pro terms will give any new title that enters into Stadia Pro 70% of monthly program revenue back to partners. This will be based on engagement for active, claimable Stadia Pro titles, measured by “session days.”

Furthermore, in October, Google said it will adjust its revenue share terms to an 85% to 15% split for game sales, up to a $3 million threshold, for all games launching on the Stadia store through the end of 2023. This will give an 85% cut of game sales to the partner of every game that launches in that timeframe, and takes into account the sales of full games, microtransactions, preorders, and add-on content. That’s not a bad deal, and it might be the sort of thing that forces bigger companies to cut their royalty rates, as Epic Games has been advocating. 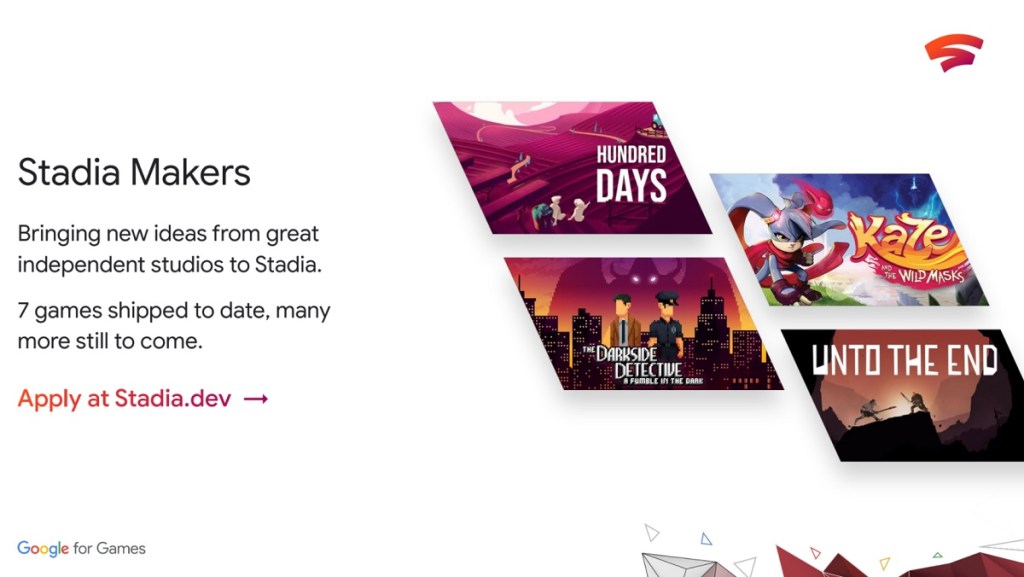 Careen Yapp, the strategic business development leader at Google, made the announcements in the Stadia developer summit today. She noted that Google started with a bold vision for the future of triple-A games when it first started talking about Stadia. It launched a free trial for PUBG in April 2020, and launched YouTube features like Crowd Play and Crowd Choice in November 2019 so that creators could stream games and engage with their viewers. In the fall of 2020, Stadia launched Cyberpunk 2077, and gained some acclaim as the platform without killer bugs that plagued the rest of the platforms.

Independent studios have delivered seven games to date — including Hundred Days, Kaze & the Wild Masks, Darkside Detective, and Unto the End. Google said that over the past year and a half the backend improved drastically. Stadia games are playable in 22 countries. Devices supported include smart TVs, Google TV and Cast devices, PCs, Macs, Chromebooks, Chrome browses, Android, and iOS via the web. (Apple has blocked it as an app by laying down some pretty tough rules for cloud gaming companies).

13 Coolest Gadgets That Are Worth Seeing
Apple Could Report Its First Decline in Quarterly Revenue in Nearly 4 Years, Say Analysts
Naughty Dog Has Moved on From Uncharted, Co-President Neil Druckmann Confirms
Bloomberg Live: What’s Next For Crypto?
Samsung SSDs Are Dying!?