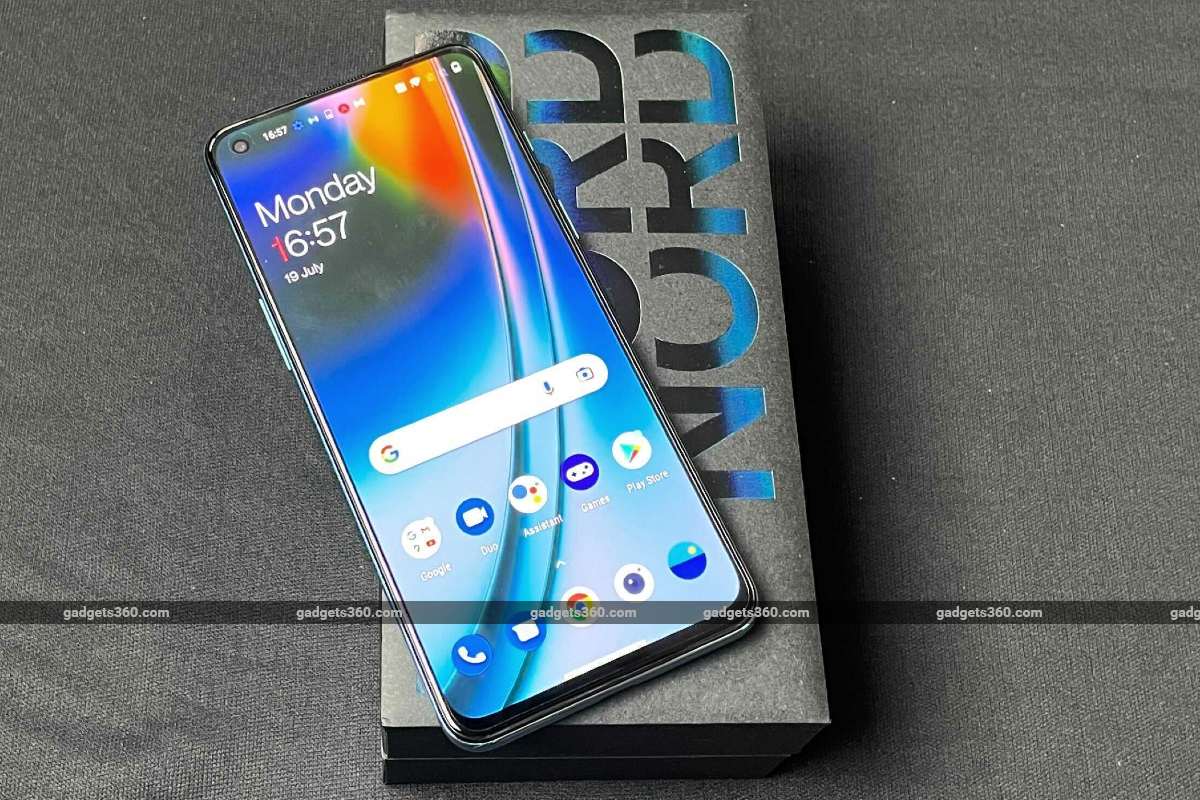 OnePlus Nord 2 5G was launched on Thursday as the latest model in the company’s Nord series. In comparison with last year’s OnePlus Nord that came with quad rear cameras and had dual selfie cameras, the OnePlus Nord 2 5G has triple rear cameras and a punch-hole display with a single selfie camera. The new smartphone, however, has a series of upgrades over its predecessor. These mainly include a bigger primary camera, larger battery, and faster charging. The OnePlus Nord 2 5G is also the company’s first phone to come with a MediaTek SoC. In addition to the Nord 2 5G, the Chinese company unveiled the OnePlus Buds Pro as its new truly wireless (TWS) earbuds.

In terms of its availability, the OnePlus Nord 2 5G will go on an early access sale in India through Amazon and OnePlus.in starting July 26. It will be limited for Amazon Prime members via Amazon and OnePlus Red Cable Club members through OnePlus.in site and the company’s offline retail channels. However, the open sale for the OnePlus Nord 2 5G will begin from July 28 through Amazon, OnePlus.in, OnePlus Experience Stores, and retail partners including Vijay Sales.

Launch offers on the OnePlus Nord 2 5G include a 10 percent instant discount via HDFC Bank debit and credit cards as well as EMI transactions and an additional exchange discount of Rs. 1,000 in lieu of an old smartphone. The phone will also be bundled with three months of Spotify Premium subscription for select customers. Red Cable Club members, on the other hand, will additionally be eligible for receiving benefits including Amazon Prime, Uber Executive, Spotify Premium access through Red Cable Pro plans.

The dual-SIM (Nano) OnePlus Nord 2 5G runs on Android 11 with OxygenOS 11.3 on top. The custom skin is notably based on Oppo’s ColorOS 11.3, thanks to the recent merger between OnePlus and Oppo. The phone features a 6.43-inch full-HD+ (1,080×2,400 pixels) Fluid AMOLED display with a 20:9 aspect ratio and 90Hz refresh rate. Under the hood, there is an octa-core MediaTek Dimensity 1200-AI SoC, coupled with up to 12GB of LPDDR4x RAM. There is the triple rear camera setup that houses a 50-megapixel Sony IMX766 primary sensor with an f/1.88 lens and optical image stabilisation (OIS). The camera setup also includes an 8-megapixel secondary sensor with an f/2.25 ultra-wide lens that has a field of view (FoV) of 119.7 degrees and is paired with electronic image stabilisation (EIS). A 2-megapixel monochrome sensor is also available at the back, along with an f/2.5 lens.

For selfies and video chats, the OnePlus Nord 2 5G carries a single, 32-megapixel Sony IMX615 camera sensor at the front, with an f/2.45 lens. The front-facing camera is also available with EIS support.

The OnePlus Nord 2 5G comes with up to 256GB of UFS 3.1 storage. Connectivity options include 5G, 4G LTE, Wi-Fi 6, Bluetooth v5.2, GPS/ A-GPS/ NavIC, NFC, and a USB Type-C port. Sensors on board include an accelerometer, ambient light, gyroscope, and a proximity sensor. The phone also comes with an in-display fingerprint sensor.

OnePlus has offered dual stereo speakers on the Nord 2 5G. There is also noise cancellation support on board.

The OnePlus Nord 2 5G packs a 4,500mAh dual-cell battery that supports Warp Charge 65 (supported charger is in the box). The proprietary technology is claimed to charge the battery from 0 to 100 percent in just 30 minutes time. Besides, the phone measures 158.9×73.2×8.25mm and weighs 189 grams.

The OnePlus Buds Pro are designed as premium TWS earbuds from the house of OnePlus. The earbuds come with 11mm dynamic drivers and deliver a latency rate of as low as 94 milliseconds (when using Pro Gaming mode). OnePlus has provided hybrid active noise cancellation (ANC) along with three distinct modes, namely Extreme, Faint, and Smart. The Extreme mode is designed to offer noise cancellation up to 40dB, while the Faint mode is meant to cancel noise of 25dB. In contrast, the Smart mode is available to automatically respond to the ambient environment to adjust and compensate for surrounding noises. There is a three-microphone setup along with a custom noise reduction algorithm to filter unwanted noise.

OnePlus has also provided Dolby Atmos support on the Buds Pro, but that would be limited to some of the latest OnePlus flagships. Further, the earbuds come with a Zen Mode Air that offers a list of white noises to reduce stress and give users a sense of calm. OnePlus has also provided a proprietary feature called OnePlus Audio ID to customise music playback based on users’ sensitivity to different sounds.

The OnePlus Buds Pro earbuds have IP44 certification for both dust and water resistance. The charging case has USB Type-C and wireless charging (Qi standard).

In terms of connectivity, there is Bluetooth v5.2. The earbuds also offer a seamless, fast connectivity experience with OnePlus phones. Users on other phones can, however, access some of the proprietary features using the HeyMelody app.

The OnePlus Buds Pro are claimed to deliver up to 38 hours of battery life. The company is claimed to offer 10 hours of playback with 10 minutes of Warp wired charging.