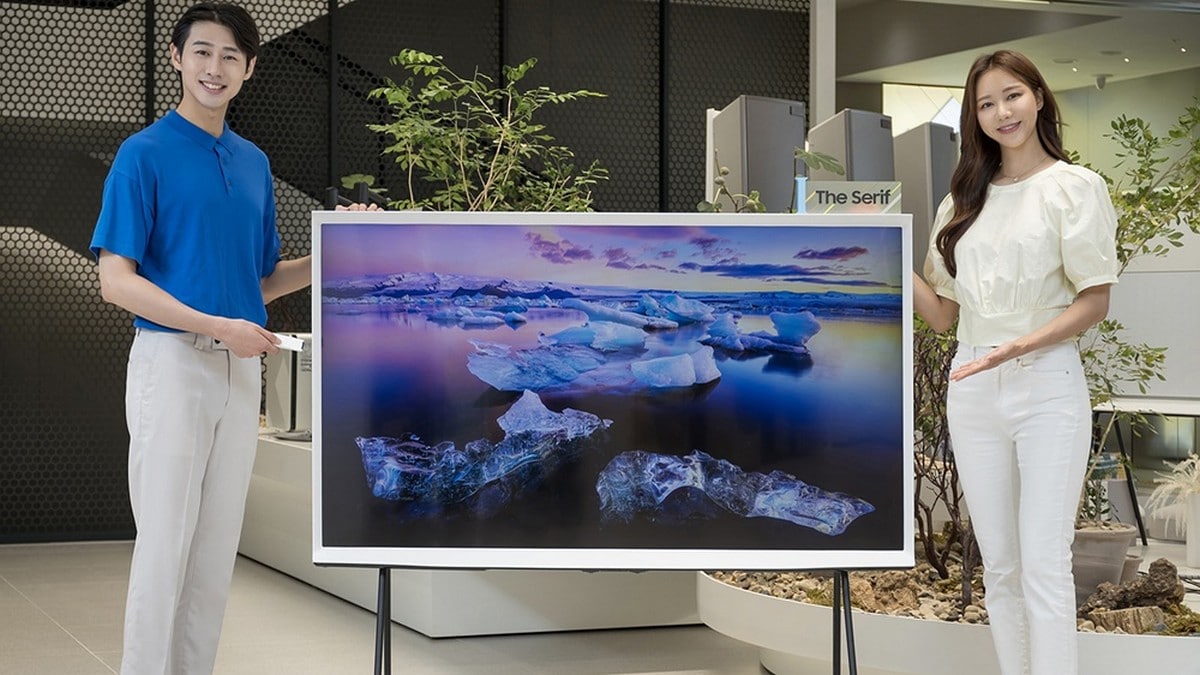 Samsung The Serif 65-inch is the latest TV from the company to launch in South Korea. The Serif has previously been launched in 43-inch, 50-inch, and 55-inch models globally, including India. The Serif line of Samsung TVs has been designed by famous furniture designers Ronan and Erwan Bouroullec, to follow Samsung’s theme of blending furniture and TVs, like it did with The Frame series. The new The Serif television has the same features as the smaller models, with the size being the only change.

While Samsung has not shared the specifications for the 65-inch model, it did state that it supports AirPlay 2 and NFC. Thanks to NFC, anyone with a Samsung Galaxy phone running Android 8.1 or later can use the Tap View function to play content from the phone on the TV by tapping the TV with their phone. These features are present on the smaller models as well.

Like the other models, it also uses Samsung’s Quantum Dot Technology and has an Active Voice Amplifier feature. It is also HDR 10+ certified and can upscale everything to 4K using its AI Upscaling technology. The Samsung The Serif 65-inch TV features the ‘Magic Screen’ feature where it will show various content including world-renowned works of art as well as content designed by the Bouroullec brothers, even when the TV screen is turned off.

The Serif 65-inch comes with thick bezels that are meant to give it a painting-like appearance. There seems to be a single white colour option, while some of the other models are available in a blue colour as well.