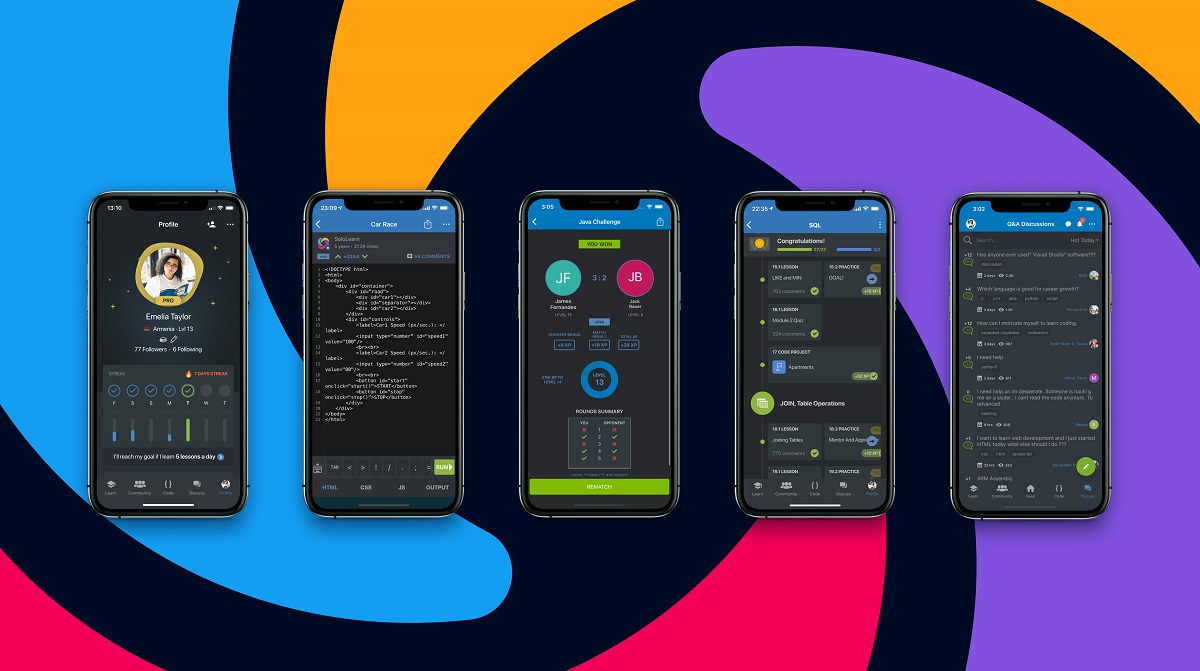 Sololearn has raised $24 million in a second round of funding for its mobile-first coding education and community platform.

It’s a big moment for the company, which CEO Yeva Hyusyan founded in Armenia in 2014. The company’s app has since been used by more than 21 million people globally, and active users are currently up 300% from last year. Sololearn is now adding more than 300,000 users per month, Hyusyan said in an interview with VentureBeat.

Columbus, Ohio-based Drive Capital led the round, with participation from investors in Sololearn’s $1.2 million first round in 2016, including Learn Capital and Prosus Ventures. Sololearn has raised more than $30 million to date.

“We are scalable, we focus on engagement,” Hyusyan said. “The social aspect of learning keeps people on the platform for much, much longer. And also the bite-size format makes us stand out.” 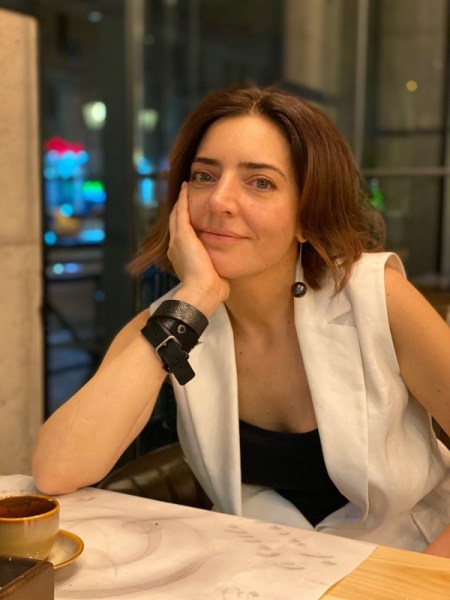 Above: Yeva Hyusyan is CEO of Sololearn.

The company got its start seven years ago because of Hyusyan’s interest in teaching people how to code.

She grew up in Armenia during the Soviet Union stewardship, which lasted until the country became independent in 1991. After that, she worked for the U.S. government and the World Bank and eventually became the country manager in Armenia. In 2010, she started a startup accelerator, where she met the other people who helped get Sololearn off the ground.

“That’s how I got into the startup life,” Hyusyan said.

The accelerator, which was part of the Microsoft Innovation Center, held a computing boot camp where people could learn how to code. Big companies hired graduates from the boot camp, which was encouraging. But Hyusyan realized that no matter how big the training center became, it would never serve enough people to make a difference at scale.

“It was really inspiring to see how much impact you can make through a very intensive targeted program,” she said. “But the problem we were facing was that no matter how many more instructors you can bring and how much more space you can rent, it was hard to scale.”

So she decided to start working on Sololearn as a mobile-first platform to teach people how to code. She wanted to address the problem of how an estimated billion people will require reskilling over the next decade. The idea was to empower anyone who wanted to improve their professional life by putting a coding school in the palm of their hand.

The most popular languages in Sololearn’s growing library of 25 curriculum categories are Python, JavaScript, Java, C++, HTML, and SQL. Sololearn is also seeing rapid growth in languages related to Apple and Google’s dominance, including C# and Swift for Apple iOS, Kotlin for Android, and Go for Google cloud computing.

Sololearn offers instructional content, practice challenges, and community support, all within a gamified experience where users and community members can earn points that reflect their progress and contributions. Students can also subscribe to Sololearn Pro, which offers real-life coding challenges they will face during interviews or at work. Pro also eliminates all ads.

Drive Capital partner Masha Khusid said in a statement that Sololearn is having an impact on the lives of millions of people and their financial futures. Drive Capital focuses on investments outside of Silicon Valley.

Above: Sololearn teaches people how to code.

VentureBeat asked what helped set Sololearn apart from its competition, as there are a lot of ways to learn online programming.

“We have figured out a way to give them really simple tasks but then make them think about them,” Hyusyan said. “And once our students solve those, I think they have this great sense of accomplishment that makes them come back for more. And then whenever they get stuck, there is the community that helps them out. So these are the two classroom experiences that make a very big difference in the online space. ”

The mobile app helped the company reach that scale. But users would come in, learn, give the app a five-star review, and never come back. It was bad for user retention and the business.

Then the team began focusing on enabling learning over a longer period of time, adding more fun and bite-sized lessons. The company also started providing more real-life programming challenges and enabled peer-to-peer interaction so people could help each other out. That created a stronger community and a reason for people to return to the app.

The team added ways for people to show off their work and gamified the experience to improve engagement. It also enabled a more personalized approach so people could learn on a desktop or mobile device, and it worked more on the problem of keeping people engaged and enabling user-generated content. Users can make money off the content via competitions.

“It’s forever a work in progress because gamification and learning go hand in hand, but you should be very careful not to overdo it,” Hyusyan said. “We’re a freemium model where you learn for free but you pay for some premium experiences.”

Above: Sololearn has a community that keeps users engaged.

Sololearn will use the fresh funds to build out its content with new languages and technical skills, launch an enterprise learning management system to help companies train employees on specific development environments, and expand secondary and post-secondary education partnerships that complement classroom instruction.

Sololearn had 100 employees as of June 2021 and expects to double its headcount in the next 12 months. The company has an office in San Francisco, while the rest of the team is in Armenia with Hyusyan. Sololearn has been hiring people around the world during the pandemic.

Hyusyan noted that many students were forced to learn from home during the pandemic, and Sololearn became a welcome option. There are now more than 600,000 five-star reviews for the apps on iOS and Android.

“This is about changing human behavior, and so we combined a lot of active learning research about human psychology, combined with our own data, and it was fascinating to put this all together,” she said. “I think that’s exactly why our engagement and retention metrics are so much better than everybody else’s. There is a lot of room for improvement, obviously. But it’s basically the core experiences, which are the theory, practice, and social aspects of it.”