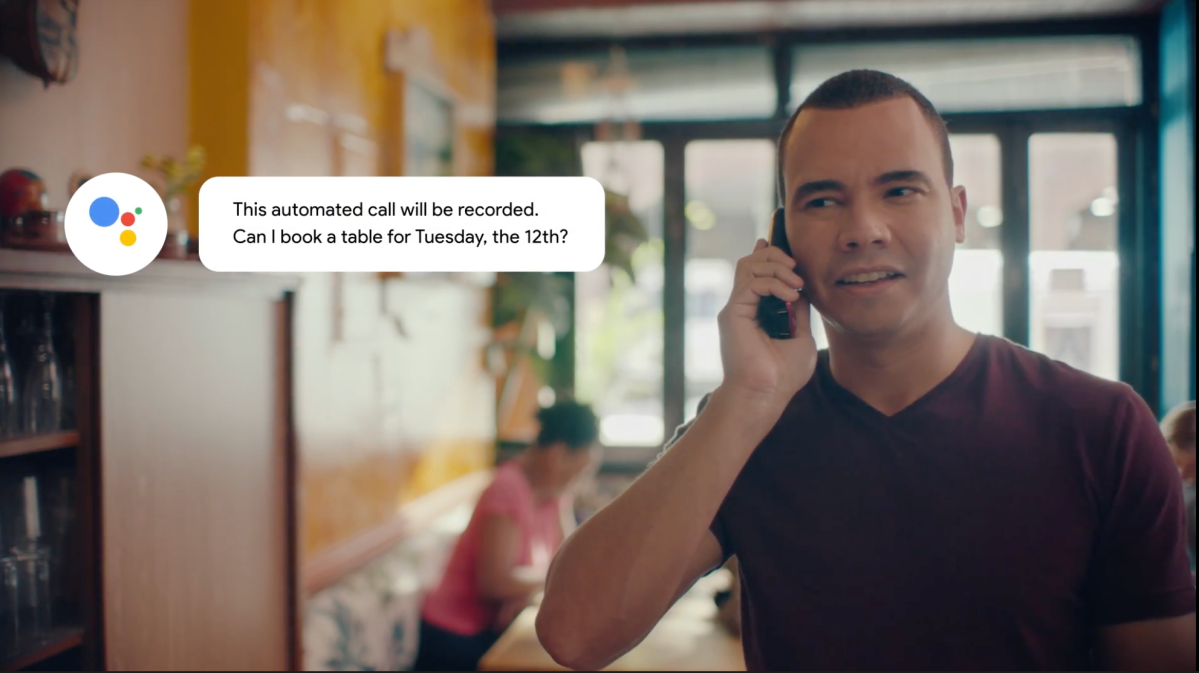 Google appears to be testing a new feature that allows users to add themselves and parties to the waitlists of restaurants that would normally require a phone call. Powered by Duplex, Google’s AI-driven natural language processing technology that can converse with business owners over the phone, the waitlist capability could benefit hospitality organizations facing surges in traffic as pandemic fears abate.

People in the U.S. are returning to restaurants as the coronavirus wanes, leading to overcrowded dining rooms. Complicating matters, even before the pandemic, restaurants struggled to juggle phone-based waitlists, not uncommonly leading to inaccurate wait times and long lines. One survey found that 72% of diners make reservations over the phone, eschewing online, in-person, or mobile app options.

On the other hand, businesses sometimes confuse Duplex with automated spam robocalls, reporting by The Verge has found. And an influx of Duplex calls about waitlist statuses could threaten to overwhelm restaurants with limited waitstaff.

A solution might lie in Google Assistant’s new waitlist option, which showed up yesterday on this reporter’s OnePlus Nord N10 5G for restaurants in Google Maps and Google Search. Appearing as a “Request to Join Waitlist” button under listings in Maps and Search, it asks a user to specify their party size and maximum wait time (e.g., over 30 minutes, under 30 minutes) “in case the restaurant has a waitlist.” Pulling info saved to the user’s Google Account, including a name and phone number, Google Assistant (i.e., Duplex) attempts to call the restaurant to add their party to the waitlist.

Google Assistant provides text updates as it places the call, indicating if it’s been successful — or not. In our experience, after about 30 minutes of waiting, Google Assistant reported that it failed to secure a spot at Opus, an Asian bistro in Salem, Massachusetts. A follow-up visit to the restaurant revealed that tables weren’t available because the kitchen had closed earlier in the evening.

When contacted for comment, a Google spokesperson told VentureBeat via email that they had “nothing more to share” at this time. “[W]e’re constantly experimenting with new features that use Duplex technology and do not have a timeline on when [or] if this specific capability will be available to the broader Google Assistant users [or restaurants],” the spokesperson said.

Google received a ton of blowback after its initial Duplex demo in 2018, as many were not amused that Google Assistant could mimic a human so well. As of October 2020, 99% of Duplex calls are fully automated, according to Google, with the rest being handled by human operators.

Part of the reason Duplex sounds so natural is that it taps Google’s sophisticated WaveNet audio processing neural network and intelligently inserts ” speech disfluencies” — the “ums” and ” ahs” people make involuntarily in the course of a conversation. In June 2018, in response to criticism, Google promised that Duplex would first introduce itself.

Indeed, Duplex makes it clear the call is automated — and it doesn’t call late at night or early in the morning. In all countries where it’s launched, Duplex informs the person on the other end that they’re being recorded and in some cases provides a callback number. The call is handed off to a human operator on an unrecorded line if business owners respond with “I don’t want to be recorded” or some variation of the phrase.

According to Google, operators annotate the call transcripts used to train Duplex’s algorithms.

In light of the pandemic, the focus of Duplex’s development had pivoted from bookings to store hours and inventory check-ins, as well as expansion beyond the U.S. to Australia, Brazil, Canada, France, India, Japan, Mexico, New Zealand, Spain, the U.K. in languages including Spanish and Hindi. But in October, Google rolled out the ability for Duplex to call barbershops, hairstylists, and salons to reserve appointments on users’ behalves. The company more recently brought Duplex support to Nest smart displays, allowing owners to book a table at restaurants via the Google Assistant.

Duplex — and its underlying technology –has also expanded to the web in recent years, automating tasks like purchasing tickets, checking into flights, and ordering food. Google most recently announced assisted checkout for retail, which clicks through guest checkout flows and auto-populates a user’s payment information on supported ecommerce sites.