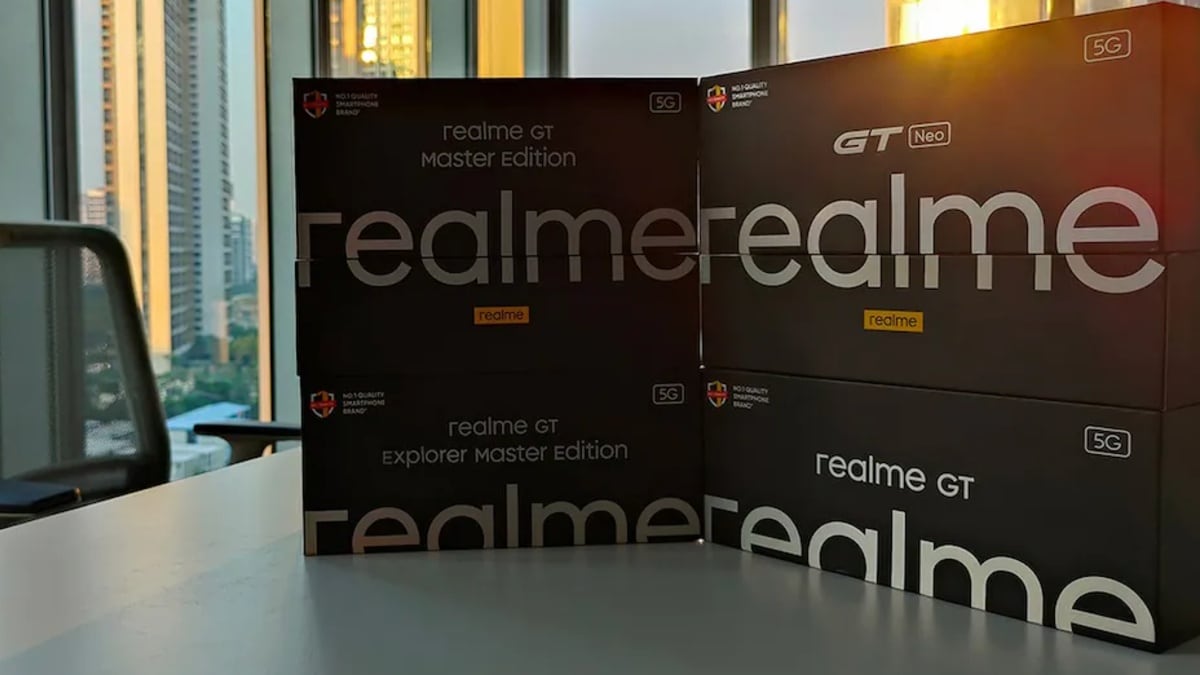 Realme Pad has allegedly been listed on Singapore’s IMDA certification website. Though the device listing does not say the exact name, it mentions “Realme tablet with WCDMA, LTE, WIFI, BT, GPS”. Realme had earlier teased that it will be launching a new tablet and had even asked Twitter users for a preferred name. The Realme Pad is rumoured to have a design similar to that of the iPad Pro with a slim profile and sharp edges. Meanwhile, key information about its camera specifications has been leaked by a tipster.

The alleged IMDA listing of the Realme Pad was first shared by tipster Mukul Sharma on Twitter. It suggests the upcoming tablet will carry the model number RMP2102. Sharma also leaked key specifications of the Realme tablet’s front and rear camera. Both the cameras are said to be similar and feature an 8-megapixel 1/3.6-inch sensor with an f/2.8 aperture. Their lenses are said to have a 2.8mm focal length, electronic image stabilisation (EIS), and a 65.3-degree field of view. Additionally, both cameras are said to capture images with a 3,264×2,448 pixels resolution.

Realme Pad was in the news last month when its launch was anticipated alongside the Realme GT 5G. The tablet is rumoured to have a design similar to that of the iPad Pro with a slim profile and sharp edges. Its image was allegedly leaked suggesting a slight camera bump.

Earlier this year, Realme CMO Francis Wong teased an image of the tablet, showing its slim side profile. He asked fans on Twitter what the new Realme tablet should be called — Realme Pad or Realme Tab. At that time, Realme Tab received the majority of votes, however, it may change when Realme launches it.

TikTok CEO to Testify Before US Congress in March Amid Increased Scrutiny Over Security Concerns
Star Wars Jedi: Survivor Delayed by Six Weeks, Will Now Arrive April 28
Gadgets for real travelers
Foldable iPad With Carbon-Fibre Kickstand Coming in 2024, iPad Shipments May Decline This Year: Ming-Chi Kuo
Government to Hold Discussions With Stakeholders on PIB Fact Checks for Social Media in February: MoS IT