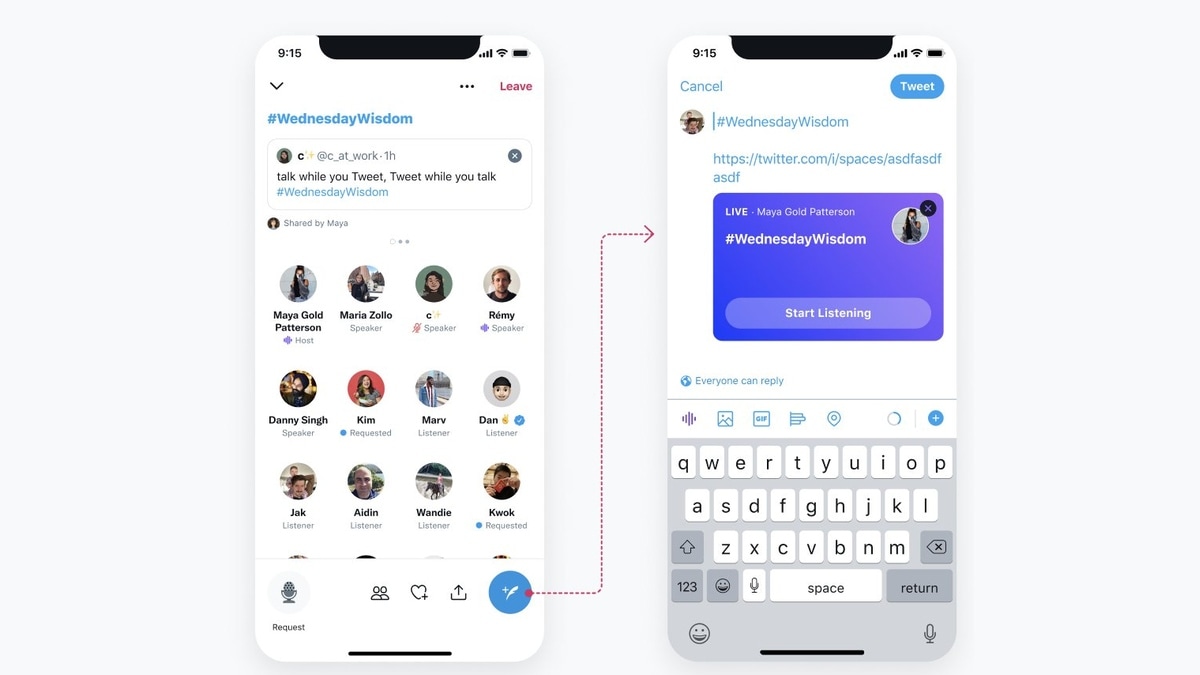 Twitter is rolling out another update to make Twitter Spaces easier to discover and share. The update will allow users to directly tweet from a Live Space on Android and iOS devices. While users could earlier publish a tweet while listening to a conversation on Spaces, the new tweet composer directly in the Space makes it much easier. Twitter has added more features to the iOS app, which gets new ‘guest management’ controls and search features for Spaces. The latter feature is available for beta users as of now. Twitter has also fixed a few bugs to make Spaces more reliable.

The update for Twitter Spaces was announced via a thread on Twitter. Users on Android and iOS will be able to directly tweet from the Spaces page — using the new composer — which will automatically link to the audio along with the hashtags of the Space. Twitter also said that the handle of the host of the particular Space will be automatically added to tweets sometime soon.

The Twitter iOS app is getting more features related to Twitter Spaces. Tab Beta users will be able to search for live and upcoming Spaces by title, host name, and host handle on iOS. Twitter has also mentioned that all live and upcoming Spaces have become searchable. There is no information on when the new search features to discover more Live Spaces will roll out to Android and desktop users.

Another feature for iOS users in this update is the improved ‘guest management’ controls. The update puts the control bar at the top of the guest management page for it to become easily accessible. Twitter has also added a “section state” for the host to “better see what type of participants they have in their Space (including pending speaker requests)”.

Earlier this week, it was reported that Twitter is working on the ability to let Web app users speak on Twitter Spaces. The new functionality was tweeted by developer Nima Owji. He also mentioned that while he could speak through the Web app, Owji had to start the Space through a mobile app.