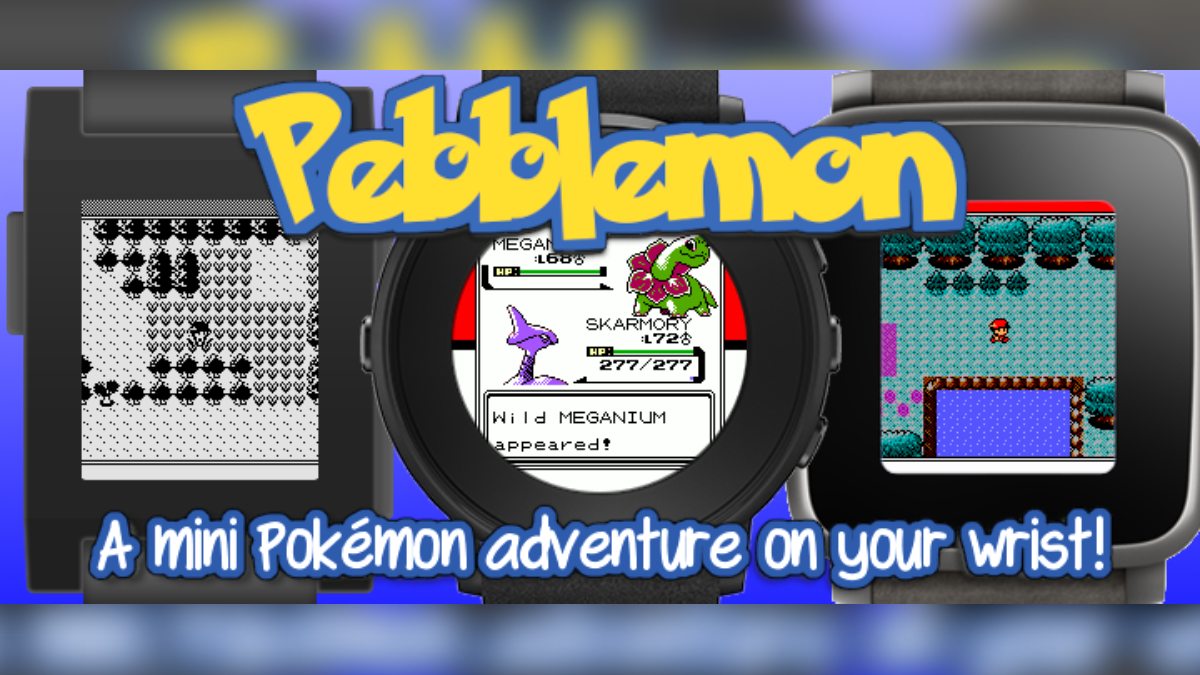 Pokemon, the iconic game series from Nintendo, debuted in Japan nearly two-and-a-half decades ago. It took the game only a few years to taste immense popularity in not just the US but in several other countries as well. And while Pebblemon — designed and developed to play on the Pebble smartwatch — may not be exactly the same, its developer describes it as a “mini Pokemon adventure on your wrist.”

Now, if you are wondering if people still have Pebble smartwatches — Fitbit bought the brand in 2017 — the answer is yes, many users still have them and are in use as well. For Pebblemon, game developer Harrison Allen says that he created a replica of the graphics library used in Pokemon Yellow, the first title in the popular game series. And just like Pokemon, you can explore “various areas within the Johto region” while playing Pebbelmon with the help of buttons on the Pebble smartwatch.

The game lets you encounter all 251 Pokemon from the Game Boy Color (GBC) title, said Allen. Once you level up, you unlock more different sprites. “Discover hidden items to aid you on your journey,” he added.

Interestingly, Eric Migicovsky, the founder of Pebble, posted a video on Twitter that shows Pebblemon running on a Pebble smartwatch with tremendous ease and no technical glitches. “5 years on and developers like linksky are still building new game engines and beautiful games like Pebblemon for Pebble. Incredible,” reads the caption to the video. The 31-second clip shows a man completing a stage with the help of two buttons on the right side of the smartwatch.

5 years on and devs like linksky are STILL building new game engines and beautiful games like Pebblemon for @Pebble. Incredible! https://t.co/gNJhJZb6qT pic.twitter.com/BU7FxSDwlm

In a subsequent tweet, Migicovsky said, “This is basically a full port of the GBC version of pokemon btw.”

The video brought back the memories of the Pebble smartwatch for many.

“One of the best open watch platforms ever.  I miss it, and having direct access to all of the sensors via BLE,” wrote a former Pebble user @bleeshem.

One of the best open watch platforms ever. I miss it, and having direct access to all of the sensors via BLE.

Another user, @GeekyLuigi, said, “So perfectly stupid, I love it.”

So perfectly stupid, I love it.

So if you also happen to own a Pebble smartwatch and want to try your hand on Pebblemon, you can download it from Rebble.io.