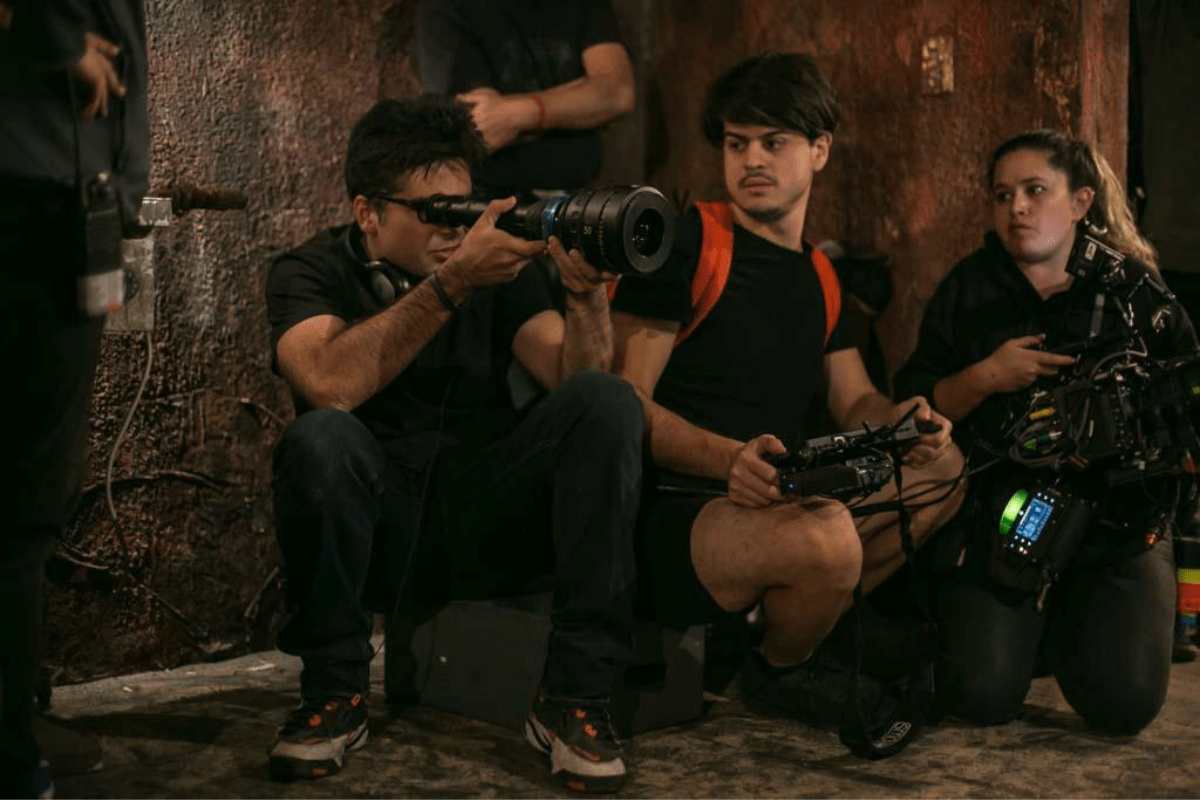 Over the years, movies and gaming have developed a symbiotic relationship that permits their combined appeal to become greater than the sum of their parts. Franchises such as Star Wars, The Walking Dead, and The Lord of the Rings, have allowed the movie industry to tap into a gaming sector that’s now worth over $300 billion and continues to grow.

The same is also true in reverse, with several games having their own movie spinoffs. Tomb Raider was among the first, and Resident Evil, Angry Birds, and Pokémon all started as games that eventually made their way to the big screen. The Witcher even generated a TV spinoff on Netflix (the second season is on its way).

The benefits of these cross-fertilization efforts are apparent. For movie and game franchises, it offers the opportunity to expand their universes with new characters and plot devices, providing additional merchandising opportunities and other revenue streams. Both movies and games have long production lead-times, meaning that a game release can whet the appetite of eager fans until the next movie is out, and vice-versa.

While the relationship between movies and games clearly has mutual benefits, gaming has one significant benefit over film — that of lasting appeal. Movie franchises can easily burn out after too many sequels, but gamers will keep coming back for more. It’s this principle — gamification — that can be applied to many other disciplines.

Leveraging the principles of gamification 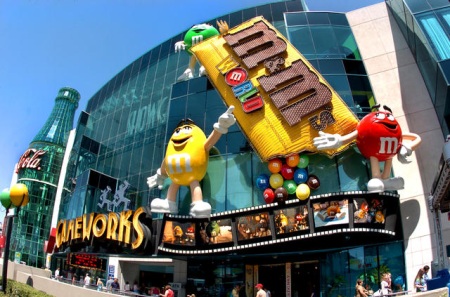 Gamification is a rapidly expanding market as companies across the globe begin to understand the benefits of applying game design and mechanics to a nongaming context. Gamification is proving its capability to transform any business process involving humans, including learning, recruitment, and most notably, marketing and user engagement.

Typically, gamification programs involve offering the user a reward for their efforts in engaging in a particular activity. Loyalty programs are one such example, enabling a user to earn rewards points each time they shop, so they can accrue enough to purchase a gift. While most of us are familiar with the basic idea of getting a tenth cup of coffee for free, many brands are leveling up their engagement games using gamification. For instance, when M&Ms launched the pretzel version of its candy, it ran an “Eye-Spy Pretzel” game on its website – a “Where’s Waldo?”-type game asking users to spot the M&M pretzel guy hidden among a screen filled with M&M candies.

It’s the same principle as a gamer uses when they accrue in-game points to purchase assets like weaponry or skins. Games like HQ Trivia have made their name on the back of these concepts, allowing players to win either real money or game “Coins.”

The introduction of blockchain and tokens introduces a whole new dimension to the concepts of game-based rewards. Decentralized games such as Decentraland use digital tokens as the currency of their digital universe, allowing users to purchase scarce or unique in-game assets based on nonfungible tokens.

Furthermore, over the last couple of years, the cryptocurrency and blockchain sector has managed to spin up an entirely new gamified industry. Decentralized finance, or DeFi, has become vastly popular among a growing group of speculators who deposit their funds in applications such as lending protocols or liquidity pools on decentralized exchanges. They do so to participate in a niche practice known as yield farming, which effectively provides them with token-based rewards for their participation.

Blockchain, gamification, and the movie industry

From the perspective of the movie industry, there are vast opportunities in blockchain and gamification and the benefits of combining both. Blockchain-based NFTs are the perfect medium for minting digital movie collectibles, such as posters, artwork, or even exclusive video clips of behind-the-scenes footage, cut blooper scenes, or cast interviews. NFTs have already had an impact on digital art and music by storm, so why not movies, too?

In the area of movie financing, blockchain’s capability to connect peers who wish to exchange value directly can also be of service. Outside of the film studios, indie filmmakers currently have few avenues of financing available to them. Crowdfunding via a major platform like Kickstarter is one option, with a handful of filmmakers drawing investors with the promise of advanced footage and collectibles. However, the incentives are often misaligned. Asking for a cash investment in exchange for a movie file clip that anyone can copy can be a hard sell indeed.

Gamification: the secret for blockchain adoption 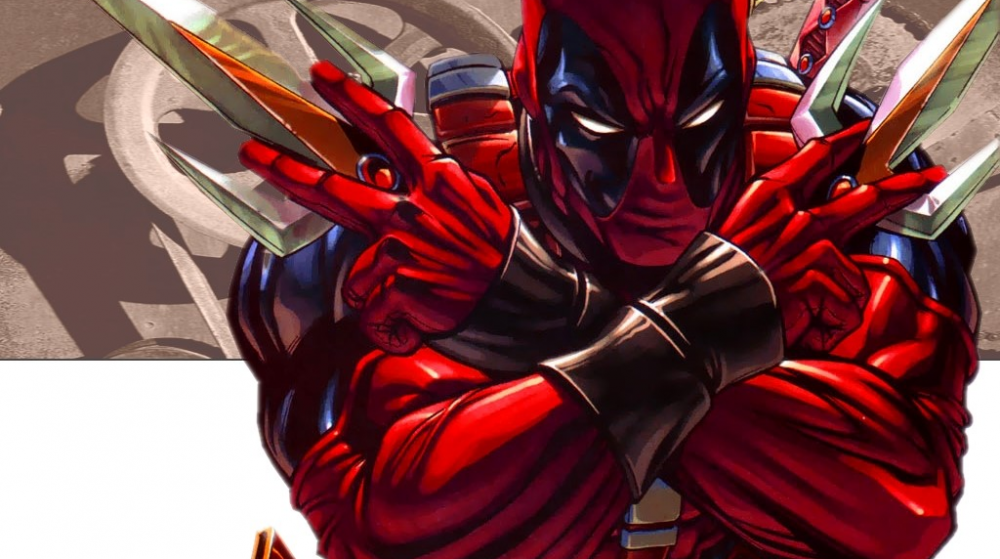 This is a new feature, but in the age of social media where everyone can make their opinions heard, fans already have more influence over movies and TV shows than they ever have before. Consider a movie like Deadpool. The studios didn’t want to touch it, but the fans made their feelings clear, and ultimately Ryan Reynolds credits them with the driving force behind getting the movie into production. Blockchain is simply handing them the tools to finance the movie themselves. Now, what could be the first blockchain-based film financing round is already underway.

As the movie industry begins its journey into emerging technologies such as blockchain, it can learn from others that have already taken the step. A critical barrier in gaining adoption of blockchain-based applications is often technical know-how, as blockchain-based assets require dedicated wallets and something of a learning curve. Gamification is the key to overcoming this challenge, creating an engaged user base and a marketing funnel that draws users into communities where they can see the value of their contribution.

Applying gamification principles to a blockchain-based movie crowdfunding platform is the only way to reach a crucial mass of users needed to make such an endeavor a success. In this way, blockchain-based formats will become far more successful as a crowdfunding tool than their centralized counterparts.

A gamified token economy, combined with the allure of NFT-based movie collectibles, will be able to draw in eager fans who want to participate to profit from the rewards on offer. Ultimately, gamification will prove to be the lever for the movie industry’s adoption of blockchain and further cement the ongoing love affair between film and gaming.

Lisa Sun is the Founder & President of Mogul Productions, a decentralized film financing (DeFiFi) and NFT platform that connects creators, movie fans, and film financiers in one space to ensure the best films get made by giving everyone a voice.

Meta to Reinstate Donald Trump’s Facebook, Instagram Accounts in Coming Weeks
US Panel to Vote on TikTok Ban Over National Security Concerns in February
Google Reportedly Working on Fast Pair Setup for New Android Phones, May Debut on Samsung Galaxy S23 Series
OpenAI Introduces ChatGPT Plus, a Pilot Subscription Plan, at $20 per Month
Will the PS5 be BETTER than PC? – TalkLinked #7