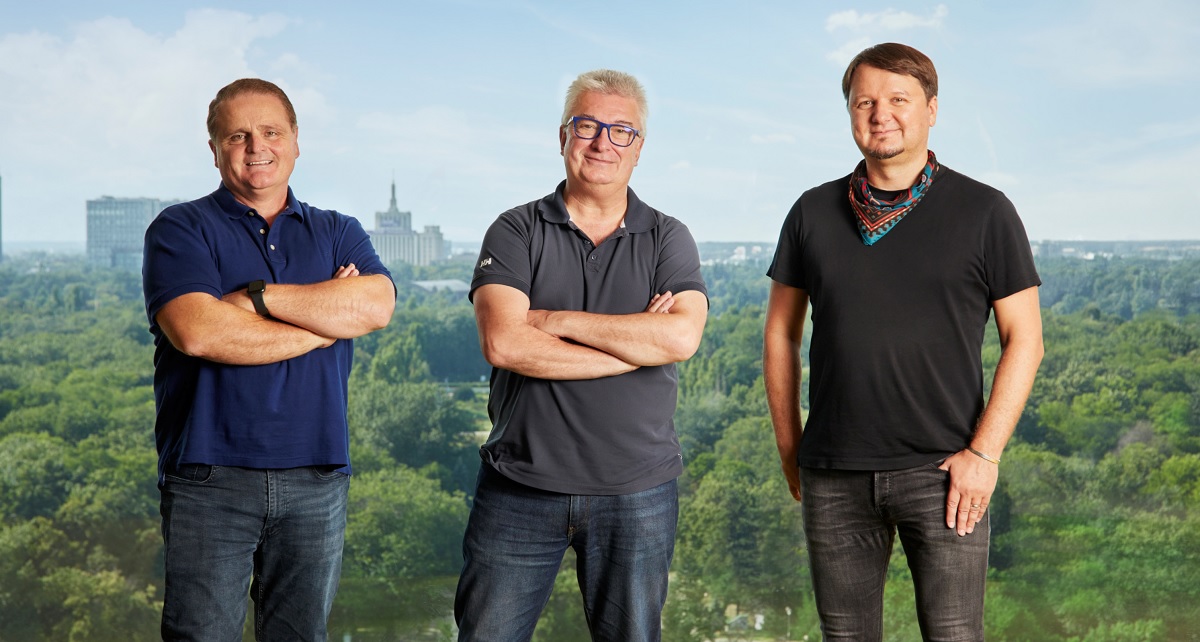 Former CEO Mihai Pohontu will become executive chairman, and veteran game developer Brian Waddle will join as the head of business development. Pohontu will the company’s strategic initiatives in the areas of innovation, community and growth.

Jaime Gine was previously the former chief customer officer at Keywords Studios and a 15-years veteran of Electronic Arts where he served as vice president of international development services. During his five years at Keywords, the team grew the company’s market value from $100 million to more than $2.5 billion. Gine’s job will be to help the company grow faster, possibly through acquisitions. 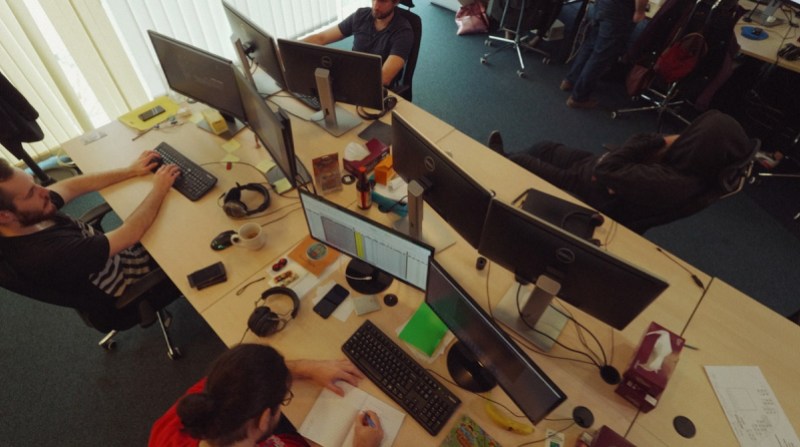 Waddle, meanwhile, has been a senior global sales and marketing executive in the games industry for 16 years, having successfully led these functional roles at companies such as Virtuos and Havok. He is also a board member at Telltale Games, with a strong background in mergers and acquisitions.

“Brian brings a wealth of experience and he’s been in the game space for a long time,” Gine said.

Pohontu said it’s a new chapter in Amber‘s evolving story, as the company wants to expand its international network of studios to cover all platforms and game genres. Pohontu, a former Samsung executive, joined Amber as CEO in March 2017, when the company had 280 employees. Now the company has more than 800 employees.

Amber has been growing at close to 50% revenue growth every year for the past four years, Pohontu said in an interview with GamesBeat.

“That continues unabated,” Pohontu said. “We know revenues are the best in Amber’s history. But I feel like we’re we have a long way to go. I think we have a very sound strategy with really smart investments. We find ourselves in a first-world problem scenario, where we have demand from very serious partners for our services. And we don’t always have the capacity available.” 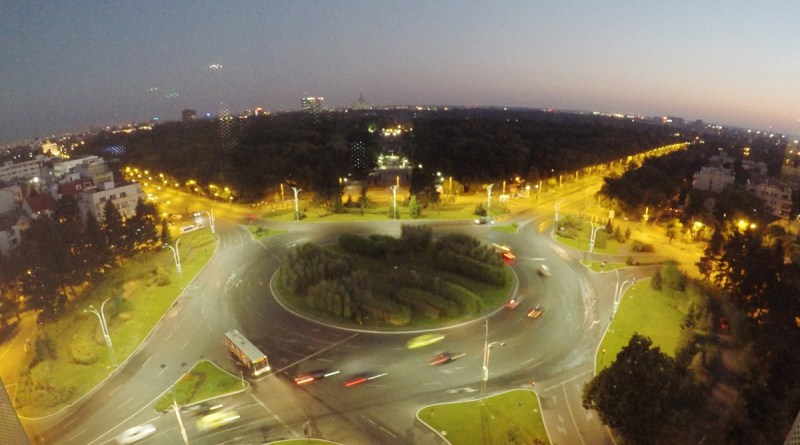 Above: Amber is expanding worldwide.

So future expansion may come more through mergers and acquisitions, he said.

“And there are few people in the world as qualified to lead us into this new phase of growth as Jaime,” Pohontu said. “He was a key person [at Keywords] who worked with [Keywords CEO] Andrew Day  to assemble the incredible expansion at Keywords.”

Amber provides outsourcing services, making games for other companies. It has a focus on free-to-play mobile games, but has also made games on the PC and all major platforms. It has developed expertise in live operations, cross-platform development, data science, user experience optimization, parallel launches, platform conversion, support, and co-development. The company has offices in Bucharest; San Francisco; Guadalajara, Mexico; Los Angeles; and Montreal, Canada.

“My experience here is quite relevant. I want to accelerate the business,” Gine said in an interview with GamesBeat. “I know a little bit about capital markets. I have some experience in M&A. I went through phenomenal growth with Keywords. I walked the path that Amber needs to walk over the next several years.”

Gine previously worked at Electronic Arts and he worked with some of the same people while he was vice president of international development there.

“It all made sense to me, coming home and trying to do more,” he said.

He noted that the industry is consolidating. The top clients represent maybe 90% of the industry opportunity for outsourcing firms in games.

“We have always focused on more full-game development then work-for-hire,” Gine said. “W invest in our own intellectual property. What makes us unique is we work in new markets, like with studios in Mexico, Bucharest, Montreal, and so we don’t have to compete for talent as much in the West Coast of the United States.”

Most of Amber’s growth has been organic, though it did merge with a few studios in equity swaps.

“They were acqui-hires more so than merging with an entity that has its own revenue streams,” Pohontu said. 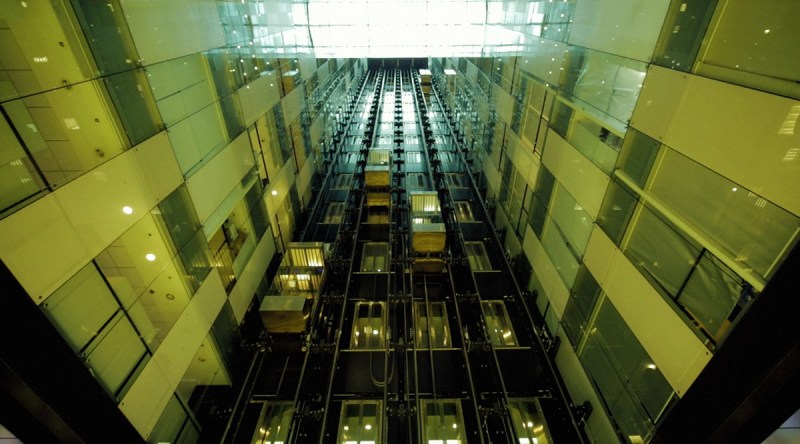 The company has a mobile game studio, a high-definition game studio, and an independent studio in Mexico. The latter is a smaller part of a presence in Guadalajara that is over 200 people.

The company got its start in 2013 and it is one of the rare game companies with a headquarters in Bucharest. Romania has had a strong tech culture since the 1950s, when key professors began teaching computer science. Romania’s first game debuted in 1976. But the country’s economy collapsed with the falling of the Iron Curtain in 1989.

But Ubisoft, the big French game publisher, opened the first game studio division in the country in 1991. That studio currently has lot sof employees. Electronic Arts, Gameloft, and others also have big studios here.

At the 2021 Pocket Gamer Mobile Games Awards, Amber won the “Best Localization and QA Service Provider” award and was nominated for “Best Service Provider.” Amber partners with brands including Disney, NBC Universal, Paradox Interactive, Rovio, That Game Company, and
Raw Fury among others.

At Keywords, Gine was moving fast as the company often acquired three or four companies a year.

“Getting high-quality engineering and creative talent is an ever bigger problem,” he said.

The company expects to operate in a hybrid remote and physical work model, and that means location will become less relevant over time, Pohantu said. But the company is looking for new locations in Asia, Eastern Europe, and Latin America.

“We plan to continue our breakneck pace of revenue growth of 50% a year in the last four or five years,” Pohontu said. “We want to be everywhere in the world. This is our vision of Amber as a global company.”