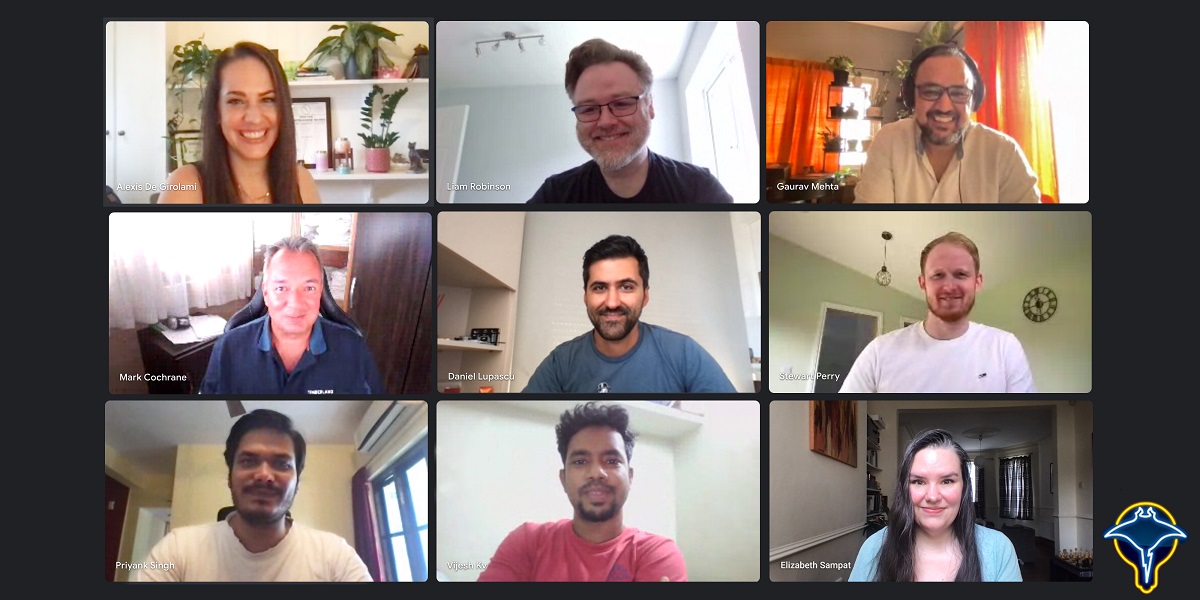 Manta rays are some of the most amazing creatures on our planet and if an electric one existed, it would be rare and awe inspiring. That’s why a team of former PopCap game makers called their firm Electric Manta.

Started by founder and CEO Mark Cochrane, the new free-to-play mobile game studio is based in London and it hopes to bring games to billions of players.

The team is spread out from London to India, but it has a manageable number of time zones, Cochrane said.

It sounds like a promising group of Mantas. The Electric Manta foundation team have worked on games that collectively have been downloaded more than 3 billion times. This includes titles such as Plants vs Zombies 2, Subway Surfers, Hungry Shark World, Bejeweled Stars, Draw It!, and Jetpack Jump.

Above: The Electric Manta game studio is based in London.

The company is working on a variety of mobile games, from hypercasual games to narrative-driven stories to player-versus-player games.

“We’ll announced that in the coming weeks with some interesting partnerships,” Cochrane said. “A lot of people have been exposed to hypercasual over three to five years and they are probably wanting something more as they evolve as players toward the casual spectrum.”

Inspired by Supercell, the company will have small teams of perhaps four people each working on games with a mission to be accessible.

Cochrane, also a former PopCap developer, said Seattle-based PopCap, which was acquired Electronic Arts for $750 million, had an inspirational culture that resulted in the creation of some truly enduring franchises like Bejeweled, PvZ, Zuma, and Peggle. Electric Manta wants to do the same, he said.

The company has been in “stealth mode” for the last few quarters and will be announcing its first games and partnerships in the coming weeks. It has secretly raised money and Cochrane wouldn’t spill the beans. The team has about 10 people.

“Electric Manta is a name we made up to describe the company, which is full of rare and amazing people wanting to do some awesome things,” said Cochrane. “It also answers the long lost question of whether Electric Mantas truly do exist.”

Cochrane previously worked at the Finnish game studio Lightneer. He decided to relocate and started the studio in September 2020. He recruited a team, an investor, and got to work on the company’s first game. Sampat, who has designed a lot of games, was excited enough about the opportunity that she moved from Seattle to London.

“I was really excited because it felt like we already had a shorthand when it came to talking about quality and humor and whimsy,” Sampat said in an interview with GamesBeat. “The solo narrative experience is really close to my heart, and I got started as a narrative designer 10 years ago. I think there are some really exceptional narrative experiences on mobile, and I think it is time to push that further.

She said she is 39 and she is excited to be able to make games for her own demographic.

“I think the number the overarching design philosophy that we have is really making sure that the core gameplay is as as fun as humanly possible,” said Sampat.