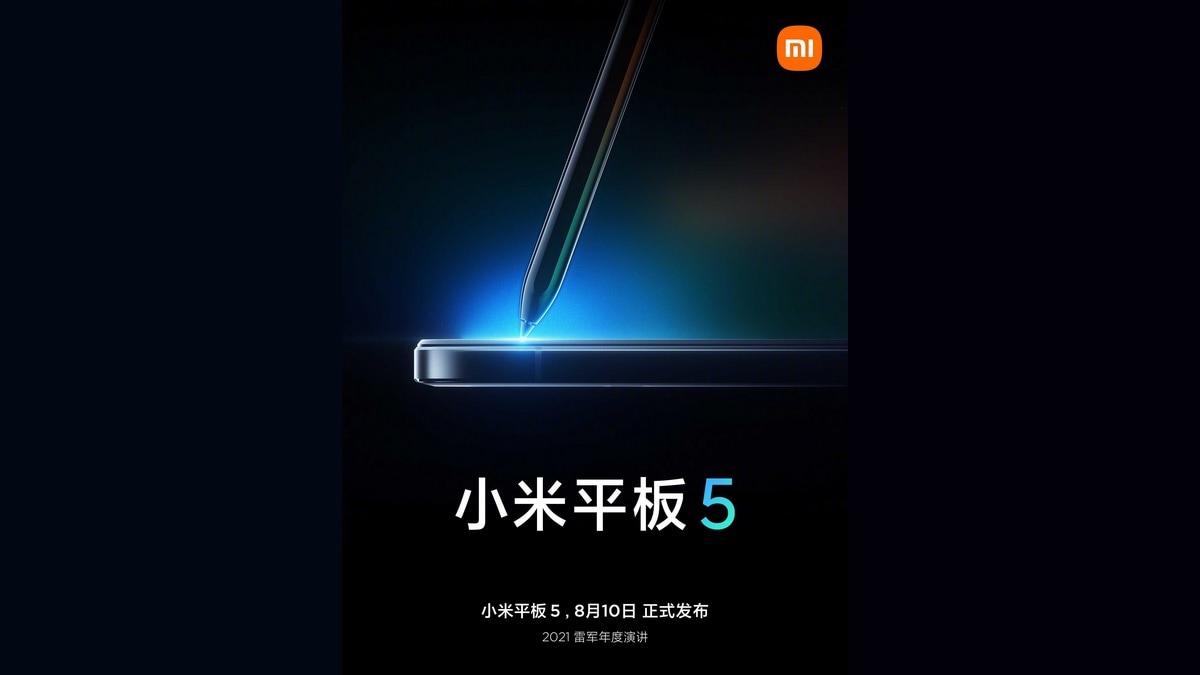 Mi Pad 5 series will launch in China on August 10, Xiaomi has confirmed on microblogging website Weibo. The company shared an image showing the Mi Pad 5 and its stylus. The tablet seems to have a sleek metal build with rounded edges. Its stylus, said to be called the Xiaomi Smart Pen, has been reportedly spotted in a US Federal Communications Commission (FCC) listing, suggesting the version its Bluetooth connectivity. Additionally, a tipster has shared a live image of the rear camera module of the Mi Pad 5.

Xiaomi Weibo post includes a launch poster that faintly shows the tablet and the stylus. The Mi Pad 5 can be seen sporting a sleek metal frame and rounded edges. The display seems to be a bit elevated above the frame. As for the stylus, not much can be deciphered from the image except that it’s a fairly regular-looking stylus. However, an FCC listing for a “Xiaomi Smart Pen” and model number M2107K81PC shows support for Bluetooth v5 LE i.e. Bluetooth low energy. The listing also shows a button on the stylus.

Further, tipster Mukul Sharma has shared an image on Twitter showing the rear camera module of the Mi Pad 5. The live image shows a dual rear camera setup and a flash module. The camera module has the text “AI Camera” written on it. A large button can also be seen on the frame which is likely the volume rocker. The tablet seems to have a silver-bluish hue.