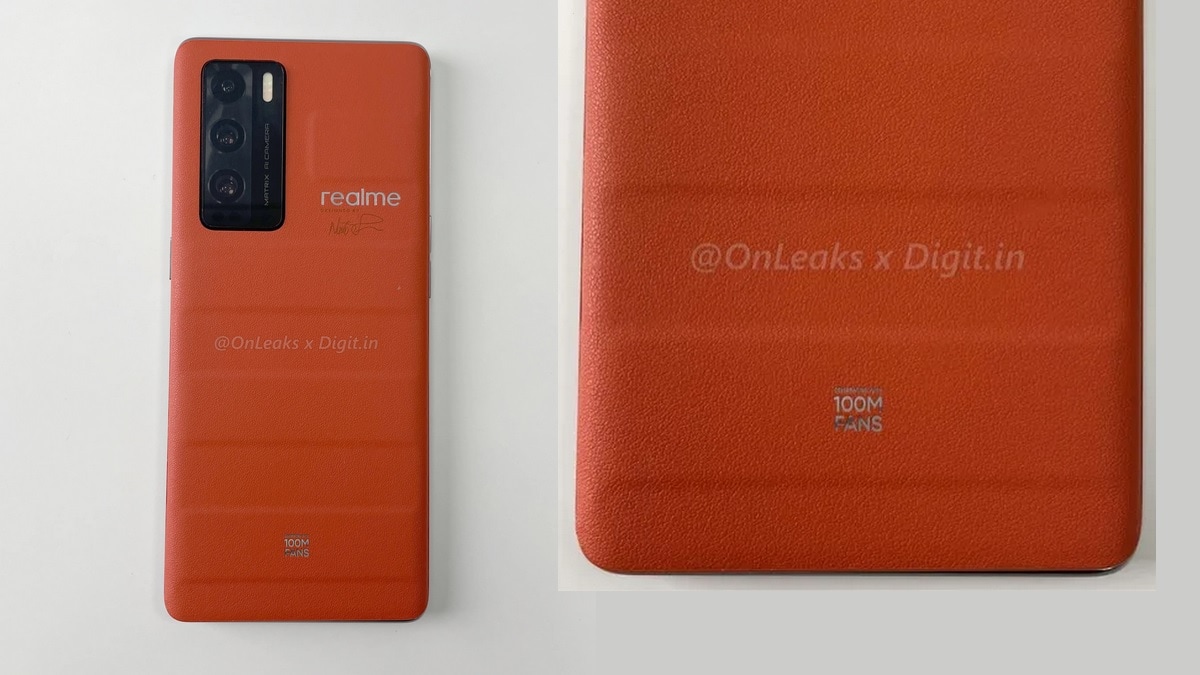 From the images shared by the publication, the design of the phone is the same as the Realme GT Explorer Master Edition with designer Naoto Fukasawa’s signature on the back. The new orange colour also has a ‘100M Fans’ branding on the lower half. Realme recently became the fastest brand to ship 100 million smartphones globally.