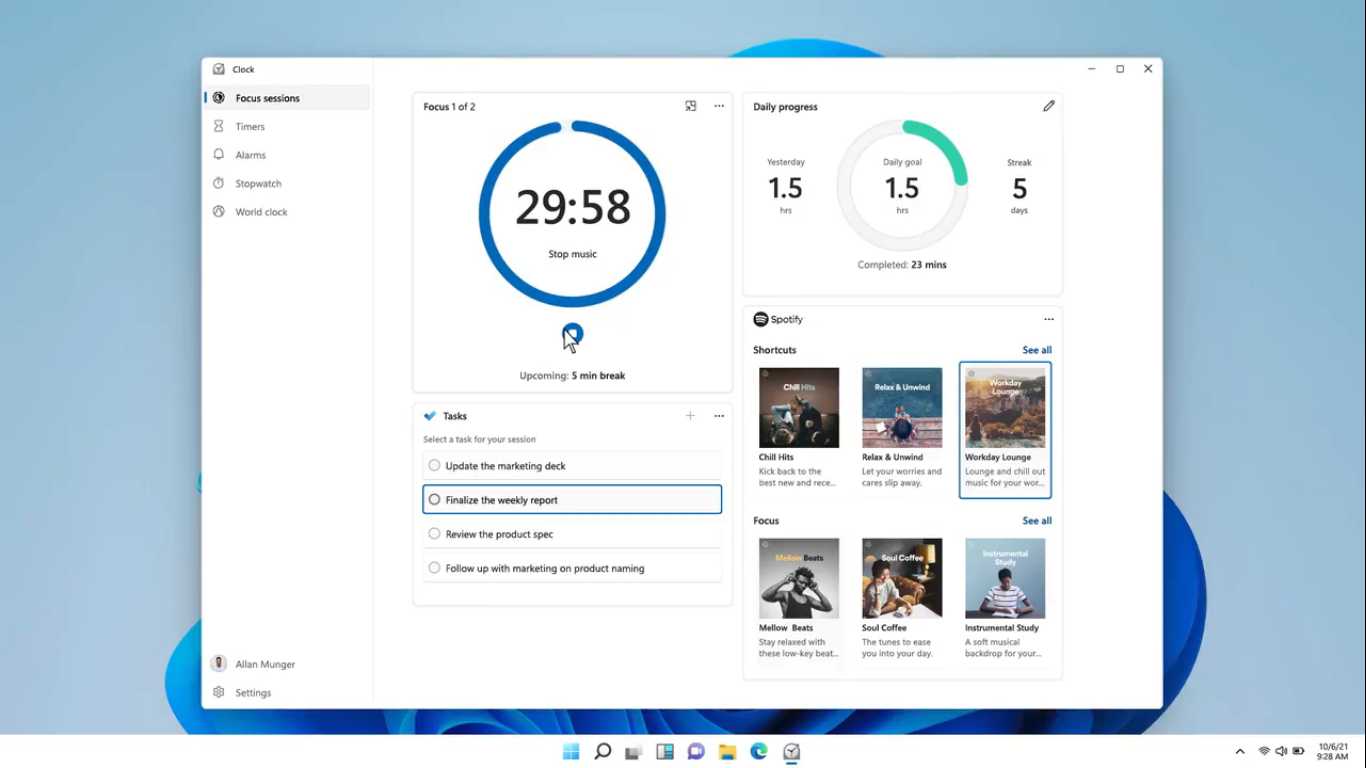 Microsoft will soon integrate Spotify in Windows 11 as part of Focus Sessions feature to help users complete tasks while listing to their favourite music. The development was shared by the Chief Product Officer Panos Panay on Twitter with a short video clip showing how the feature works. Additionally, Microsoft is also merging its OneNote apps into one and this will be part of a series of updates over the next 12 months. The company says it will provide the “simplicity of a single OneNote app on Windows while enjoying the interface and features you’re already familiar with.”

Panay shared a first look at a new Focus Session feature coming soon to Windows 11 through a short clip on Twitter. It shows Spotify integration into Windows 11 as part of Focus Sessions. In the Clock app, under the Focus sessions tab a dedicated panel for Spotify can be seen. This essentially allows you to set a focus timer and complete tasks while listening to your favourite playlist on Spotify. A list of tasks can be seen on the page with a timer above it, and the Spotify panel to the right.

For now, Focus Sessions feature is not available in the public build of Windows 11 but Panay shared it is coming soon.

Microsoft Will Require Proof of Vaccination from Employees Returning to Office