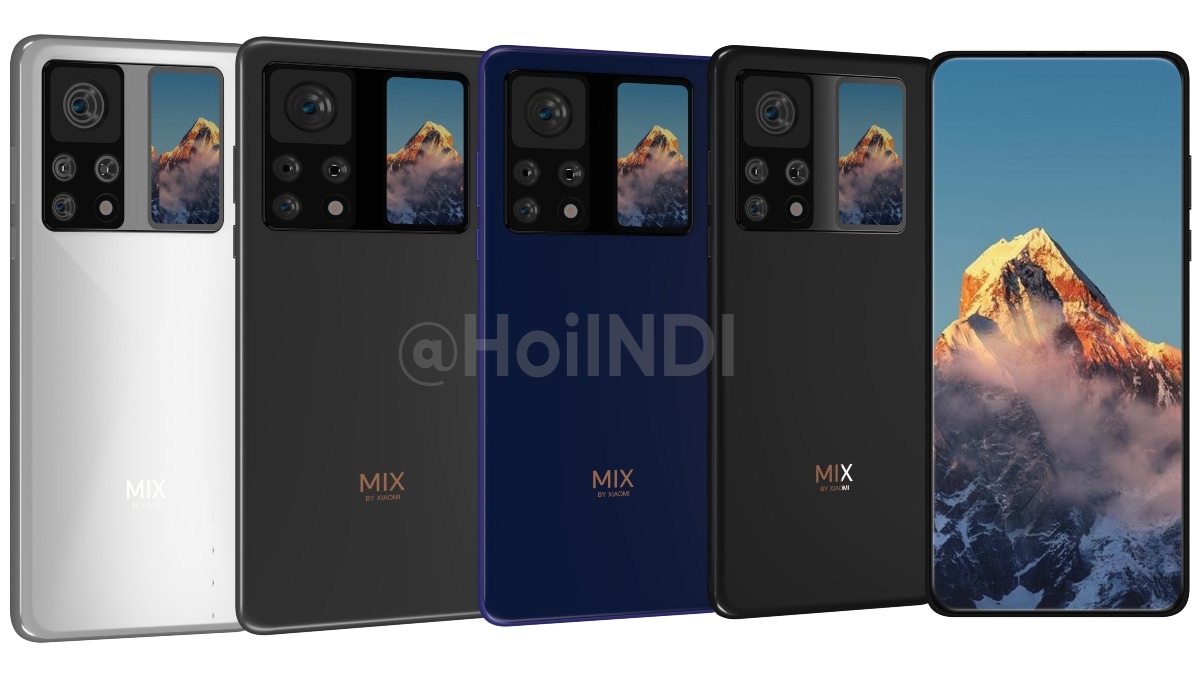 Mi Mix 4 has allegedly made its way to Geekbench and the listing hints at some of its specifications. Xiaomi recently announced that it will unveil Mi Mix 4 on August 10 in China and it will come with a host of improvements over the Mi Mix 3 5G that was launched 2019. Mi Mix 4 has also been allegedly doing rounds on different certification websites that have hinted at some specifications as well. The phone is expected to be powered by the Qualcomm Snapdragon 888 SoC.

There are multiple Geekbench listings for a Xiaomi phone with model number 2106118C — believed to belong to Mi Mix 4. They show an octa-core SoC with a 4+3+1 core configuration and this is expected to be Snapdragon 888. The phone is also listed with 12GB of RAM and running Android 11. The various listings have single-core test scores ranging from 858 to 1,164 and multi-core test scores ranging from 2,995 to 3,706.

Mi Mix 4, as the name suggests, is part of the Mi Mix series that Xiaomi debuted in 2016 with a goal to offer the most screen real estate by slimming down the bezels. The first Mi Mix came with almost no bezes on three sides but a thick chin that housed the selfie camera. Over the years, the Mi Mix phones have a had a more traditional design except for the Mi Mix Alpha with a wrap-around display and the most recent Mi Mix Fold with a Samsung Galaxy Z Fold-like foldable display. Now, the Chinese company is going to launch Mi Mix 4 and it has been tipped to come with some technological advancements.

Last month, Mi Mix 4 was tipped to come with an under-display camera that will be completely invisible to the naked eye. It is known that Xiaomi has been working on this technology for quite some time now and introduced the third generation of this tech last year. Alleged renders of the phone show a Mi 11 Ultra-style secondary display on the back and a quad rear camera setup. They also show four colour options.

Xiaomi has not officially shared any information about Mi Mix 4 except that it will be launched on August 10.

Croma ‘Constitution of Joy’ 2023 Sale: Best Deals on Apple Products
Apple Workplace Rules Violate US Labour Law, Agency Finds
With This Wallet You Can Do Everything
Foldable iPad With Carbon-Fibre Kickstand Coming in 2024, iPad Shipments May Decline This Year: Ming-Chi Kuo
US Panel to Vote on TikTok Ban Over National Security Concerns in February