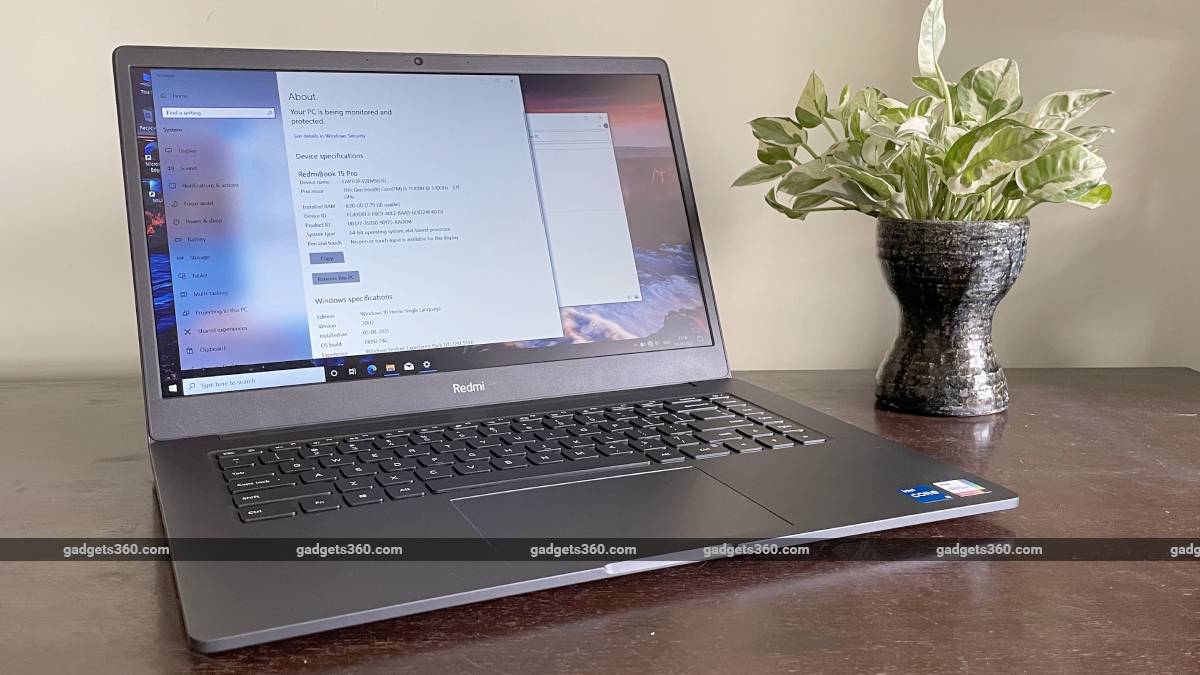 Xiaomi tends to enter new product categories with its Mi brand and then follow up with more mass-market Redmi products a while later. The recent RedmiBook launch follows last year’s Mi Notebook range, and this time the focus is on affordable mainstream models rather than ultraportables. Like most of the company’s offerings, the new RedmiBook 15 Pro and RedmiBook 15 e-Learning Edition laptops are priced competitively. Is the Redmi brand mature enough to convince you to buy one of these laptops, and should established brands worry? We’re going to check out the RedmiBook 15 Pro today to begin answering these questions.

Priced at Rs. 49,999 in India, the RedmiBook 15 Pro isn’t quite a budget laptop but doesn’t aim for the premium performance, gaming, or ultraportable segments either. The focus is on core specifications, and there are some interesting characteristics to talk about.

This laptop is relatively slim at 19.9mm thick but weighs 1.8kg which might be a bit more than some people want to carry around every day. The body is made of polycarbonate which looks quite plain in its Charcoal Grey finish. The look, while minimalistic, isn’t very impressive, unlike the metallic Mi Notebook series. There is a small reflective Redmi logo to one side of the lid, and if you look closely, you’ll see a tagline that reads “Power your creativity”. This feels unnecessary, but at least it isn’t in your face, like some examples we’ve seen recently.

There’s an unescapable plasticky feel to the RedmiBook 15 Pro. It isn’t cheap by any means, but it’s a little underwhelming. The hinge however is quite firm and you can raise the lid with one finger, which is nice. On the inside you’ll see the 15.6-inch screen which thankfully is not glossy and reflective. The frame around the screen isn’t particularly narrow, but there is thankfully a webcam at the top.

We’ll talk about usability and ergonomics in detail in our full review, which will take some more time. For now, suffice to say that the keyboard layout might disappoint some people – there’s no number pad, which a lot of other brands include on their 15-inch models. The arrow keys are full-sized and there are dedicated paging keys to the right. The trackpad is relatively large and the whole thing can be clicked physically.

The keyboard layout has its pros and cons; we’ll soon see how comfortable it is to use

You get two USB 3.2 Gen1 (5Gbps) ports and an HDMI 1.4 output on the left, along with the DC power inlet. On the right, there’s one USB 2.0 port, a collapsible Ethernet port, a full-sized SD card slot, a 3.5mm audio jack, and a Kensington security slot. The complete lack of Type-C ports is a big surprise. There’s dual-band Wi-Fi 5, Bluetooth 5.1, and stereo speakers. The webcam has a 720p resolution and the spec sheet lists a single microphone. The battery capacity is 46Wh and Xiaomi claims 10 hours of runtime per charge.

There are no options when it comes to the RedmiBook 15 Pro’s specifications– though the RedmiBook 15 e-Learning Edition is practically the same laptop with more affordable hardware. This model is powered by an 11th Gen Intel Core i5-11300H CPU, which has four cores with Hyper-Threading. What’s interesting is that this CPU has a 35W TDP and is part of a new tier within the 11th Gen ‘Tiger Lake’ series. Despite its -H suffix, it’s actually a more powerful incarnation of the low-power U-series models which are aimed at thin-and-light laptops, and not the beefier mainstream 45W+ H-series that you’ll find in most high-end and gaming laptops. That’s also why you get the relatively capable Iris Xe integrated graphics but no discrete GPU.

The RedmiBook 15 Pro has a number of ports, but surprisingly no USB Type-C

Xiaomi has gone with 8GB of DDR4 RAM which is soldered down, and there’s no free slot for you to add more later. You also get a 512GB NVMe SSD, which the company says is a standard M.2 module and can be replaced, but again, there isn’t an additional slot. The RedmiBook 15 Pro comes with Windows 10 and will be eligible for a free update to Windows 11 when it’s released. You also get a full license for Microsoft Office Home and Student 2019.

This combination of hardware should be great for everyday productivity but it won’t let you play modern games at maxed out graphics quality settings. Of course that leaves room for Redmi gaming laptops to be launched in India in the future, if or when Xiaomi decides to do so.

The RedmiBook 15 Pro seems like it could be a competent workhorse. We don’t yet have the answers to the questions we started out with, but that’s what the full review is for. It will be interesting to put this laptop to use and see how it works for entertainment, office work, and communications. We will of course also run a barrage of tests to check its performance, battery life, display and sound quality, portability, construction quality, and much more, so do stay tuned to Gadgets 360.