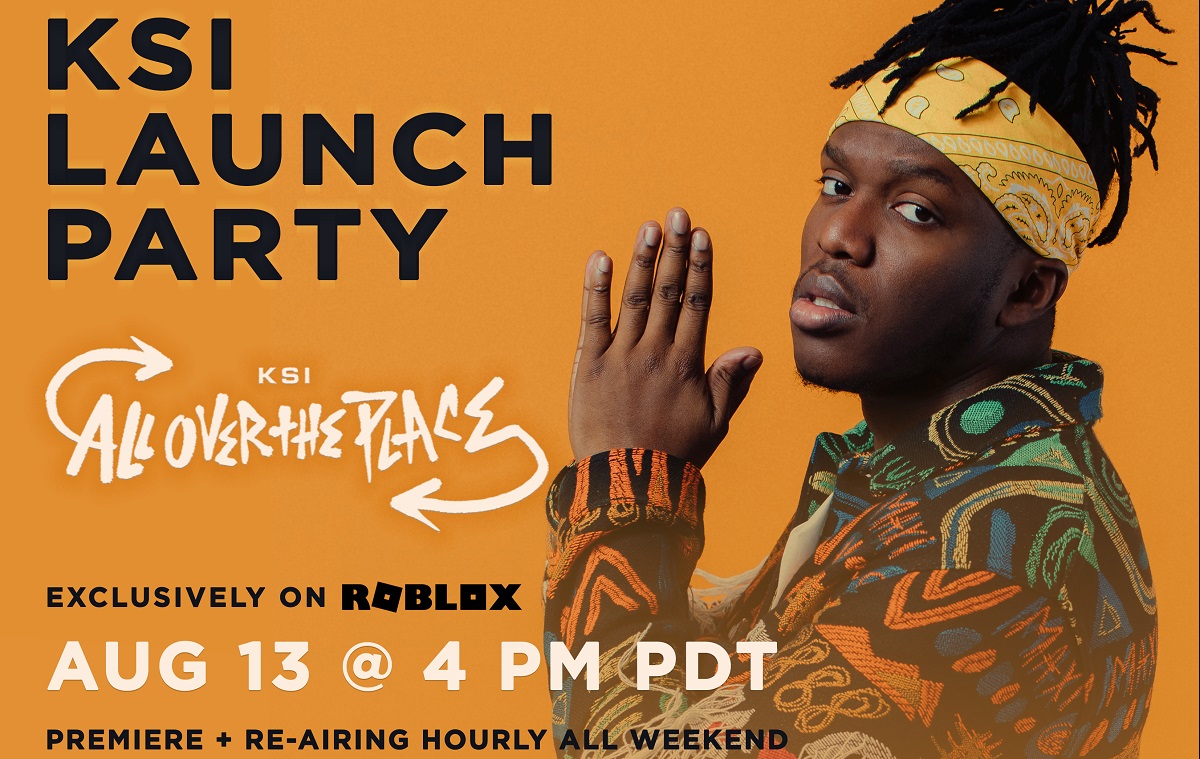 Roblox will host a launch party for YouTuber and hip-hop musician KSI as the latest performance on Roblox’s music experience platform.

Since concerts can’t be held during the pandemic, the virtual event is the next best thing, and entertainers such as John Legend and Travis Scott have been taking advantage of it to expand their brands in the digital realm.

It’s part of Roblox‘s plan to expand into education and music as ways to get more people on the Roblox platform and spending more time on a daily basis inside Roblox’s metaverse, the universe of virtual worlds that are all interconnected, like in novels such as Snow Crash and Ready Player One.

To make this happen, Roblox partnered with global music company BMG, Proper Loud, and MBA Live, as well as KSI himself.

The interactive experience will showcase a performance from KSI and feature songs from his hit album, All Over The Place. So it’s not quite a full-blown concert.

KSI’s first performance starts on Friday, August 13 at 4:00 p.m. Pacific time with encore performances hourly over the weekend and will be followed by a first-of-its kind VIP after-party experience for fans, including an exclusive virtual Q&A, on Saturday, August 14, all on the Roblox platform.

Olajide William ‘JJ’ Olatunji, known publicly as KSI, is one of YouTube’s biggest stars. He is a chart topping music artist and a professional boxer with a combined social media reach of over 40 million.

His second album All Over The Place rose to the No. 1 spot on the Official U.K. Albums Chart after generating over 34,000 copies sold in its first week, outselling the rest of the top five combined. The 16 track album project released last month features collaborations with Anne-Marie, Future, 21 Savage, Yungblud, and Polo G.

KSI said in a statement that the album takes you on an adventure and so the launch party should be equally memorable.

The Launch Party takes place under the London Eye on a dance floor with a boxing-ring theme. Before the Launch Party premieres, Roblox users will be able to hop into cars and race each other through the streets of London as well as purchase exclusive virtual merchandise, including three limited edition items. After the show, KSI will keep the virtual party going with VIP rooftop after-party where he will hang out and live chat with fans.

Epic Games and Wave have led the way in virtual concerts. The difference between Epic’s Fortnite and Roblox, however, is that Roblox is a platform, while Fortnite is a game (though Epic is certainly attempting to position it as a stepping stone to a metaverse). Roblox has created the foundations of putting on virtual concerts and handed them over to companies such as Warner Bros.

Jon Vlassopulos, vice president and global head of music for Roblox, said in a statement he can’t wait to race around London and join the exclusive VIP after party that will connect KSI with fans from around the world.

Christopher Ludwig, BMG vice president, said in a statement that KSI wants to be at the cutting edge of technology and be authentic and raw to reach his global, digital-native audience where they are.

For the new generation of music fans, Roblox provides the platform to discover, share, and get closer to music they love. For artists and labels, Roblox offers a unique and creative way to engage and attract millions of fans and drive new revenue streams, all in the metaverse.

KSI recently said in an interview that “Bitcoin is the future” and in 10 years time people who invested will be laughing. Evidently, the metaverse is the future too.