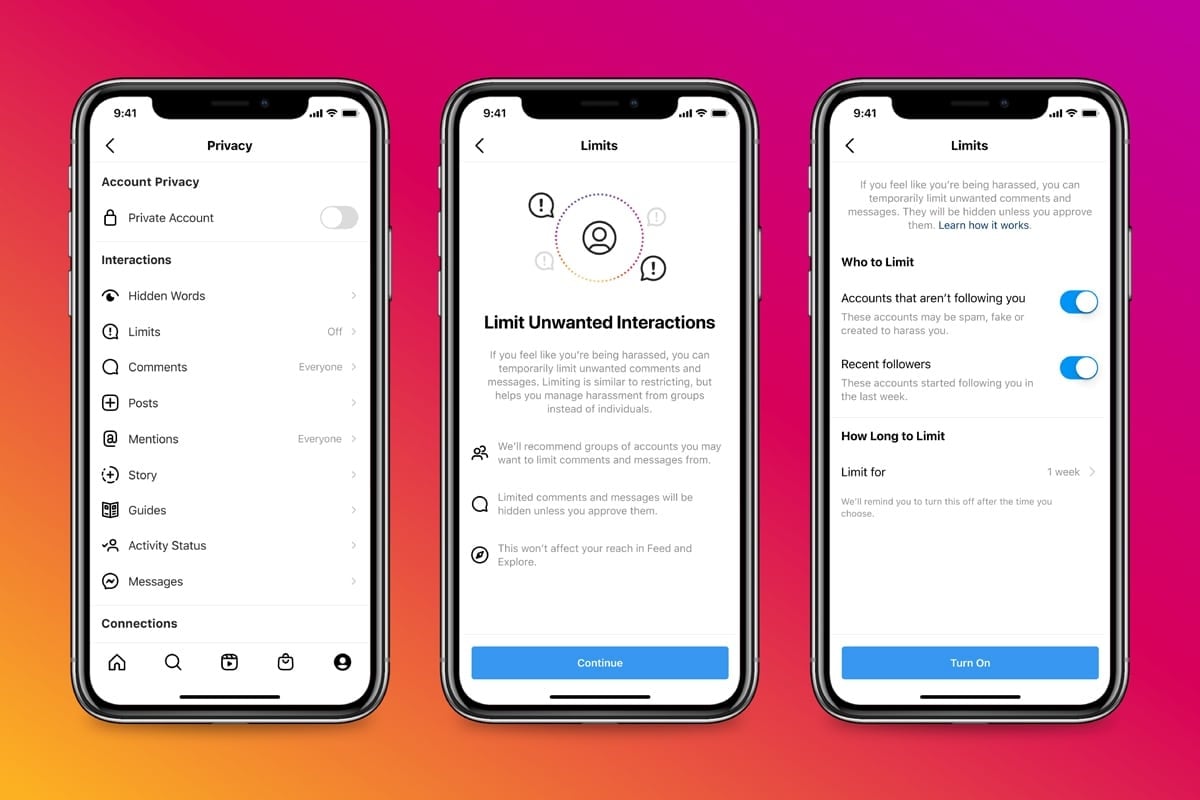 Instagram is announcing a set of new features that are aimed to help protect people from abuse on its platform. The Facebook-owned social media platform will give its users the ability to limit comments and direct messages (DM) during spikes of increased attention. It will also give stronger warnings when people try to post offensive language. Instagram is also rolling out its Hidden Words feature that blocks out abusive DM requests. The new features should be visible to all users soon.

The new features for Instargram were announced through a post in its blog. The image sharing platform is introducing a new feature called Limits that will automatically hide comments and DM requests from people who don’t follow the user or who have recently started following the user. Research by Instagram shows “a lot of negativity towards public figures comes from people who don’t actually follow them, or who have only recently followed them, and who simply pile on in the moment.”

Limits feature will be available globally and started rolling out on August 10. It can be turned off or on from the Privacy settings. Instagram also mentions that it is working on detecting when a user may experience such a spike so they can so it can prompt the user to turn on Limits.

Instagram already shows a warning when someone tries to post a potentially offensive or abusive comment on a user’s post. Earlier a stronger message was shown after the second or third offensive comment but the social media platform mentions in its latest blog post that it will start showing stronger messages right from the get-go.

The platform recently announced a filter to help curb hate speech online. The new Hidden Words feature allows users to automatically filter offensive words, phrases, and emojis into a hidden folder. This feature also filters DM requests that are likely to be “spammy or low-quality.” Instagram says this feature will be available globally by the end of this month. It has also expanded the list of offensive words, phrases, and emojis to automatically filter out hate speech. There is a new opt-in option to Hide More Comments that “may be potentially harmful, even if they may not break our rules.”

Fntastic Denies ‘Scam’ Claims, Says The Day Before Delay Was Pre-Planned After MMO Gets Delisted From Steam
What is Intel playing at…?
Hogwarts Legacy, Like a Dragon Ishin, and More: February Games on PC, PS4, PS5, Switch, Xbox One, Xbox Series S/X
Government to Hold Discussions With Stakeholders on PIB Fact Checks for Social Media in February: MoS IT
Twitter Makes First Interest Payment to Banks on Elon Musk’s $13 Billion Buyout Loan