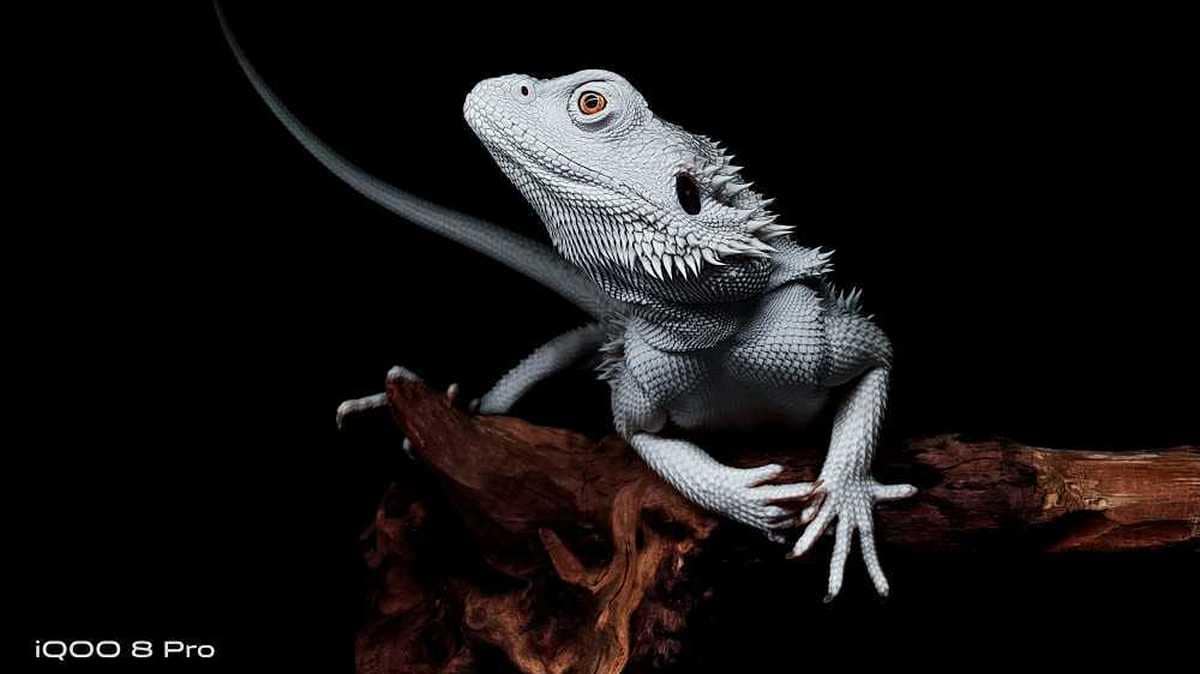 iQoo 8 series will be unveiled in China on August 17 and ahead of its launch, the Vivo-sub brand has shared its camera details along with some samples. iQoo 8 Pro will feature a 50-megapixel primary sensor along with a 48-megapixel sensor with an ultra-wide-angle lens. iQoo 8 series will include the vanilla iQoo 8 and the iQoo 8 Pro, and while the company has not shared specifications for the two phones, a known tipster has hinted at what to expect from them.

Starting with the camera sample, iQoo took to Weibo to share that the iQoo 8 Pro will come with a triple rear camera setup. The main sensor will be a 50-megapixel sensor while the secondary will be a 48-megapixel sensor with an ultra-wide-angle lens. Details for the third sensor have not been shared yet. The camera samples are for the iQoo 8 Pro and they show a white lizard on a branch with a black background. It shows deep blacks and sharp contrast between the colours. iQoo said the camera setup includes OIS with five-axis anti-shake micro-head (translated) stabilising feature.

As for the specifications, a tipster with the pseudonym Panda is Bald (translated) shared on Weibo that the vanilla iQoo 8 will feature a 10-bit 1080p display. It is said to pack a triple rear camera setup that includes a 48-megapixel Sony IMX598 sensor and two 13-megapixel sensors. It may be backed by a 4,350mAh battery that supports 120W fast charging.

The iQoo 8 Pro, on the other hand, is said to feature a 6.78-inch 2K display and a triple rear camera setup (as seen in the official post). The setup is said to include a 50-megapixel Sony IMX766 SoC, a 48-megapixel Sony IMX589 secondary sensor, and a 16-megapixel tertiary sensor. The Pro model may be backed by a 4,500mAh battery with 120W fast charging.

iQoo 8 series will launch in China on August 17 and the Pro model was recently tipped to come in a BMW Motorsport Edition as well. The iQoo 7 series launched in China in January this year and then in India in April. The iQoo 8 series can be expected to follow the same gap in terms of its India launch.

Tech layoffs have left workers living in the US on visas with little time to find a new job #shorts
The Last of Us TV Series Renewed for Second Season at HBO
Oppo Reno 8T Price, Specifications Leaked via Retail Listing Ahead of February 8 Launch
Apple to Limit Wi-Fi 6E Connectivity to iPhone 15 Pro, iPhone 15 Pro Max Models: Report
Bloomberg Live: What’s Next For Crypto?