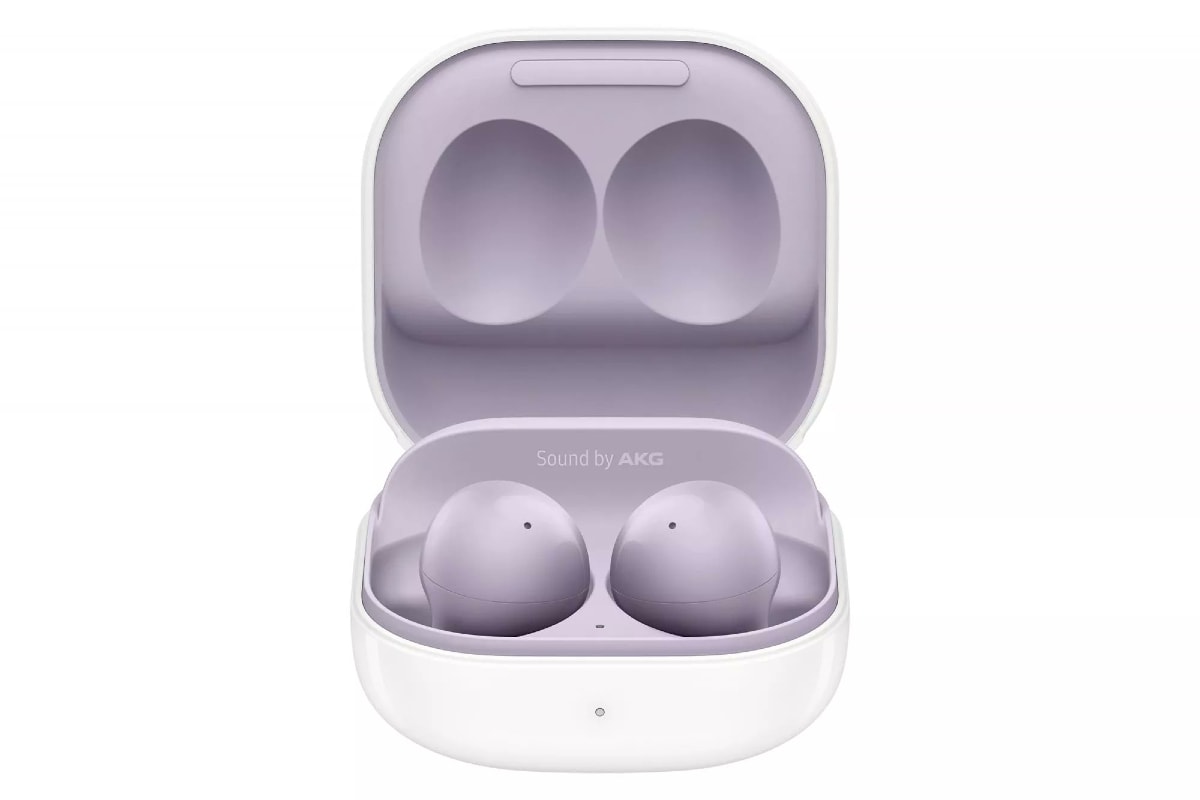 Samsung Galaxy Buds 2 price has been set at $149.99 (roughly Rs. 11,100). The earbuds come in four distinct colour options — Graphite, Lavender, Olive, and White — and are set to be available for purchase in select markets from August 27. Details about the India price and launch date for the Galaxy Buds 2 are yet to be announced.

The Samsung Galaxy Buds 2 come in a two-way driver configuration that includes a tweeter and an woofer. The earbuds feature three microphones — of which, two will be used for ANC. Samsung has also offered AKG-tuned audio.

The design of the earbuds is quite different from the Galaxy Buds and Galaxy Buds+ and the bundled case reminds us of the Galaxy Buds Live. There is also an IPX7 certification for splash and water resistance.

Samsung has provided Bluetooth v5.2 connectivity on the Galaxy Buds 2. The earbuds also have six different equaliser settings that you can set from your connected phone.

The Galaxy Buds 2 are claimed to deliver up to 29 hours of battery life — including the battery of the charging case — with the earbuds offering up to 7.5 hours of continuous playback on a single charge. However, when using ANC, the battery life will drop to 20 hours. Each earpiece of the Galaxy Buds 2 packs a 61mAh battery and the case has a 472mAh battery. Users will also get one hour of listening from the earbuds with just five minutes of charging. Further, there is Qi wireless charging support.

What is Intel playing at…?
Reliance Jio, Airtel Mobile Users Tally Increased in November, While Vodafone Idea Faces Loss: TRAI
TikTok CEO to Testify Before US Congress in March Amid Increased Scrutiny Over Security Concerns
Apple to Limit Wi-Fi 6E Connectivity to iPhone 15 Pro, iPhone 15 Pro Max Models: Report
iPhone 14, iPhone 14 Plus Get Discounts of Up to Rs. 15,000: Here’s How Much They Cost Now