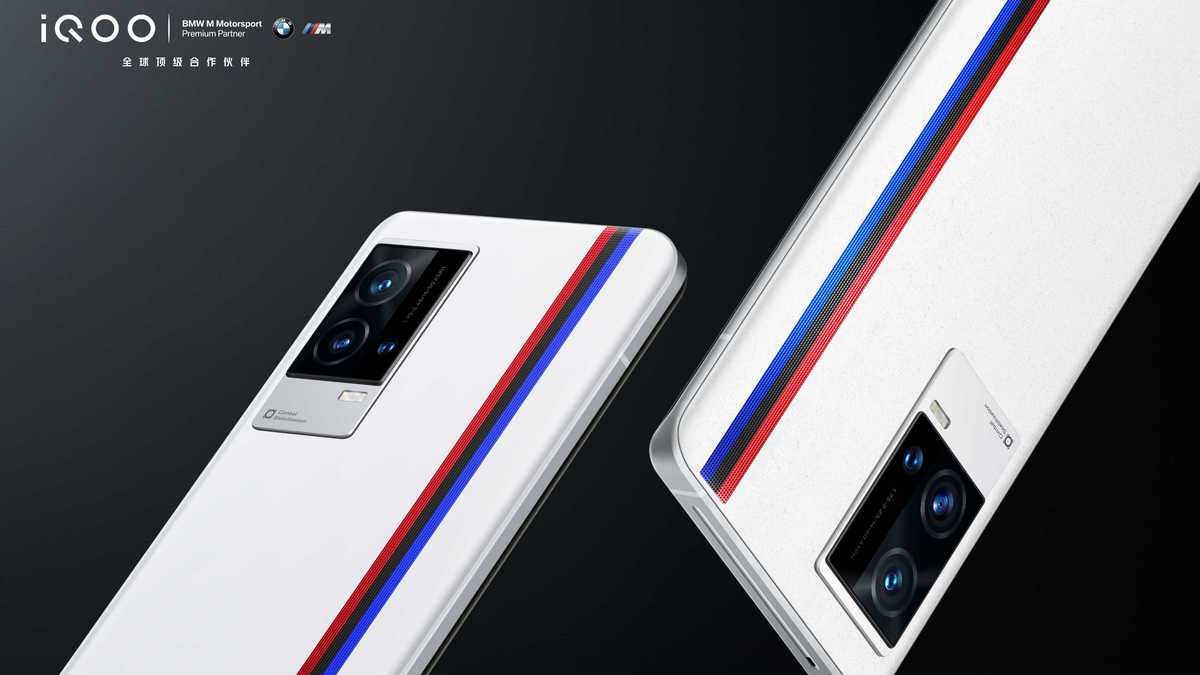 iQoo 8 Pro design has been shared by the company ahead of its August 17 launch. The iQoo 8 series is said to include the vanilla iQoo 8 and the iQoo 8 Pro, with the latter also coming in a BMW M Sport colorway. Pricing for this model has allegedly leaked and the phone is said to cost just under CNY 5,300 (roughly Rs. 60,700). Additionally, the iQoo 8 has been reportedly spotted on the IMEI database with the model number I2019 which, according to a tipster, is the Indian variant of the phone.

iQoo 8 series will launch in China next week and will include a vanilla and a Pro model. Like the iQoo 7 Legend, the iQoo 8 Pro will be offered in a BMW M Sport colourway, which the company has revealed on the Chinese microblogging website Weibo. The phone can be seen sporting the iconic tri-colour strip on the back. The triple rear camera setup can be seen as well. Recently, iQoo shared camera samples of the iQoo 8 Pro’s rear cameras and revealed that it will include OIS with five-axis anti-shake micro-head (translated) stabilising feature.

Tipster Mukul Sharma has further shared the price of the iQoo 8 Pro model with 8GB RAM and 256GB storage. It is said to cost CNY 5,299 (roughly Rs. 60,700). As of now, it is unclear if this will be the only configuration and how much the iQoo 8 will cost.

The same tipster has also said on Twitter that the iQoo 8 has been spotted on the IMEI database with the model number I2019. The tipster claims this is the Indian variant of the phone and that a launch in the country is not too far away. As of now, iQoo has not shared any information on the India launch for the iQoo 8 series. The iQoo 7 series launched in China in January this year and then in India in April so the iQoo 8 series may follow the same time gap between its China and India launch.

Lastly, another tipster on Weibo, Digital Chat Station (translated) has shared that the iQoo 8 Pro will have a unique fingerprint solution. The phone is expected to carry an in-display fingerprint scanner but what’s unique about it remains to be seen.