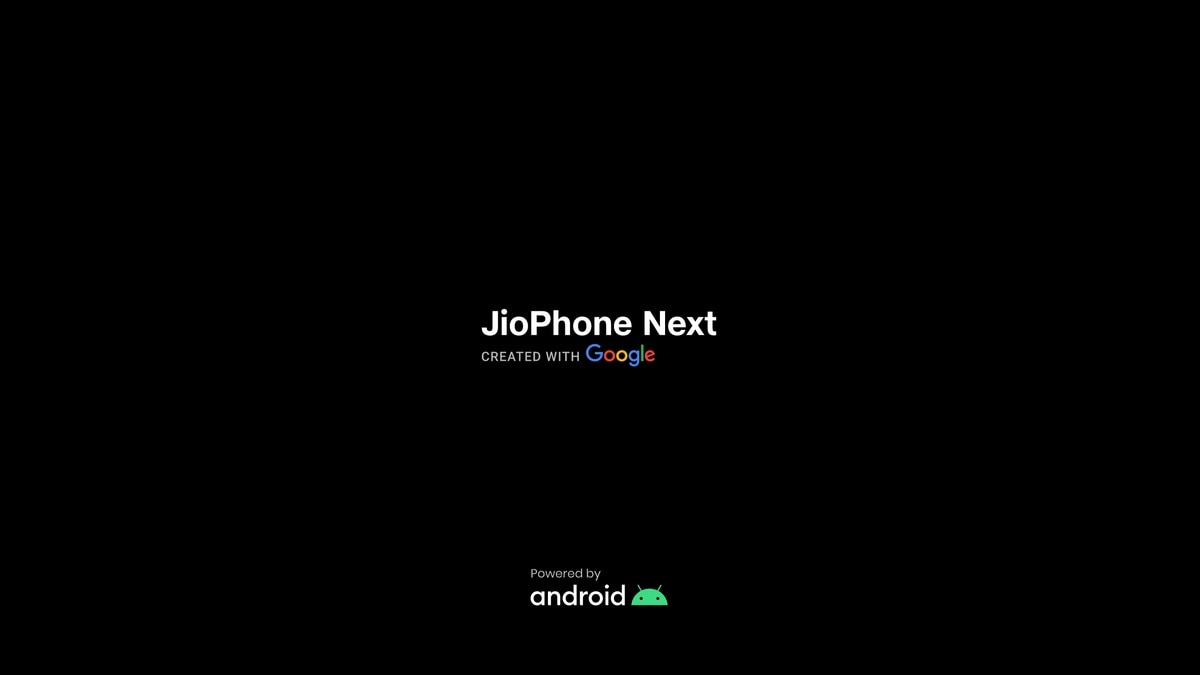 JioPhone Next, the upcoming entry-level Android smartphone designed by Reliance Jio in partnership with Google, was announced in June. The phone is scheduled to go on sale in September and looks like its specifications have leaked. JioPhone Next is said to run Android 11 (Go Edition) and feature a single rear camera, along with an HD+ display. At the 44th Reliance Industries Annual General Meeting (AGM) where the phone was first announced, Reliance Chairman and Managing Director Mukesh Ambani had said the JioPhone Next will be the most affordable smartphone not just in India, but globally.

The specifications of the JioPhone Next were shared by Mishaal Rahman, the Editor-in-Chief at XDA Developers on Twitter, along with a screenshot of the phone’s boot screen which says “JioPhone Next Created with Google”. The phone is said to have the model number LS-5701-J and run on Android 11 (Go Edition). It may feature a 720×1,440 pixels display and be powered by a Qualcomm QM215 SoC. It is a 64-bit, quad-core mobile processor with the Qualcomm Adreno 308 GPU. It is designed for low-end devices and comes with a built-in Qualcomm Snapdragon X5 LTE modem with support for Bluetooth v4.2, GPS, up to 1080p video recording, LPDDR3 RAM, and eMMC 4.5 storage.

Rahman also claimed that the JioPhone Next will get a single 13-megapixel camera on the back and an 8-megapixel camera at the front for selfies and video calls. Additionally, the phone is said to come pre-installed with ‘DuoGo’ that may have some low RAM optimisations. A newer version of Google Camera Go is also pre-installed on the phone with Snapchat integration.

As for the price, Rahman mentions that the companies are aiming for a sub $50 price tag which suggests the phone could cost under Rs. 4,000 in India. It is scheduled to go on sale on September 10 but Jio has not shared pricing as of yet.

Tech layoffs have left workers living in the US on visas with little time to find a new job #shorts
Apex Legends Mobile Is Shutting Down in May, EA Won’t Offer Refunds for In-Game Purchases
Google Pixel Tablet Image Leaks Online; Suggests Only One Model May Be Launched
iPhone 14, iPhone 14 Plus Get Discounts of Up to Rs. 15,000: Here’s How Much They Cost Now
OnePlus V Fold, OnePlus V Flip Allegedly Spotted on Trademark Site, Tipping Imminent Launch