Nexon CEO Owen Mahoney told investors during an earnings call Wednesday that he would not give launch dates for highly anticipated releases of KartRider: Drift and the first game from Patrick Soderlund’s Embark Studios.

His remarks surfaced truths about game development seldom discussed in financial circles. The suits of the business — CEOs, chief financial officer, and other game leaders — may often plant a flag in the ground by scheduling a game. But Mahoney, a suit himself, is quite critical of those other suits, as he believes scheduling a game launch to meet a financial target almost never ends well for the players, the development team, and the investors.

Mahoney told shareholders and analysts that if they must pick a date for their financial models, they should put both games in the second half of 2022. He said the games would probably show up sooner, but he wouldn’t say when. Mahoney doesn’t want to set dates, because he believes game development is a nonlinear process that involves innovation, failure, testing, and polish. And he doesn’t want to set up the entire company for bad communications and overwork by covering his own ass. 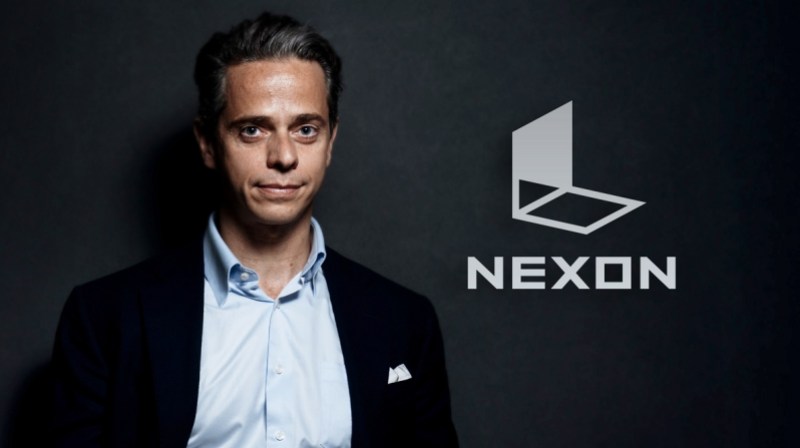 Above: Owen Mahoney is the CEO of Nexon

By setting dates, Mahoney said leaders put the wrong kind of pressure on game developers to ship a game no matter what. That leads to “crunch mode,” or forcing developers to work overtime, often unpaid.

“Crunch mode is one of the most pernicious problems in our industry. The charade of launch timing serves little purpose except this dance with equity analysts,” Mahoney said.

He went on to say, “Instead, the right thing to focus and push for is a game that blows people’s minds. If we achieve that, the game will last many years, and the revenues will dwarf what we would have made by launching a quarter or two earlier.”

And he added, “I’m sorry nobody in my industry has explained this to you before. Within the industry, we all know it’s true, and yet few talk about it openly. Everyone should. So rather than giving you a date, this team is going to give to our customers and employees a commitment to make the best game we can, as soon as we can.”

It was a bit risky for Mahoney to say that. But Nexon’s stock price went up 8% the next day, and it has held up.

Mahoney has been particularly successful at communicating things that people may realize is true but don’t really want to hear. While he took on financial analysts this week, he also told game developers back in June that they also needed to communicate better. He said he didn’t want creators to tell him what he wants to hear. He acknowledges that creating games can be hard, scary, expensive, and complicated.

Creators giving pitches in the board room often make the mistake of saying what they think the board wants to hear, he said. Instead of talking about how they make a game to ride on a market trend, they should pitch a game that no one else is pitching and make the game that they have always dreamed of making, he said. He also said game companies say they love innovation, but they resist creators at every turn. Again, this is an enlightened view that you wouldn’t expect from a suit.

Mahoney’s speech this week, which you can see below, was a small victory for reason. But it’s a conversation that is playing out in the board rooms at many companies in the industry, with often mixed results.

A year of delays 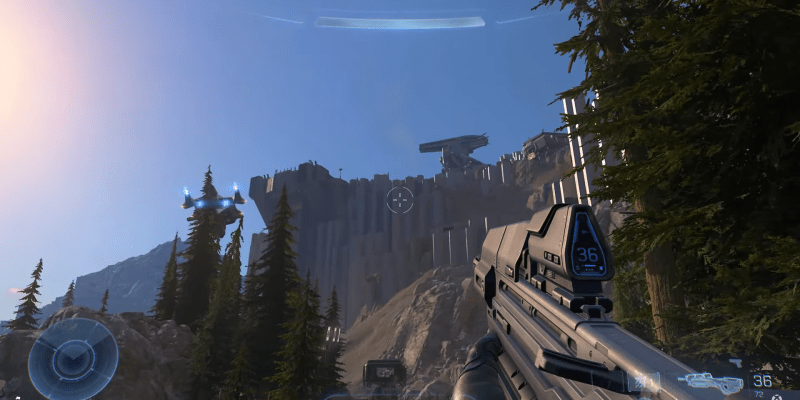 Above: Halo Infinite is one of many big games that faced delays in recent years.

The pandemic has made game delays a familiar things. We were all disappointed last year when Microsoft pushed back the launch of Halo Infinite.

Back in April, the Game Developers Conference said its industry survey of game devs found 44% of those polled said “Yes” when asked if their game has suffered a delay due to the pandemic (up from 33% last summer), 48% answered “No,” and the remainder said they were not working on a game. And market researcher Newzoo estimated that the global game market would shrink in 2021 for the first time in many years, not because of weak demand but because so many of the much-anticipated games were going to be delayed due to the pandemic.

And it seems like reality is playing out this as Newzoo foresaw. We’ve seen recent delays for Tango Gameworks’ Ghostwire: Tokyo, Ember Labs’ Kena: Bridge of Spirits, Ready At Dawn’s Lone Echo II, Ubisoft’s Riders Republic and Rainbow Six: Extraction. Often, the need to improve product quality was the reason given for the delay, and some say that it’s simply harder to finish games on time during the pandemic with remote development.

On top of that, Intellivision delayed the launch of its Amico retro game console. In that case, the cause was the worldwide semiconductor shortage. 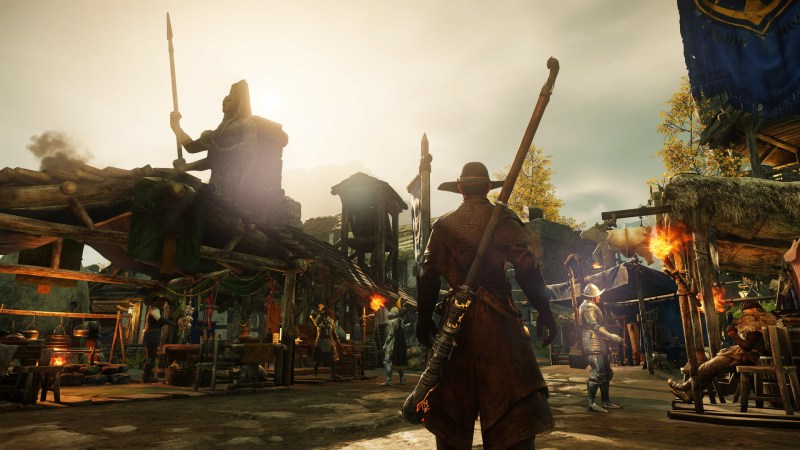 As Mahoney interpreted game development, these delays aren’t necessarily a bad thing, particularly if it results in good quality.

In the past, game developers who delay their games are often viewed in the industry as incompetent. That’s the narrative that has been applied to Amazon Games, which has delayed its New World game a few times and pushed it back a month again.

No one really wants to have their reputation tarred that way. That’s why teams set ambitious goals and hope against hope that they can achieve them. Yet we saw last year what happened when CD Projekt Red shipped the flawed but potentially brilliant Cyberpunk 2077 after many delays and gamers discovered that it was riddled with bugs. The company’s stock price fell, Sony took the game off its store, and the company had to double down on the engineering resources to fix the game as soon as it could.

Mahoney’s calculated risk of brushing back the analysts is a good one, because Nexon has generally been doing well, and more money is lined up than ever before to invest in the game industry. Research firm InvestGame said $50.2 billion was invested into games in the first half of 2021, about four times the number in the first half of 2020. Drake Star Partners said the number was actually $60 billion.

Across the industry, money should be available to cover the costs of development. And so game developers who are facing a tough choice right now should follow Mahoney’s lead and do the right thing. They should delay their games, spare their staffs from crunch, and resist setting unrealistic dates to please upper management. Mahoney just gave them all some air cover, and game makers should take it.

Above: Embark Studios is using photogrammetry to create realistic environments.

Here’s the text of what Mahoney told analysts and shareholders:

It will depend on when our developers feel they have an outstanding game that they are proud to show to their closest friends. Getting there is all about iteration, play-testing and polishing. And any game company that is experienced and who is being honest with you will tell you this is not a linear process. Iteration is about making the game fun, and that is an art challenge, not an engineering challenge.

So, we could give you a date. That would satisfy your near-term need to plug something in to your model. And it would generate near-term excitement from users.

But then it would put the wrong type of pressure on the game developers. They would have to hit a date regardless of what is right for making the game fun. In our industry that’s called crunch mode, which is industry parlance for “put a game out by a certain deadline, no matter what the costs on the employees.“ Even after crunch mode, the game is often still not ready to launch. The result of all this is frequently disappointed customers, burnt-out, demoralized developers, and damaged brands and impaired financial returns for investors.

Crunch mode is one of the most pernicious problems in our industry. The charade of launch timing serves little purpose except this dance with equity analysts.

Instead, the right thing to focus and push for is a game that blows people’s minds. If we achieve that, the game will last many years and the revenues will dwarf what we would have made by launching a quarter or two earlier.

I’m sorry nobody in my industry has explained this to you before. Within the industry, we ALL know it’s true and yet few talk about it openly. Everyone should.

So rather than giving you a date, this team is going to give to our customers and employees a commitment to make the best game we can, as soon as we can.

None of this is to imply we are pushing back the date for any of our games, or that we are experiencing delays. It is only to let you know as fully as we can how we make our decisions on product launches. If your primary job is to fill in your Excel model, you’ll hate our approach.

But if you consider your job definition to be making money by identifying mispriced assets in the entertainment industry, we think you’ll find our way a lot more lucrative.