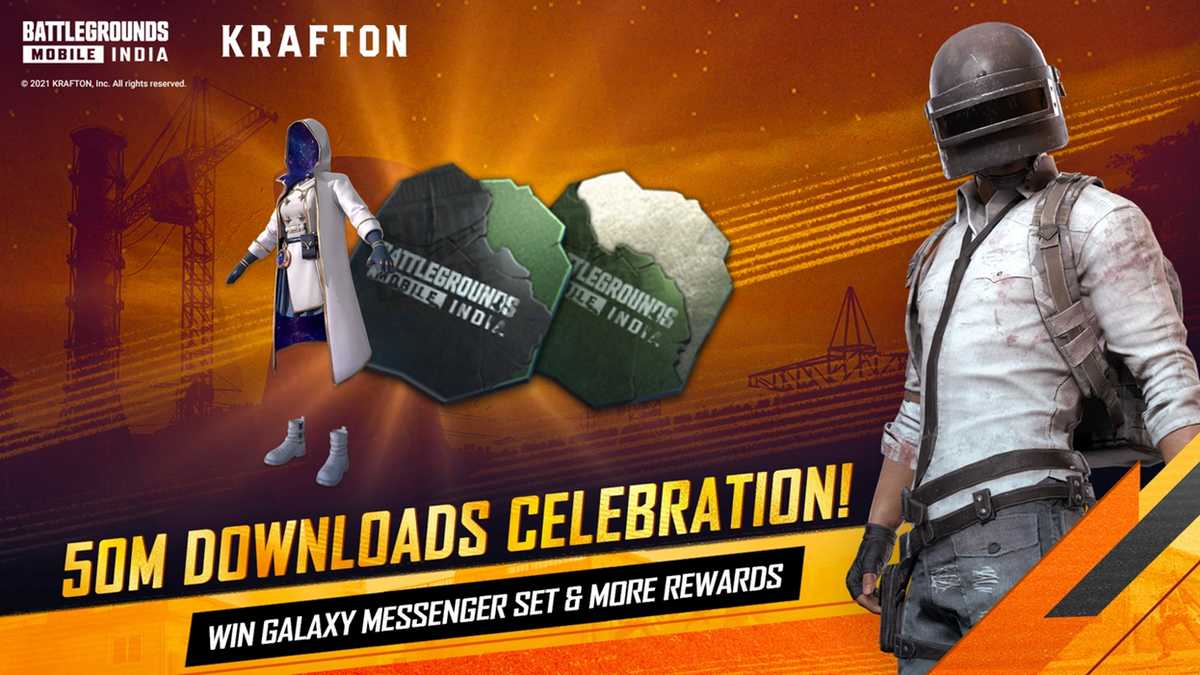 Battlegrounds Mobile India has crossed the 50 million downloads mark. The game was officially launched on July 2 and has seen significant growth in the past month, although it was available a little ahead of the official launch. Krafton shared the development through a press release and rewarded players in-game with a permanent outfit as part of the 50M Downloads Rewards Event announced earlier this month. Battlegrounds Mobile India is currently only available on Android, but the developer has been teasing an iOS launch that will happen soon.

Just over a month after the official release of Battlegrounds Mobile India on July 2, developer Krafton announced a 50M Downloads Rewards Event in anticipation of the game reaching 50 million downloads. In the first week of launch, Battlegrounds Mobile India saw 34 million downloads and it was a matter of time for the game to reach 50 million. The 50M Downloads Rewards Event included milestone rewards for the three phases — reaching 48 million, 49 million, and 50 million downloads. Now, as of August 14, the game has completed the final phase and players have been rewarded in-game with the Galaxy Messenger Set outfit as a permanent item.

“We extend our warm wishes to our Indian fans on the occasion of Independence Day. We are delighted to be a part of this celebration, made even sweeter with Battlegrounds Mobile India hitting 50M downloads on Play Store in just over a month! I am looking forward to an equally strong response to our first esports tournament starting next month,” Wooyol Lim, Head of Battlegrounds Mobile Division at Krafton shared.

In the press release, Krafton also said that it will be making announcements on the iOS version of the game very soon on its social media channels. Battlegrounds Mobile India is expected to hit the App Store this month but there is no exact date as of yet.

Battlegrounds Mobile India is a free-to-play battle royale game that launched in India as the local avatar of PUBG Mobile which was banned in the country back in September.