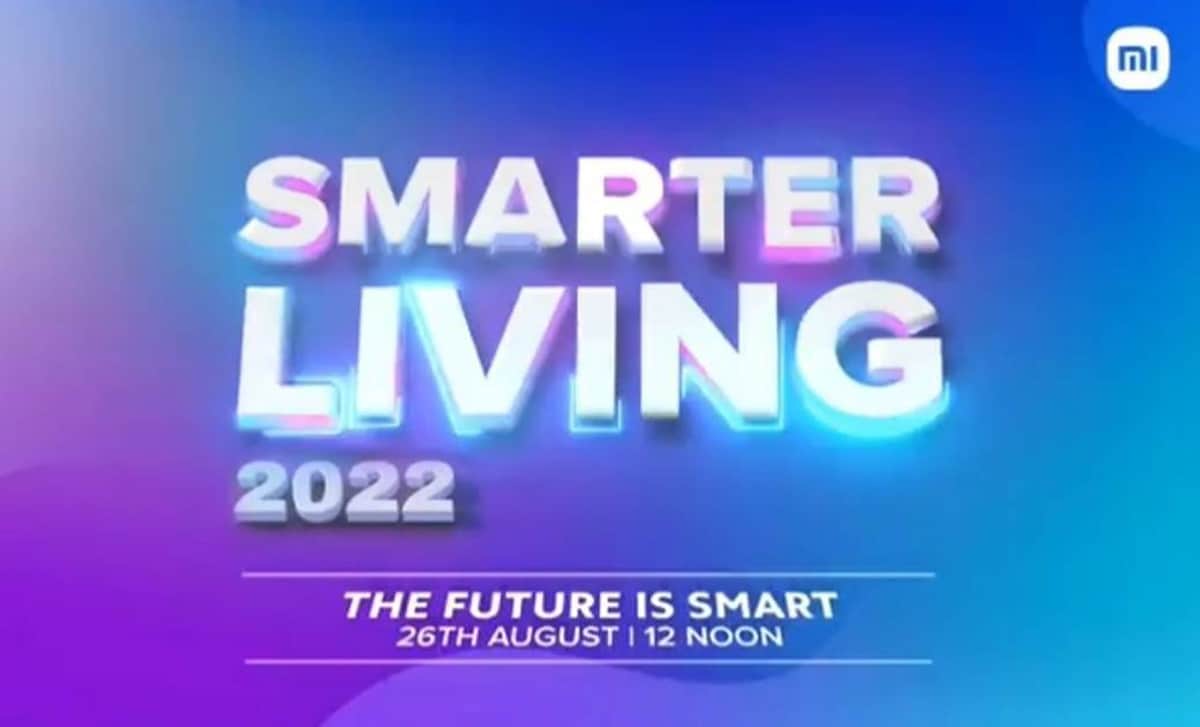 Xiaomi has announced the arrival of its annual Smarter Living 2022 event. The event will be held on August 22 at 12pm (noon). Teasers suggest that the company may unveil new television sets and a new Mi Notebook as well. Xiaomi is also anticipated to launch new truly wireless earbuds in the Indian market and it is also rumoured to unveil a new power bank. A teaser poster shared by Xiaomi suggests that there may be a new vacuum cleaner announced as well.

The company sent out emails to the media announcing the Smarter Living 2022 event on August 22. It shared two posters teasing the launch event. The first poster does not offer any hints on what’s coming and just announced the date and tagline, which is ‘The Future Is Smart.’

The other poster teases the arrival of several products. It hints that Xiaomi may unveil a new power bank and new earbuds. The company is likely to expand its Mi True Wireless range and introduce the latest earbud in the Indian market. The poster suggests that Xiaomi may launch a new robot vacuum cleaner as well. The Mi Robot Vacuum Mop-P was launched in India in April and an upgraded model may be introduced at Smarter Living 2022.

In addition, the poster teases the arrival of new TV sets. Xiaomi has also published a dedicated page on Mi.com asking users to register for the event. There is a ‘Notify Me’ button that has gone live, and a trivia question hints the arrival of a new Mi Notebook as well. The trivia question reads, “Judge me by the cover and by what’s inside, because this new Notebook is here to blow your mind!” The company recently teased a new Mi Notebook model with a backlit keyboard and this model will launch at the event. The new Mi Notebook model is also teased to integrate a webcam, something that was lacking in previous models.

Xiaomi will likely tease the products launching at Smarter Living 2022 event in the coming days offering more clarity on names and features of the devices in the offing.

Forget Face Unlock, Indian Researchers Have Figured Out a Way to Authenticate Mobiles With Teeth