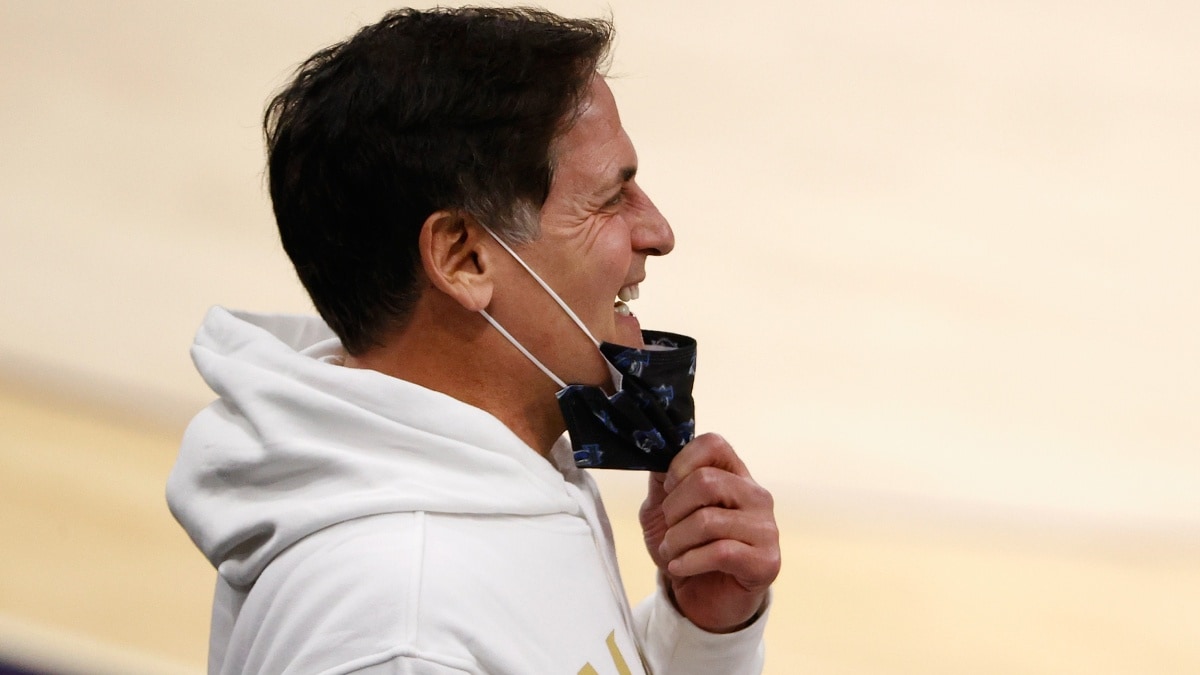 American billionaire Mark Cuban, a high-profile supporter of cryptocurrency, has revealed that he owned less than $500 (roughly Rs. 37,170) worth of Dogecoin. The billionaire investor and Shark Tank star said this when a Twitter user asked him about Bitcoin and Dogecoin, wishing to know which of the two cryptocurrencies he held more in his investment portfolio. Cuban has in the past praised the meme-based cryptocurrency as the strongest medium of exchange. According to the Bloomberg Billionaires Index, Cuban’s net worth is $5.8 billion (roughly 43,120 crores).

In a tweet, Cuban said that his NBA team Dallas Mavericks owned what it has sold in merchandise. “The Mavs have what we sold in merch,” he tweeted, adding, “I personally own $494 worth of DOGE.” Cuban’s professional basketball team is one of the leading high-profile organisations that accept the meme-inspired currency as payments for tickets and merchandise.

The Mavs have what we sold in merch. I personally own $494 worth of DOGE

In March this year, the Mavericks said it has become the first NBA team to accept Dogecoin. Recently, Cuban said that the team is set to give special pricing for merchandise to those who pay in Dogecoin, a cryptocurrency that has also got the backing of another billionaire entrepreneur, Elon Musk.

However, some Twitter users were stunned knowing that Cuban, who had invested in Iron Finance’s Titan token and “got hit” when its price crashed from $64 (roughly Rs. 4,740) to near zero within 24 hours in June, had put so less in Dogecoin despite publicly supporting it in the past and they criticised Cuban for it.

A user asked the billionaire to stop tweeting about Dogecoin, saying after his revelation there was a fear that people could lose money in a price crash.

Cmon mark. People are gonna end up losing their money. Nothing fun about that. Just stop.

In reply to the criticism, Cuban said, “DOGEsphere is fun. Their memes are great. They have fun. They make fun of themselves. It’s fun to be part of.”

I don’t pump anything other than Mavs merch. BUT, the DOGEsphere is fun. Their memes are great. They have fun. They make fun of themselves. It’s fun to be part of. https://t.co/wi6I49yMnL

He also said in another tweet that the virtual currency’s flaws and simplicity are its “biggest strengths.”

The point about DOGE that people miss is that DOGE’s imperfections and simplicity are it’s greatest strengths. You can only use it to do 2 things: Spend It or HODL It. Both are easy to understand. And it’s cheap to buy. Which makes it a community anyone can join and enjoy.

Cuban became a billionaire after he sold his online video portal company, Broadcast.com, to Yahoo in 1999.

As of August 17 (4:46pm IST), Dogecoin price in India stood at Rs. 25.85. Click here to check out the prices of other leading cryptocurrencies.

Samsung to Collaborate With Google, Qualcomm, Microsoft, and Meta on a New XR Headset: Report
What is Intel playing at…?
Windows 10 is going away…
13 Coolest Gadgets That Are Worth Seeing
Google Reportedly Working on Fast Pair Setup for New Android Phones, May Debut on Samsung Galaxy S23 Series