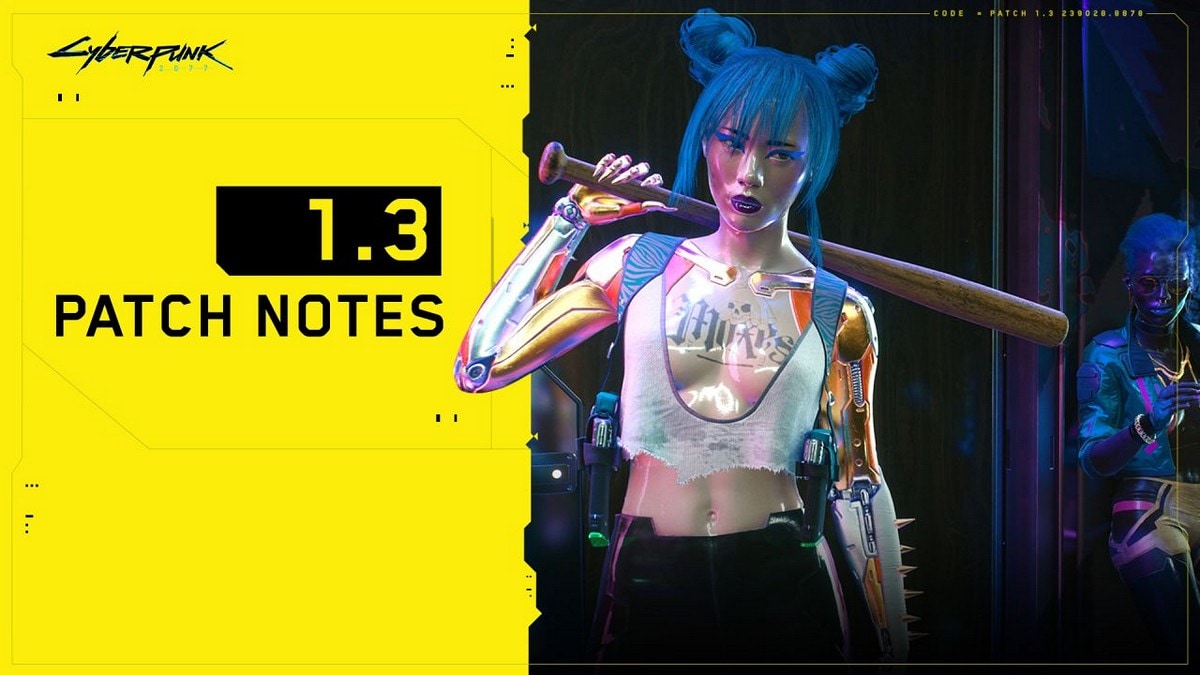 Cyberpunk 2077 Patch 1.3 is live for PC, Xbox Series X/ S, PlayStation 5, Xbox One, PlayStation 4, and Stadia. The new patch brings a host of improvements and changes to the game that was released in December last year after several delays. Developer CD Projekt Red had been silent about a new patch for the game ever since the Patch 1.23 was released in June. But now, with the new patch, it seems to have addressed a lot of issues. It comes along with the first free downloadable content (DLC) for the game. But it may not be what you think.

CD Projekt Red had a rough launch with Cyberpunk 2077 in December 2020 due to the hype it had built up over the years, which was followed by the game’s lackluster performance especially on older generation consoles. The developer has released several patches and hotfixes since then to make the game more playable, and the new Patch 1.3 is another step in that direction. It adds a huge list of changes and improvements to the game and the full patch notes have been shared on the official website. On PC, the patch is around 36.3GB in size, which may vary for consoles.

Patch 1.3 brings a lot of general improvements, balance changes, stability and performance improvements, UI fixes, bug fixes, and more, along with some DLCs to Cyberpunk 2077. One of the major improvements shared prior to the release of the patch is to do with the in-game GPS navigation mini map. Players will now be able to see more of the map, which should allow them to better assess upcoming turns unlike before where a turn could only be seen at the last moment. In the Automatic Love quest, the screen with pictures of Skye and Angel will be displayed for longer to make it easier to choose between them. Perk points can now be reset, autosave slots have been increased, and quest items can now be filtered in the Backpack.

The main character in Cyberpunk 2077, V, can be rotated in the inventory, a comparison tooltip for cyberware has been added, crafting components can be upgraded in bulk, elevators can now be used while carrying bodies, and the pet cat Nibbles has multiple spots to sleep in the apartment, among other changes.

Some of the balance changes to Cyberpunk 2077 include changes to detection time, which will now depend on the game’s difficulty settings. Enemies will be more aggressive when playing on ‘Very Hard’ difficulty. NCPD, in-game police, will now react to hitting non-payable characters (NPCs) with non-lethal weapons. Optical Camo cyberware is now available for purchase from Ripperdocs. Along with these, there are a host of changes to quests and gigs.

As for stability and performance fixes, dynamic resolution scaling has been improved, framerate consistency has been improved, and there are memory optimisations as well as crash fixes, streaming improvements, and more. There are also some console-specific changes for Cyberpunk 2077, such as improved streaming of city lights, no more save corruption when overwriting due to low memory, among others.

In terms of DLCs, this may come as somewhat of a disappointment to fans who have finished the game and are waiting for additional content. The new DLCs add “Johnny Silverhand’s Alternative Appearance”, “Multilayered Syn-Leather Deltajock Jacket,” “Luminescent Punk Jacket,” and “Archer Quartz ‘Bandit’” outfits, but nothing more. These will be available in Cyberpunk 2077’s main menu under ‘Additional Content’.