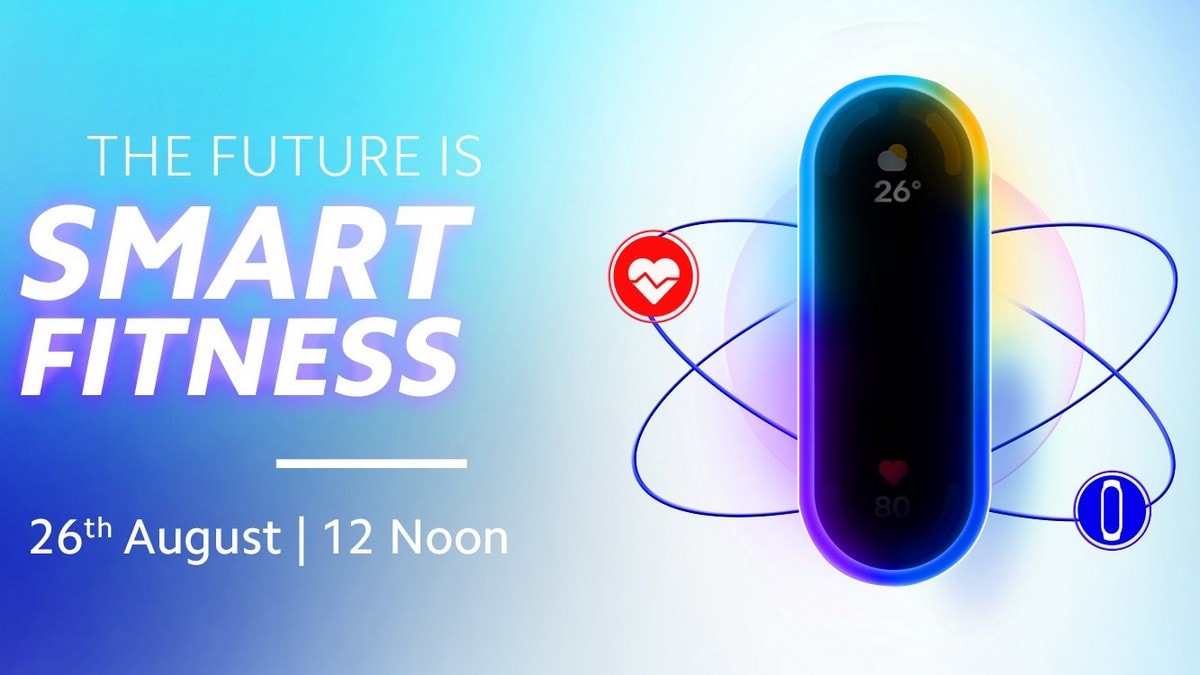 Mi Band 6 will launch in India on August 26 at 12pm (noon) at Xiaomi’s Smarter Living event. The smart band was launched in China back in March alongside the Mi 11 Ultra, Mi 11 Pro, and Mi 11 Lite 5G. The Mi Band 6 will be offered in four colours when it launches in India. Additionally, key specifications of the upcoming Mi Notebook model that’s also due at the event have been tipped and it looks like the laptop will be a rebranded RedmiBook Pro 15 that launched in China earlier this year.

Starting with the Mi Band 6, Xiaomi India has confirmed on Twitter the smart band will launch in India at its Smarter Living event on August 26 at 12pm (noon). It has also revealed that the Mi Band 6 will come with SpO2 sensor and have 30 sports modes. The smart wearable was launched globally back in March so its specifications are no mystery.

Mi Smart Band 6 features a 1.56-inch (152 x 486 pixels) AMOLED touchscreen display with 326ppi pixel density and 450 nits of peak brightness. It packs a 125mAh battery that is claimed to deliver a standby time of up to 14 days. The band takes about two hours to charge and supports Bluetooth 5.0. It is also waterproof up to 50 metres.

As for the upcoming Mi Notebook model, a tipster named Bishal Goswami (@bgos10) shared on Twitter that it may be a rebranded RedmiBook Pro 15 that launched in China in both Intel and AMD variants. India, however, will be getting the Intel model as teased by the dedicated event page on Xiaomi India website.

The page also reveals it will come with 16:10 aspect ratio, have 100 percent coverage of sRGB colour space, have a higher than standard refresh rate, backlit keyboard, fingerprint scanner, Thunderbolt connectivity, and a metallic unibody metal design. These specifications match that of the RedmiBook Pro 15 form earlier this year (not to be confused with the RedmiBook 15 Pro that launched in India earlier this month).

Both the Mi Band 6 and Mi Notebook will launch in India on August 26 at the company’s Smarter Living event.