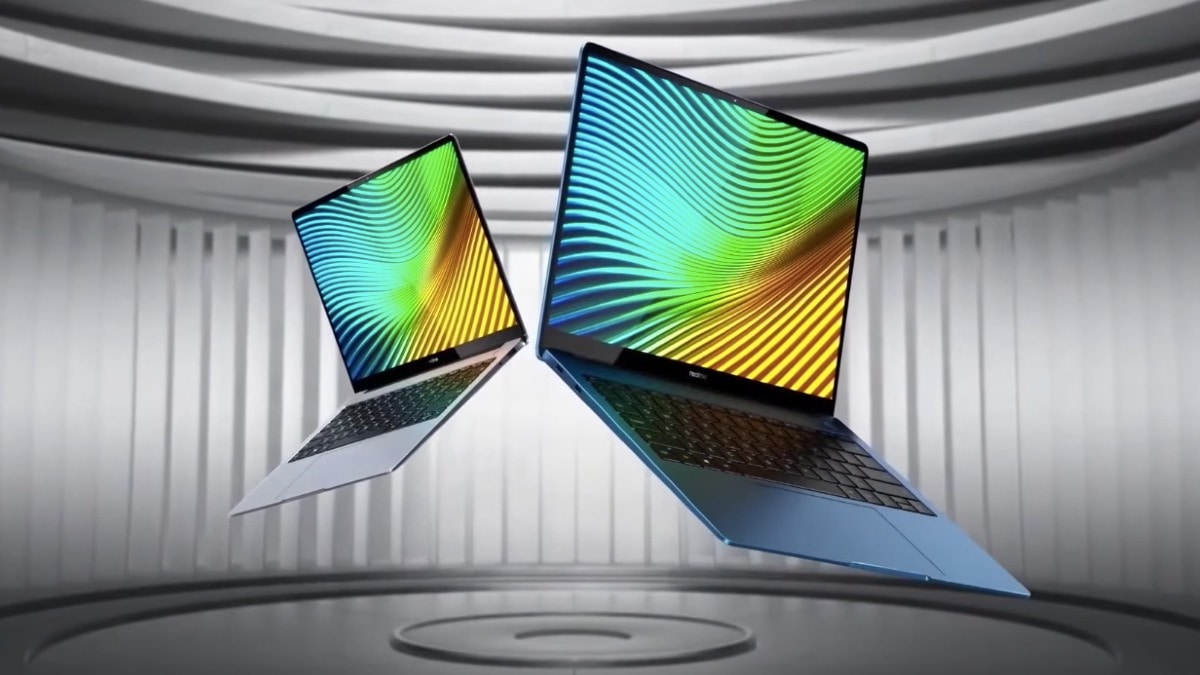 Realme Book Slim was launched in India on Wednesday, August 18 as the company’s first laptop model. The laptop features a 2K display and is powered by 11th Gen Intel Core processors. The Realme Book Slim comes in two distinct colour options and is designed with narrow bezels to deliver a higher screen-to-body ratio of 90 percent. Additionally, Realme claims that the laptop is capable of handling games such as League of Legends, Overwatch, and Shadow of the Tomb Raider. The laptop sports latest connectivity options including Wi-Fi 6 and Thunderbolt 4.

The Realme Book Slim runs on Windows 10 (free upgrade to Windows 11) and features a 14-inch IPS display that has a 2K (2,160×1,440 pixels) resolution, 100 percent sRGB colour gamut, and a 3:2 aspect ratio. The display is touted to be up to 33 percent brighter than typical laptops offering 400 nits of peak brightness. Further, you get narrow bezels at 5.3mm thickness on the sides and 8.45mm on the top. Realme claims that the thin bezel-design has helped enhance its screen-to-body ratio to 90 percent — more than the 82 percent screen-to-body ratio available on Apple MacBook Air.

Under the hood, the Realme Book Slim comes with up to 11th Gen Intel Core i5-1135G7 CPU, coupled with Intel Iris Xe graphics and up to 8GB of LPDDR4x RAM. You’ll also get up to 512GB of PCIe SSD storage. Additionally, the laptop carries a dual-fan ‘Storm Cooling’ thermal management system that has two copper pipes to disperse heat.

Realme has preloaded a feature called PC Connect that lets users connect their smartphone with the Realme Book Slim and use the phone’s screen directly on their laptop. It also brings a faster file transfer experience that works by simply dragging and dropping files on the laptop’s display. The PC Connect offers a smart application integration that enables the system to recognise file types of most data available on your phone to let you access them on your laptop seamlessly.

The Realme Book Slim features a backlit keyboard with a three-position backlight adjustment and a 1.3mm key travel. There is also a touchpad that supports multitouch gestures and Microsoft’s PTP precision touch technology. Further, there is a two-in-one fingerprint-power button.

On the multimedia front, the Realme Book Slim carries two Harman speakers that are claimed to deliver an immersive surround sound effect. The speakers are also backed by DTS audio technology. The laptop has two microphones that use artificial intelligence (AI) backed algorithms and a pre-processing technology to cancel out noise when participating in a video conference.

Connectivity options on the Realme Book Slim include Wi-Fi 6, Bluetooth, a USB 3.2 Gen 2 Type-C port, a USB-A 3.1 Gen 1 port, a Thunderbolt 4 port, and a 3.5mm headphone jack. The starting Intel Core i3 variant, however, doesn’t include the Thunderbolt 4 port and instead has a regular USB Type-C port. The laptop packs a 54Wh battery that is rated to deliver up to 11 hours of battery life on a single charge. It supports 65W Super Fast Charge that is claimed to charge 50 percent of the built-in battery in 30 minutes. The bundled charger also supports 30W Dart Charge technology, which means that you can charge your Realme phone or any other compatible device with the Realme Book Slim adapter.

The Realme Book Slim is made of an aluminium-alloy unibody design featuring a mirror logo. Lastly, the laptop is 15.5mm thick and weighs 1.38 kilograms.