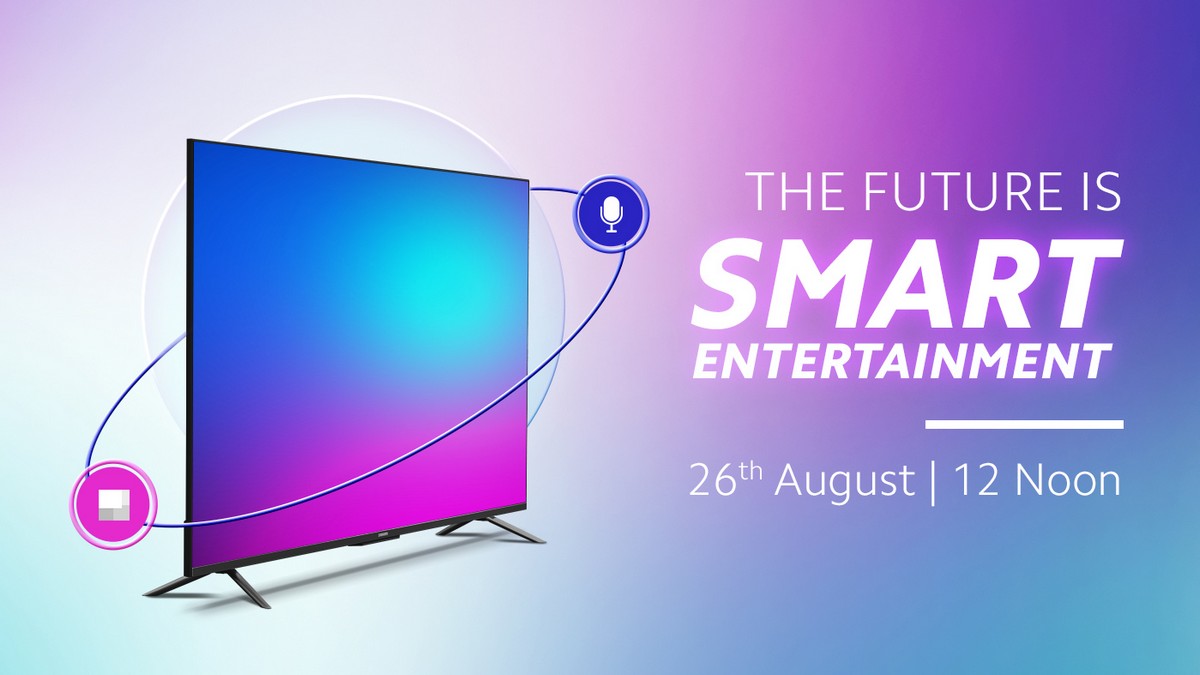 Mi TV 5X has been confirmed to launch at Xiaomi’s Smarter Living 2022 event set for August 26 in India. The company has teased some of the features of the new TV series that will follow the popular Mi TV 4X series which currently includes 43-inch, 50-inch, and 55-inch models in the Indian market. Mi TV 5X will have narrow bezels with a metal finish, fine-tuned visuals, a new generation of PatchWall interface, and more.

Xiaomi will be hosting its Smarter Living 2022 event on August 26 at 12pm IST (noon) where it will announce a few new products. It has already confirmed that Mi Band 6 and Mi Notebook will be unveiled at the event and now, Mi TV 5X has been added to the list. The new series of smart TVs from Xiaomi has been confirmed to launch at the event through a tweet by Xiaomi India. The dedicated event page has also gone live, showcasing some of the features coming with the Mi TV 5X.

Mi TV 5X will come with narrow bezels that have a metal finish. It will feature Dolby-powered audio that is backed by “class-leading power.” The picture quality has been improved as well and Xiaomi says it will be responsive to the environment that means there may be some kind of ambient light sensor that dynamically adjusts picture quality or brightness. Mi TV 5X will also get a new generation of PatchWall interface. It will come with far-field mics for better Google Assistant service. Lastly, the SoC will be future-ready, as per the dedicated page.

Three devices have now been confirmed to launch at the event — Mi Band 6, Mi Notebook, and Mi TV 5X. As of now, it is unclear if there will be multiple models of the Mi Notebook and the Mi TV 5X.

Vivo Y33s May Launch in India on August 23, Price Tipped

Twitter Makes First Interest Payment to Banks on Elon Musk’s $13 Billion Buyout Loan
Apex Legends Mobile Is Shutting Down in May, EA Won’t Offer Refunds for In-Game Purchases
Redmi Smart Band 2 With 1.47-Inch TFT Display Launched: Price, Specifications
Clap to join the Dark Side
With This Wallet You Can Do Everything