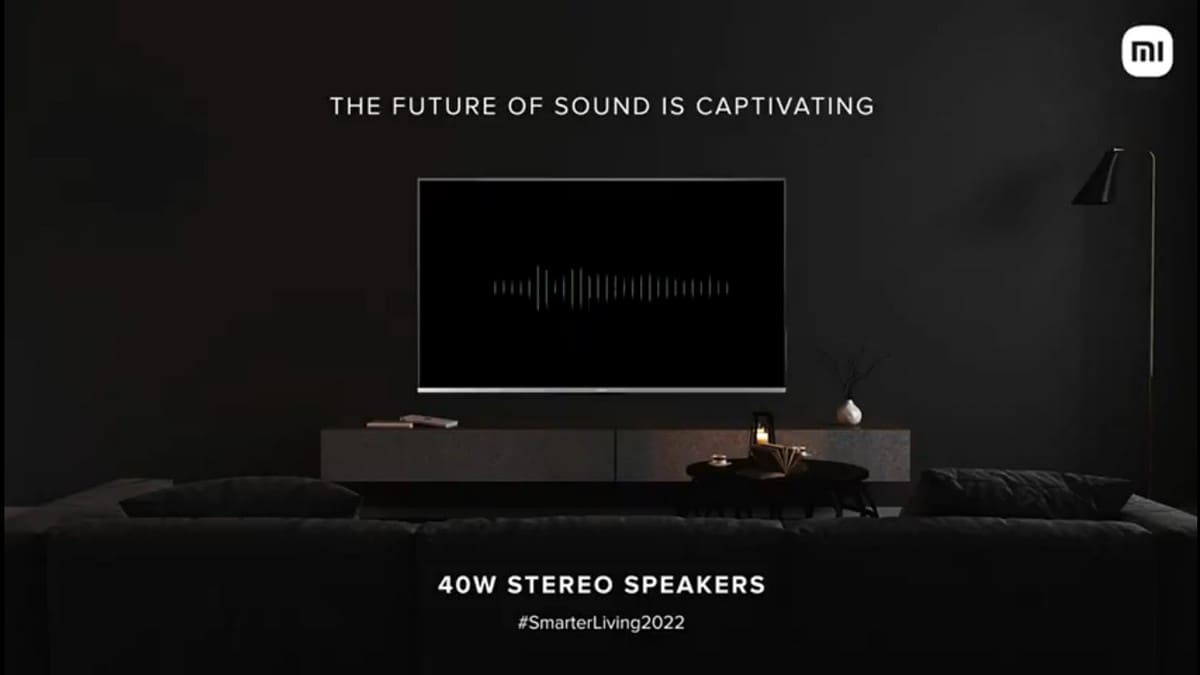 Xiaomi Mi TV 5X will launch in India on August 26 alongside the Mi Band 6 and Mi Notebook, and the company has been teasing some of the features of these products. Mi TV India has shared on Twitter that the Mi TV 5X will come with 40W speakers with Dolby Atmos support. The Mi TV 5X, as the name suggests, will succeed the popular Mi TV 4X series that includes 43-inch, 50-inch, and 55-inch models. As of now, it is unclear which sizes will be part of the Mi TV 5X series.

Xiaomi took to Twitter to share some of the features of the upcoming Mi TV 5X. Through its Mi TV India account, the company has revealed that the Mi TV 5X will come with 40W stereo speakers. In a separate tweet, the company shared that the TV will also have Dolby Vision and Dolby Atmos support. Till now, Xiaomi has confirmed that the Mi TV 5X will feature metal finish bezels, new generation of PatchWall interface, and far-field mics for easier access to Google Assistant. It also shared that the picture will be responsive to the environment – which could mean there are ambient light sensors that dynamically adjust picture quality or brightness.

The Mi TV 5X is claimed to come with future ready specifications, as per the dedicated event page on the official website. It will launch in India on August 26 at the company’s Smarter Living 2022 event that will start at 12pm (noon), alongside the Mi Band 6 and the Mi Notebook.

Xiaomi currently offers a range of smart TVs starting from inexpensive offerings all the way up to the Mi QLED TV 75 that costs Rs. 1,27,999. There are TVs under its budget friendly Mi LED TV 4A and 4C brands. As mentioned earlier, there are three models in the Mi TV 4X series. The Chinese company also offers a range of smart TVs under its Redmi brand.