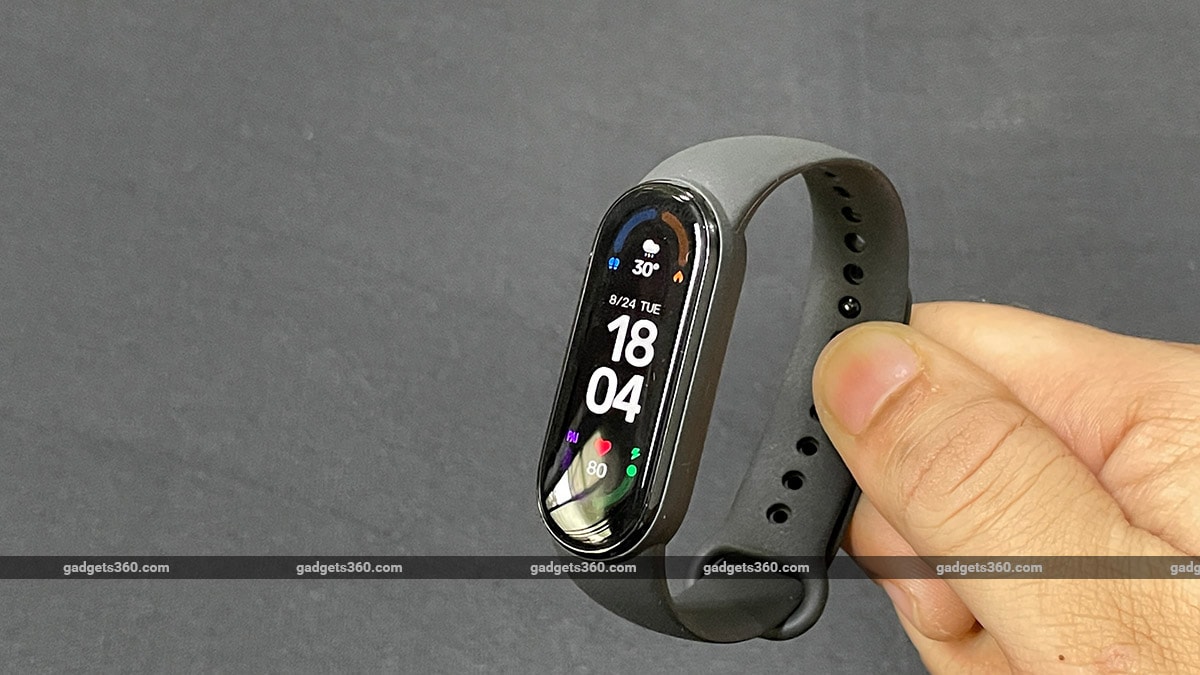 Mi Bands have been very popular in India because of how affordable they are and their features. These bands have also been quite accurate when it comes to fitness tracking, in our experience testing them. The new Mi Band 6 features SpO2 tracking, which was a highly anticipated feature. Xiaomi has also added a bigger display and the ability to track more types of workouts. So is the Mi Band 6 a complete package now? I got my hands on a Mi Band 6 and here are my first impressions.

The Mi Band 6 is priced at Rs. 3,499 in India (and owners of any previous Mi Band model can get Rs. 500 off). It is sold only with a black band and Xiaomi will also offer multiple band colour options including Orange, Light Green, Maroon, and Blue, which would need to be bought separately.

Xiaomi Mi Band 6 looks almost identical to the Mi Band 5 (Review) at first glance but the difference is apparent the moment its display lights up. It doesn’t have a rectangular display like the previous model – instead, there’s a big 1.56-inch capsule-shaped AMOLED panel that takes up the entire front face. This display has a 152×486-pixel resolution and there is tempered glass on top with an anti-fingerprint coating. It has thin bezels at the top and the sides while the chin is noticeably thicker.

There are no buttons on the device, and all interactions are touch-based. You can swipe on the screen to access different features and functions of the Mi Band 6. This fitness band is water-resistant upto 5 ATM.

The underside of the Mi Band 6 has sensors for heart rate and SpO2 tracking. There are also pins that make contact with the magnetic charger to charge the band. The Mi Band 6 has a 125mAh battery, which Xiaomi claims can be charged in under 2 hours. This new fitness band is claimed to offer 14 days of standby time.

There’s Bluetooth 5 for connectivity on the Mi Band 6 and it needs a companion app on your paired smartphone. You can pair the Mi Band 6 to the Xiaomi Wear or Mi Fit apps, and the fitness band is also compatible with Strava. It will support phones running Android 5.0 and above while iPhones running iOS 10 and above can also be paired with the Mi Band 6.

I found the big display to be bright enough when I used it indoors and it was quick to respond to my inputs. It has support for multiple watch faces and Xiaomi claims that you can choose from over 60 of them to customise the Mi Band 6. You can also use the app to customise different widgets as well as configure app alerts on this fitness band.

Xiaomi has brought SpO2 tracking to the Mi Band 6, along with the ability to log more types of exercises. It also gets a bigger display, but the battery capacity seems unchanged. Will this have an impact on how the Mi Band 6 performs? Is it the new go-to fitness band on a budget? Stay tuned to Gadgets 360 for our full review, to find out.