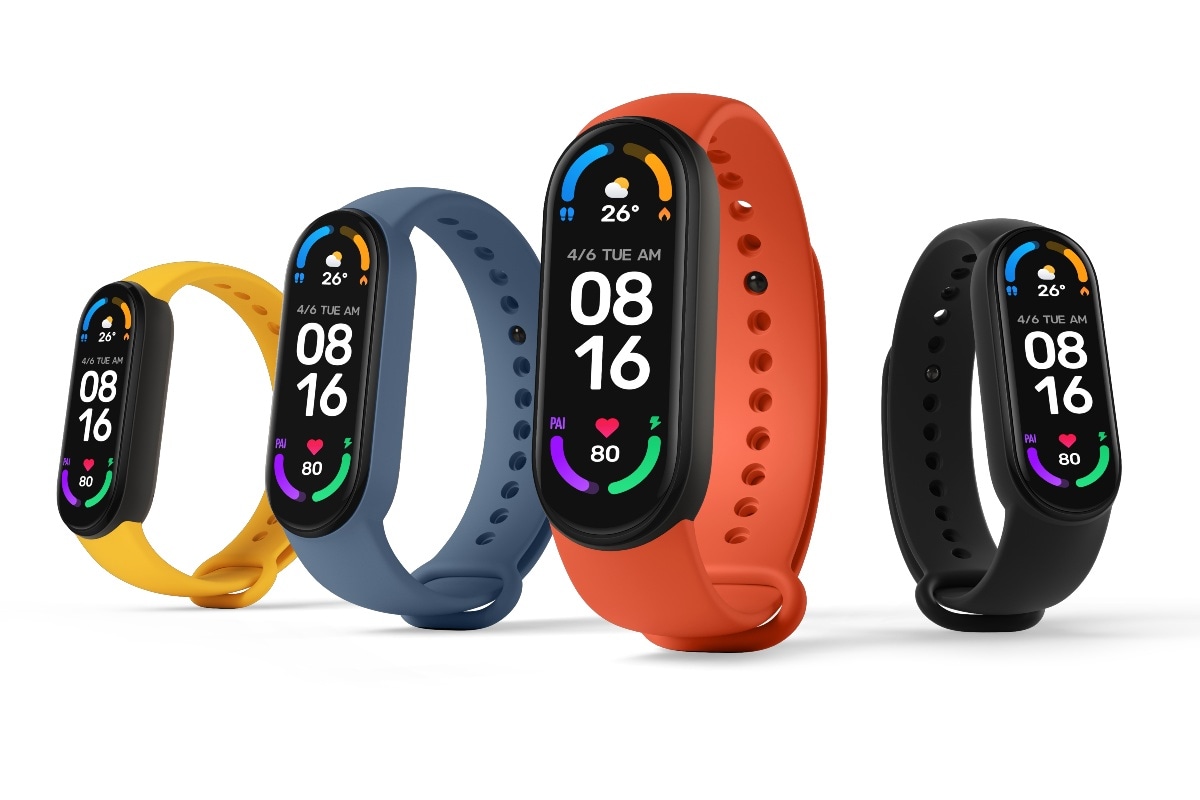 Mi Smart Band 6 price in India has been set at Rs. 3,499. The band will be available for purchase through Amazon, Mi.com, and Mi Home stores from August 30. It by default comes with a Black colour wrist strap, though customers can also separately get three other wrist strap colours, namely Blue, Light Green, Maroon, and Orange. Existing Mi Band users are eligible to receive a Rs. 500 discount on the Mi Band 6.

Xiaomi last year brought the Mi Smart Band 5 to India with a price tag of Rs. 2,499.

The Mi Smart Band 6 features a 1.56-inch (152×486 pixels) full screen AMOLED touch display that has 450 nits of peak brightness and 326ppi of pixel density. The screen is bigger in size when compared with the 1.1-inch AMOLED display of the Mi Smart Band 5. Xiaomi has also provided a list of themes and over 80 customisable band faces to deliver a personalised experience. The Mi Smart Band 6 also doubles as a fitness tracker using its built-in sensors to track a total of 30 workout types. These include indoor training such as stretching, professional sports like cricket and gymnastics, and activities including Zumba.

Similar to other fitness tracking wristbands, the Mi Smart Band 6 uses its built-in array of sensors to track heart rate monitoring and sleep. You’ll get an enhanced sleep tracking function that monitors naps, sleep cycles including rapid eye movement (REM), and sleep breathing quality. There is also SpO2 measurement support. However, it is important to note that the Mi Smart Band 6 doesn’t have any regulatory approvals to serve as a medical equipment.

Xiaomi claims that the Mi Smart Band 6 delivers up to 14 days of battery life on a single charge. The band is certified to 5 ATM water resistance and carries a magnetic port for quick clip-on and clip-off charging. IT can also be used to offer notification alerts for calls and messages and allows music control as well as camera remote shutter when connected with a compatible phone.

With This Wallet You Can Do Everything
Moto E13 Price in India, Launch Timeline Tipped; Could Launch Early Next Month
Samsung Galaxy Book 3 Series Design Renders, Key Specifications Surface Ahead of Launch: Report
Realme Coca-Cola Phone Officially Revealed, Hinting at Imminent Launch
Clap to join the Dark Side