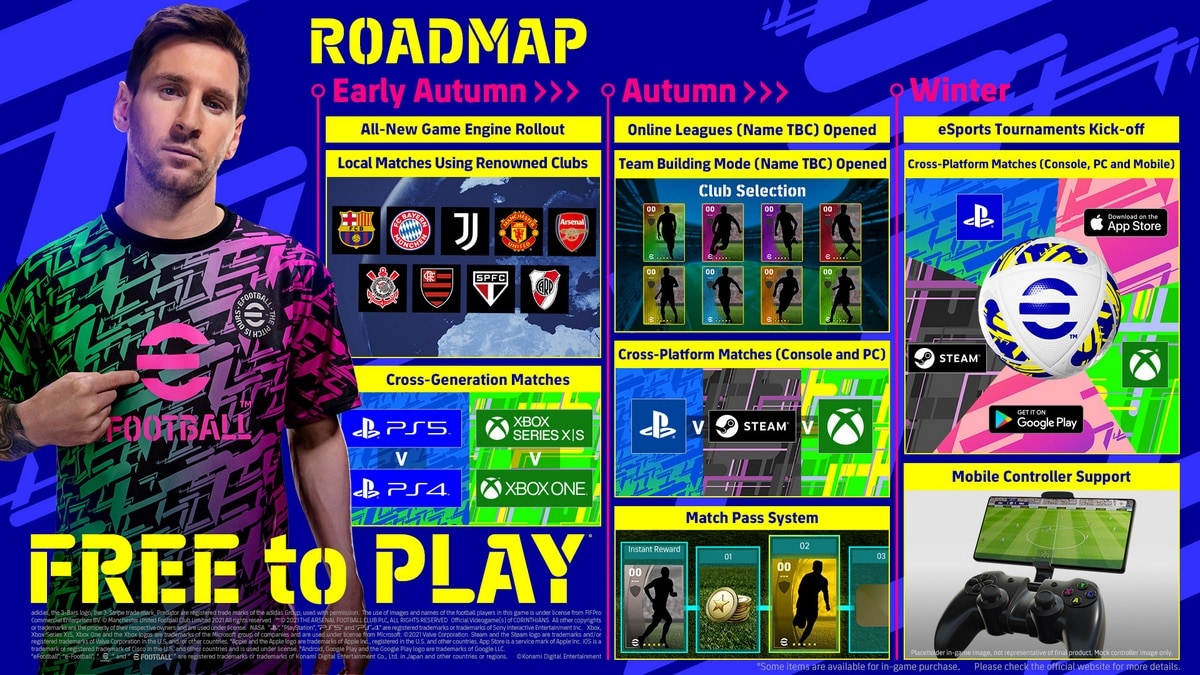 eFootball is scheduled to release this Autumn as a free-to-play football simulation title and developer Konami has shared some gameplay details and improvements that it brings over the previous releases. eFootball is the new simplified name for the long running Pro Evolution Soccer (PES) franchise that for a couple of years was called “eFootball PES.” Konami says it has reworked the gameplay in eFootball by making changes to ball control, deeper integration with PS5’s DualSense controller, physical battles between players, and more.

eFootball has switched to a free-to-play model this time around as the franchise has so far been on the annual paid release model like EA Sports’ FIFA. The game will release this Autumn for PS5, PS4, Xbox Series S/ Xbox Series X, Xbox One, PC, with Android and iOS versions following soon after. The new gameplay footage shows improvements and new features that will be present in the game.

Players will have more control over the ball right from a knock-on to a full dash. PS5 players will be able to get a more immersive feel thanks to the adaptive triggers and haptic feedback on the DualSense controller. Players can use a variety of dribbles and body feints to trick their opponents. There are also new defensive manoeuvres that will allow players to steal the ball more effectively. Defenders in eFootball will be more aggressive in terms of using their physique to steal the ball. As part of a future update, special kicks such as sharp crosses, fast lofted passes, and rising shots will be added to the game. However, these kicks will take more time to execute in-game.

The developers have focussed a lot on duels. They have incorporated several factors like speed of the player, ball speed, how players use their bodies, and more to make duels more realistic. The camera also zooms in at a duel when in the wide zone. eFootball will also bring new attacking and defending controls giving the player more freedom on what tactics to use and more control over them.