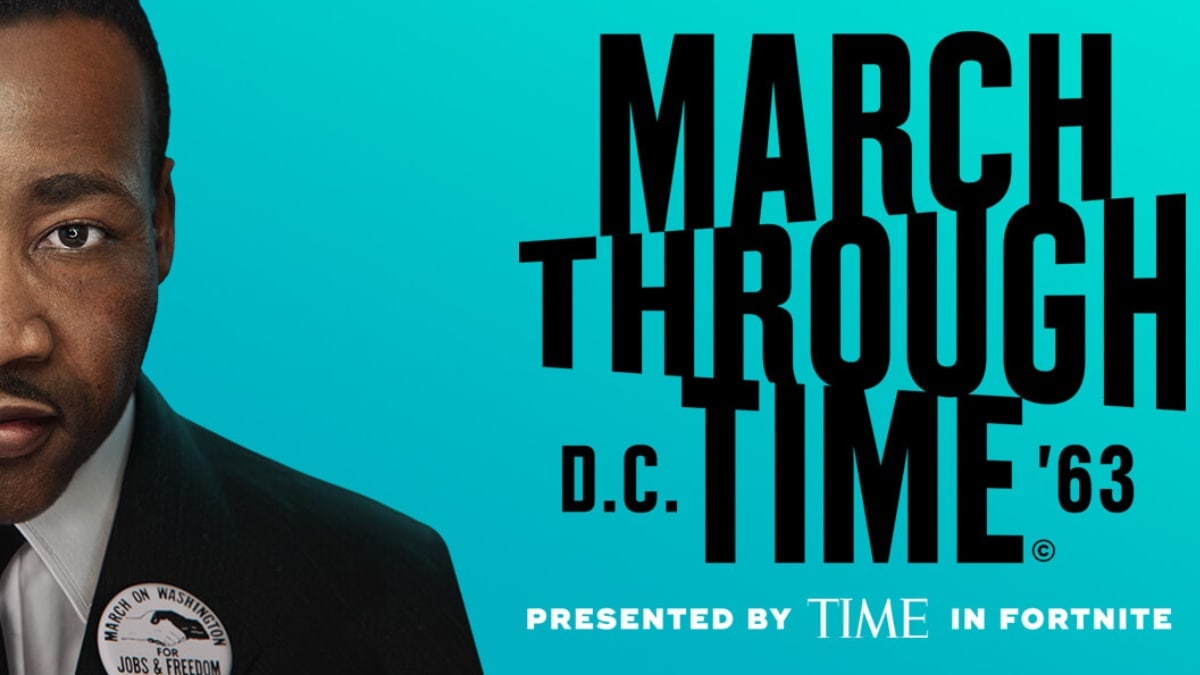 Martin Luther King, Jr. delivered his historic “I Have a Dream” speech from the Lincoln Memorial during the 1963 March on Washington. Nearly 60 years later, the full address has now become a part of the virtual world of Fortnite. The popular multiplayer game has included the full speech as part of a virtual event called March Through Time to provide players an immersive experience of the tumultuous civil rights struggle and King’s iconic march on August 28, 1963, in a “reimagined Washington,” said Fortnite in a blog post. The people behind the creative wing of the online game collaborated with Time Studios and others to craft the interactive exhibit.

March Through Time “teleports” players to a “reimagined” Washington, D.C., and tells them the story of the March on Washington for Jobs and Freedom, marked by King’s speech against racism in the US, and the larger civil rights movement. As the players move through the game, they are introduced to challenges and activities related to the movement. Completing them unlocks a “D.C. 63” spray for players.

Fortnite also said in the blog post that millions of people around the world have contributed to the “ongoing struggle” for civil rights as a global movement.

King was born on January 15, 1929, in Atlanta, Georgia, US. During the late 50s, he started giving impetus to the then-burgeoning civil rights movement. At the age of 35, he became the youngest person (at the time) to have been honoured with the Nobel Peace Prize. However, when he was informed about being selected for the Nobel Prize, he said that he would turn over the prize money of $54,123 (roughly Rs. 40 lakhs) for the benefit of the civil rights movement. He was assassinated on April 4, 1968, when he was standing on the balcony of a hotel in Memphis, Tennessee. He was in the city to lead a protest march in support of striking sanitary public works employees.

China to Crack Down on ‘Chaotic’ Online Fan Culture, Will Shut Down Channels That Spread Celebrity Scandals