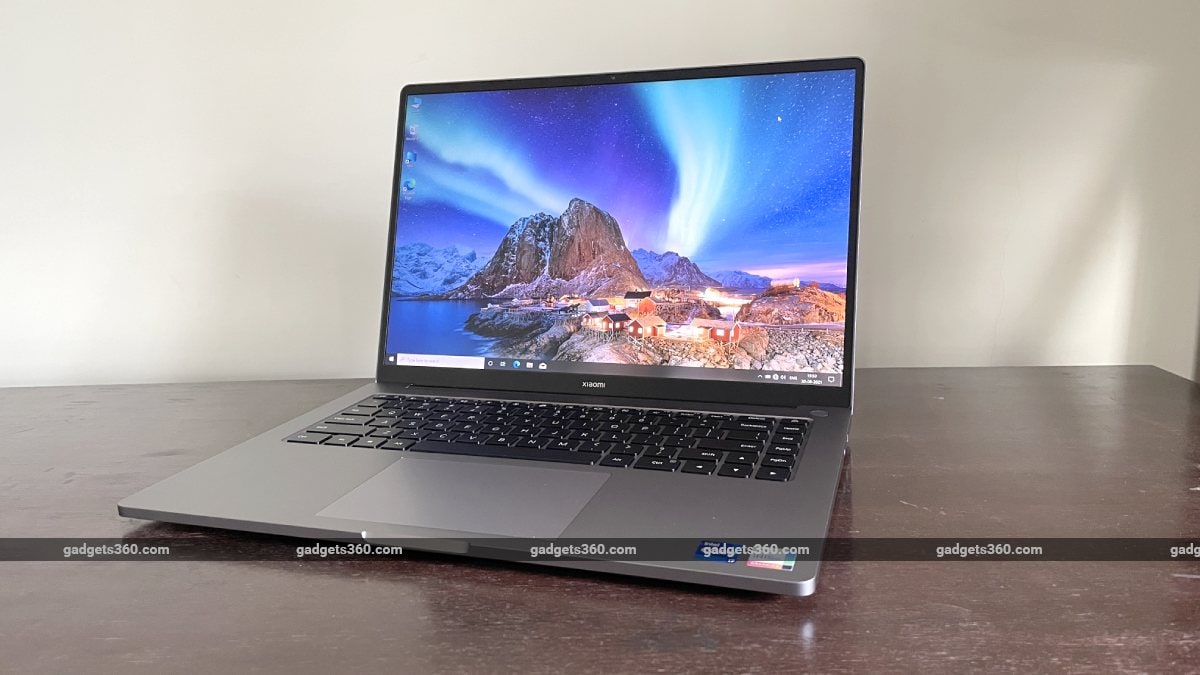 Just over a year after launching the competitively priced Mi Notebook 14 series in India, Xiaomi has followed up with the Redmibook series and now the 2021 Mi Notebook family. With these launches happening in rapid succession, Xiaomi has segmented its laptop offerings into mainstream and premium tiers, just like its smartphones and TVs. With prices starting at Rs. 56,999 and Rs. 59,999 respectively, the new Mi Notebook Pro and Mi Notebook Ultra are actually quite similar and share a number of interesting features. Today, I have the slightly more expensive Mi Notebook Ultra with me, and here are my first impressions.

While last year’s Mi Notebooks were all 14-inch thin-and-light models designed for mass appeal, the 2021 family so far is comprised of premium 14-inch and 15.6-inch models that offer quite a bit more in terms of features and specifications, at higher prices of course. The differences between the two mainly come down to display size and quality, and consequently their overall size and weight.

The Mi Notebook Ultra has an aluminium body with a dark sandblasted and anodised finish that Xiaomi calls Lustrous Grey. It’s a very slick look – plain and simple, but still high-end. Unlike last year’s completely minimalist look, there’s a shiny black Xiaomi logo in the centre of the lid. While still relatively slim at 17.9mm, the Mi Notebook Ultra weighs 1.7kg which is on the higher side for non-gaming laptops these days.

Flip the lid open and you’ll see the main selling point of the Mi Notebook Ultra – its 15.6-inch IPS LCD screen. This is slightly unusual because of its 16:10 aspect ratio and 3.2K resolution (2560×1600) as well as 90Hz refresh rate. Brightness goes up to 300 nits and colour coverage is rated at 100 percent of the sRGB gamut.

I particularly like the 16:10 aspect ratio, and I’m happy to see it make a comeback after years of manufacturers prioritising 16:9 for watching videos on. It’s a small but significant difference and is more comfortable for everyday work. First impressions of this screen are that it is very crisp and pleasant. It has a non-reflective matte texture and relatively narrow borders, and thankfully there’s a webcam in its rightful place, unlike last year’s models.

On the lower deck you’ll see the black keyboard which stands out against the dark metal. Potential buyers will be happy to note that there is backlighting now – this was on my wishlist for improvements to last year’s model. The layout seems fine, with generously sized arrow keys and a column of paging keys to the right. The power button has an integrated fingerprint sensor which should also make everyday usage convenient. One unique touch is a macro key, which is usually only seen on enthusiast or gaming keyboards – I’ll see how that works as I use this laptop for a few days.

The power button has an integrated fingerprint sensor, the arrow keys are not cramped, and there’s also a macro key

I’ll talk more about the keyboard and trackpad in my full review, after using the mi Notebook Ultra for a while. For now, I’m happy with this laptop’s overall construction quality – the lid doesn’t flex and it’s easy to open it with one finger. The lid can be pushed back far enough and the hinge feels sturdy.

You get a choice between the 11th Gen Intel Core i5-11300H and Core i7-11370H processors. Both are quad-core CPUs with HyperThreading and integrated Intel Iris Xe graphics. Both are based on the ‘Tiger Lake-H35‘ architecture and are different only in terms of clock speed, cache amounts, and GPU strength.

If you choose the Core i5 CPU, you can get either 8GB or 16GB of RAM – these variants are priced at Rs. 59,999 and Rs. 63,999 respectively. The Core i7 is available only with 16GB of RAM, for Rs. 76,999. All variants have a 512GB NVMe SSD. While the RAM is soldered and not upgradeable, the SSD is socketed, but Xiaomi advises going to an authorised service centre to swap it out if needed.

Xiaomi promises 12-hour battery life from the 70Wh battery, and that’s something I’ll have to test in my full review. Another thing worth mentioning is that you get a full license to Microsoft Office 2019 Home & Student Edition, plus you’ll be eligible for an update to Windows 11 when it’s released. I’ll be running plenty of tests including games, and checking the ergonomics, design, and value-added features of this laptop over the next several days. Do stay tuned for a full review, coming up soon.

Marvel Snap Is Rolling Out New PvP ‘Battle Mode’ That Lets Players Take on Their Friends
Apple Could Report Its First Decline in Quarterly Revenue in Nearly 4 Years, Say Analysts
Poco X5, Poco X5 Pro Listing Surfaces on Hungarian Retail Site, Specifications Revealed Ahead of India Launch
WhatsApp Banned Around 37 Lakh User Accounts in India in December 2022, Slightly Lower Than November
PlayStation Plus Collection Is Shutting Down, Players Can Redeem the 19-Game Collection by May 9