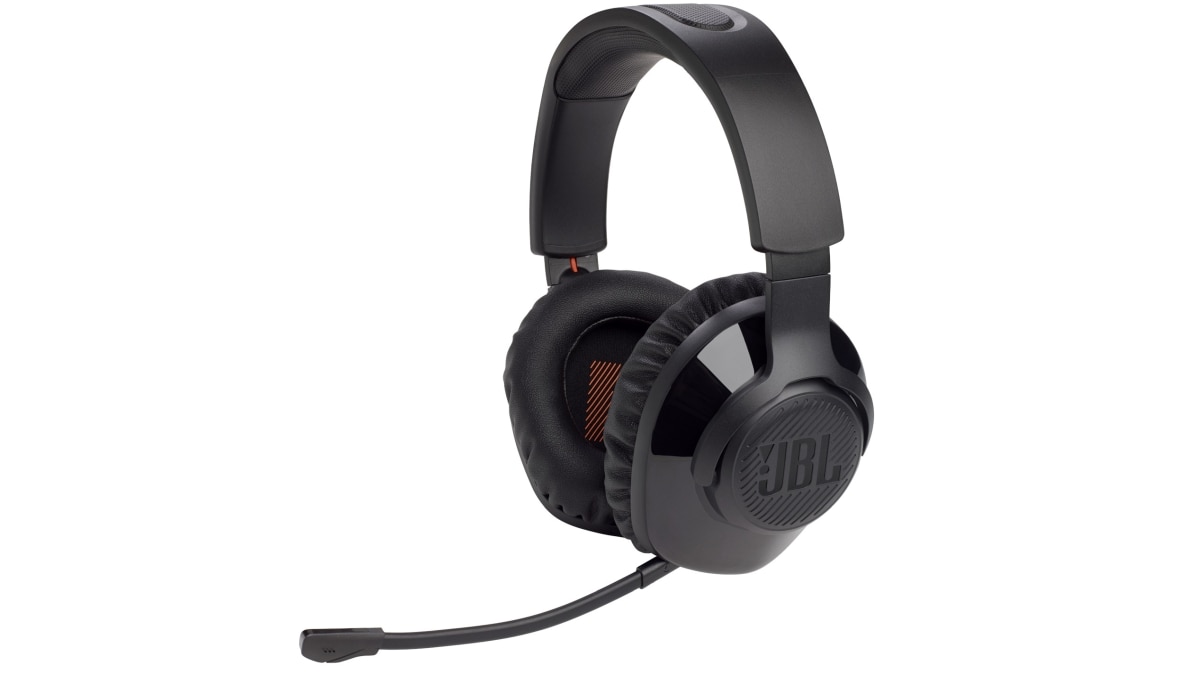 Samsung-owned audio company JBL on Thursday launched a brand new wireless gaming headset, the Quantum 350 Wireless, which has compatibility for both console and PC gaming. Along with the Quantum 350 Wireless, the company has announced a new lineup of true wireless stereo (TWS) earphones, namely the true wireless Reflect Flow Pro, Tune 230NC, and Tune 130NC. Finally, the company also unveiled a US-only pair of TWS earbuds, the JBL Endurance Race.

Alongside the wireless headphones and TWS earbuds, JBL also launched the Flip 6 Bluetooth speaker and new PartyBox portable party speakers on Thursday. Read on for more details about the new slew of JBL audio products.

The new addition to JBL’s Quantum gaming headset range, the JBLQuantum 350 Wireless uses a lossless 2.4G wireless connection via a USB dongle, with 40mm drivers featuring the company’s QuantumSound Signature and QuantumSurround tech. The ear cushions are constructed out of PU leather finish memory foam, and it is lightweight at 252 grams. PC gamers can use the JBL QuantumEngine software to customise the headset.

The Discord-certified Quantum 350 Wireless headset has a detachable boom mic, so it can also be used separately. JBL claims that the Quantum 350 Wireless has a battery life of 22 hours, and the speed charge gives up to 60 minutes of playback from just a 5-minute charge. With Power & Play, users can charge the headset simultaneously during gameplay via a USB cable.

The JBL Reflect Flow Pro fitness TWS earbuds feature the company’s Powerfin design, and feature an IP68 certification for dust and water resistance. The company is touting its Adaptive Noise Cancelling with Smart Ambient tech for intelligent noise cancellation. To that end, the earphones also feature six microphones including two beamforming ones, for voice clarity and wind suppression.

They also feature Bluetooth v5.0 connectivity, Google Fast Pair tech, and has Qi-compatible wireless charging support. JBL Reflect Flow Pro offer up to eight hours of playtime when noise-cancelling is on, and up 10 hours with it off. The case provides up to 20 hours of additional playback, bringing total battery up to 30 hours. The company claims with the speed charge feature, 10 minutes of charge provide up to 60 minutes of playtime.

The new JBL Tune 130NC and Tune 230NC are the successors of the Tune 125TWS and Tune 225TWS earbuds. Both have many similarities that include Pure Bass Sound, active noise cancellation (ANC), IPX4 water resistance, Bluetooth v5.2, touch controls, and a four-microphone array for calls. The Tune 230NC and Tune 130NC offer up to 8 hours of battery life with ANC on and an extra 24 hours of playtime from the case, going up to 10 + 30 hours when ANC is off. With the speed charge feature, users will get up to 60 minutes of playback with a 10-minute charge. Both the Tune 230NC and Tune 130NC support Dual Connect + Sync and work with the JBL Headphones app.

The biggest differences between the two true wireless stereo earphones are in design. The Tune 230NC feature a stemmed design while the Tune 130NC have a more compact round shape. The JBL Tune 230NC use 5.8mm drivers, in contrast to the Tune 130NC’s 10mm drivers.

The JBL Endurance Race fitness-focussed true wireless earbuds were launched in the US as well, and will go on sale in the country from October 17 priced at $79.95 (roughly Rs. 5,800). Features include a bud design, IP67 dust, and water resistance, up to 30 hours of battery life (10 hours on earbuds and 20 in the case), touch controls, as well as TwistLock and Enhancer tech.

JBL Endurance Race TWS earbuds are exclusive to the US