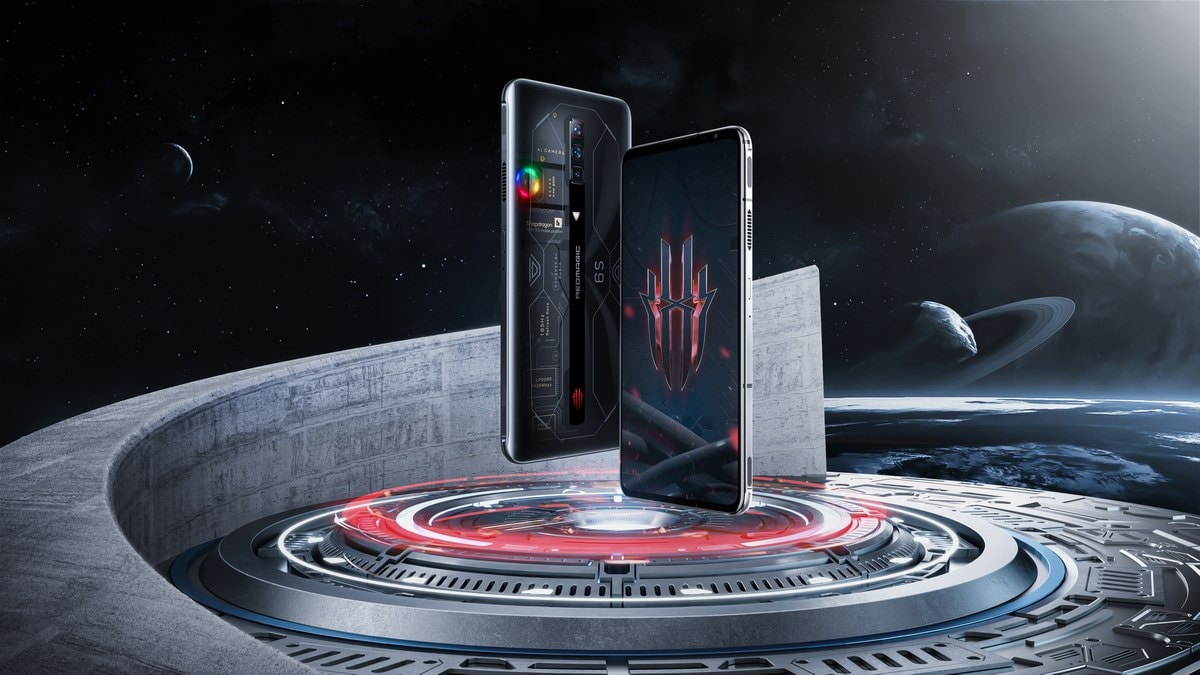 Red Magic 6S Pro gaming smartphone with a 165Hz refresh rate display has been announced by ZTE-owned brand Nubia. The new smartphone will be powered by a Snapdragon 888+ SoC that is paired with up to 16GB of LPDDR5 RAM. The gaming smartphone also comes with an “upgraded multi-dimensional cooling system” that gets an enhanced built-in cooling fan. The Red Magic 6S Pro comes with a 5,050mAh battery with support for up to 66W fast charging. Red Magic has also included a Charge Separation feature that helps keep the smartphone cooler while it is being charged during gaming.

The gaming smartphone packs a 5,050mAh battery with up to 66W fast charging support. The Red Magic 6S Pro also features a Charge Separation feature found in Game Space that bypasses the battery and takes power directly from a power source and helps keep the smartphone cooler while being during gaming.

The back of the Red Magic 6S Pro gets a new mappable touchpad area dubbed the “M key” that gives users more control and allows them to customise “either one or two actions by sliding across the touchpad to activate.” The two triggers can have been upgraded to feature a 450Hz touch sampling rate with a low response time of 8.3ms. The triggers are also customisable for any game.

Another feature found on the back of the Red Magic 6S Pro is the RGB-illuminated cooling fan. However, this is only available with the Ghost variant that gets the transparent back panel. The in-built fan has been claimed to increase air volume by 30 percent and air pressure by 35 percent. The smartphone also incorporates aerospace-grade phase change materials to keep it cool under load.

Samsung SSDs Are Dying!?
Microsoft Beats on Earnings
5G Rollout Can Unleash New Economic Avenues, Help in Development: Economic Survey 2022-23
Sony, Xbox and Nintendo Will Not Be at E3 2023: Report
Airtel Introduces Rs. 489 and Rs. 509 Prepaid Recharge Plans With Up to 60GB Data