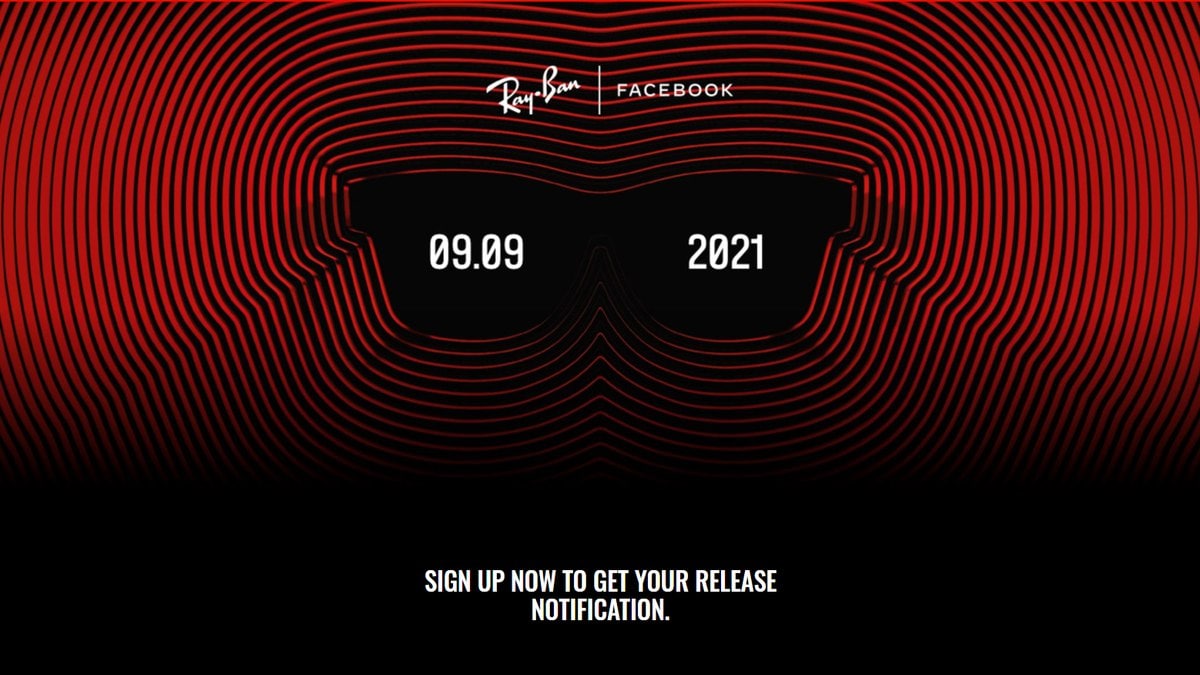 Facebook and Ray-Ban have partnered up to create a pair of smart glasses that could launch very soon. A microsite on Ray-Ban’s website shows a silhouette of the upcoming wearable and, apart from one key detail, it doesn’t divulge any information about what to expect from the pair. Earlier this week, Andrew Bosworth, Facebook Reality Labs VP apparently teased the smart glasses with a point-of-view video recording. The upcoming smart glasses are expected to come with a few augmented reality (AR) features, probably similar to the ones found on Snapchat’s Snap Spectacles.

The microsite on Ray-Ban’s official website, as mentioned, shows a silhouette of a pair of glasses along with Ray-Ban and Facebook logos. The teaser also mentions a date: September 9, 2021. Additionally, the microsite has an option for users to sign up for a ‘release notification’. It is not explicitly mentioned if the smart glasses will debut on Thursday, September 9.

Earlier this week, Bosworth shared a video on Twitter, which seems to be teasing the upcoming wearable. He shared a point-of-view video recording of him and Facebook CEO Mark Zuckerberg. The video, however, doesn’t mention anything about the expected Facebook x Ray-Ban smart glasses nor does it show them.

Last year, Facebook had announced that it will launch its smart glasses —  with Ray-Ban —  in 2021. Earlier this year, CEO Mark Zuckerberg also confirmed that Facebook’s next hardware launch would be smart glasses. Facebook is also working on creating true AR glasses but has said that it would take at least 5 years for those to be released.

The smart glasses may be similar to the earlier generations of Snap Spectacles by Snapchat. These spectacles have now evolved to become AR-equipped smart glasses made for artists and developers.