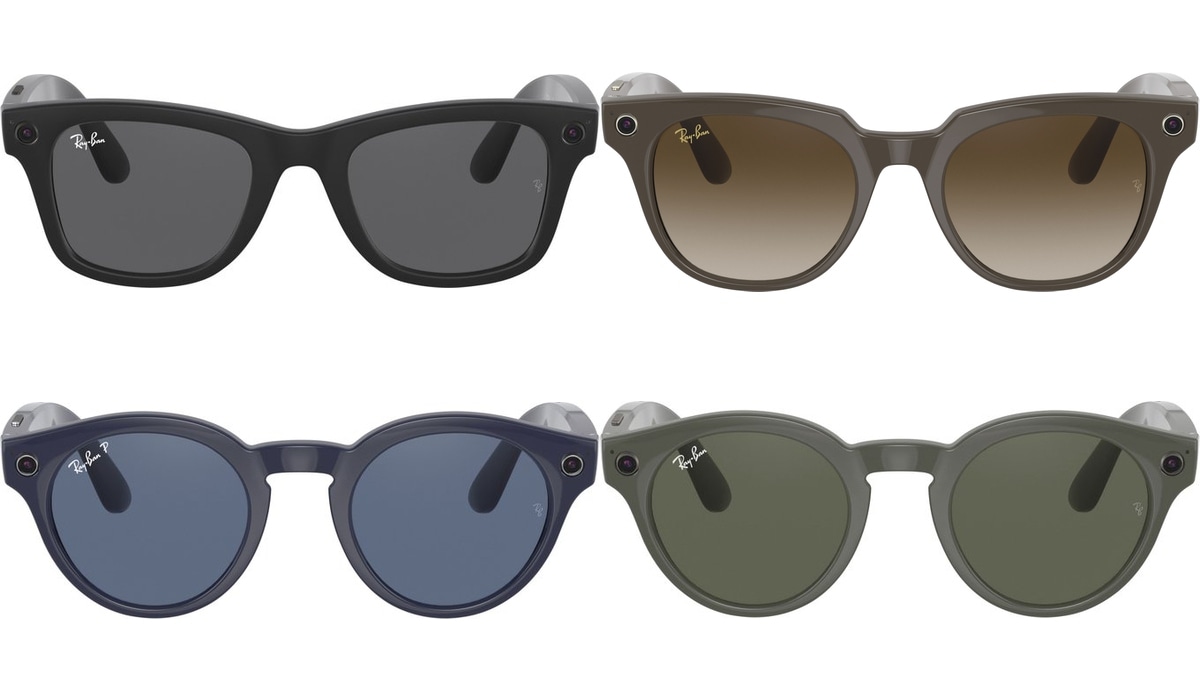 Known tipster Evan Blass (@evleaks) posted some official-looking renders of the upcoming smart glasses from Ray-Ban and Facebook on Twitter. The renders show the smart glasses in three different designs — Meteor, Round, and Wayfarer. Each design is also shown with its box and the contents inside. The wearable will come with a charging cable, a case, a pouch, along with safety and warranty, and reference guide booklets.

The renders for the smart glasses is shown in four colours —  Black, Blue, Brown, and Green. Some of the smart glasses are shown with “Ray-Ban P” etched on the right lens, signifying that they may also come with polarised lenses. As mentioned, there are two camera sensors on each wearable (one on each front-facing corner). However, the specifications of the sensors are not known as of yet. There is also a button on the right temple, being speculated to be the shutter button.

The renders show that the smart glasses could have their battery and other connected tech placed inside the bulky frames, given the inclusion of a charging cable in the box. The smart glasses may be unveiled later today as a microsite has appeared on Ray-Ban’s website.

The smart glasses have also been teased by Facebook Reality Labs VP Andrew Bosworth. He has shared a point-of-view video recording of himself and CEO Mark Zuckerberg. However, the video doesn’t mention anything about the upcoming smart glasses nor does it show them.